Everything You Need To Know About Phototransistors 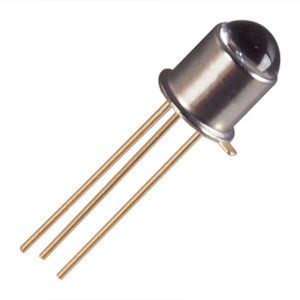 A phototransistor is a semiconductor device that converts light into electricity. It is made of three parts: the light-sensitive layer, the base, and the emitter.

The amount of current produced depends on the intensity of the light. This functionality is used in many applications where light needs to be converted into a usable form. For instance, it can be used to measure light intensity, control other devices based on light, or even act as an optical receiver.

These devices have a higher resistance when in the dark, but this decreases as the intensity of light increases. NPN phototransistors are usually used in applications where light needs to be converted into voltage or current. 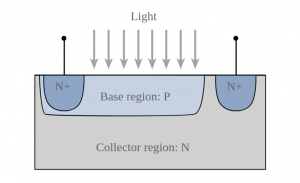 To understand how phototransistors work, let’s first look at the parts and components of this device.

From the structure, it can be seen that the base of a phototransistor is the same as that of a bipolar transistor. The collector region is typically wider than the emitter region, with two junctions between N-type and P-type layers. This structure is used because phototransistors are generally designed to be highly sensitive. 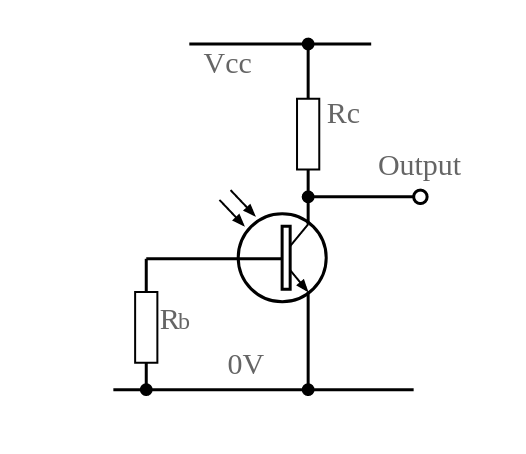 When light hits a phototransistor, it creates an upward flow of current. An increase in voltage will draw more current from the source, which can be used to control different devices. Therefore, a phototransistor will act as a switch, closing when light is present and opening when the light source is removed.

Key Differences Between Phototransistors and Photodiodes

Phototransistors and photodiodes are two devices that are often mixed up. What is the difference between them?

A phototransistor is a light-sensitive transistor that has a collector, base, and emitter. It is similar to a bipolar transistor and is made of the same materials.

A photodiode, on the other hand, is a semiconductor device that will only allow current to flow in one direction. It can be used as a light sensor but only when used in conjunction with a circuit to force current through it.

The main difference between the two devices is that they are made from different materials, have different structures, and will behave differently when exposed to light.

A phototransistor acts like a switch when exposed to light. A photodiode will only act as an amplifier if placed in conjunction with other circuitry that forces current through it.

A photodiode is made of silicon while a phototransistor is usually made of germanium.

The internal structures of a phototransistor and a photodiode are very different. A phototransistor contains an emitter, base and collector while the diode only has an anode and a cathode.

A transistor is able to amplify current while the diode will only allow current to flow in one direction.

– Operating Temperature – Phototransistors are typically designed for operation between -40 and +150 degrees Celsius. However, certain devices might be designed for a narrower range, so it’s important to check the specifications before purchasing any devices.

– Current Rating – Phototransistors are current-controlled devices, so they will have a maximum amount of current they can draw. This is measured in amperes and is typically very low—between 0.1 and 1 ampere.

– Sensitivity – Sensitivity is a measure of the change in resistance with respect to light. For example, a photocell with a sensitivity of 10k ohms/lux will have a resistance of 10k ohms when exposed to 100 lux (1 lux = 1 lumen per square meter). The smaller the sensitivity rating, the less light is required to drop the resistance by one-half.

Pros of Using a Phototransistor

Here are some advantages that come with using phototransistors in a circuit :

-Are highly sensitive to light: They can be used in low light conditions

Cons of Using a Phototransistor

Here are some disadvantages that come with using phototransistors in a circuit :

What are the applications of phototransistors?

Phototransistors have a wide range of applications which include:

-Lighting control: Lights are controlled by phototransistors. This is because they are able to control the amount of light that is emitted.

-Security systems: Phototransistors are used in security systems. They are able to detect people passing through the area. This is done by detecting the light that they emit.

-Card readers: Phototransistors are used in card readers. They are able to detect the magnetic strips on cards by sending out a signal.

-GPS systems: Phototransistors are used in GPS systems which help to determine the location of vehicles, ships, and aircraft.

Are you looking for a phototransistor? You should be keen on where you buy them from. Ensure that you buy from reputable manufacturers and suppliers. This is the only way of ensuring that you get the best quality of phototransistor.

You should be careful when buying from the internet since you can never be sure of the quality of the products that you will be getting. If possible, it is best to buy through sourcing agents such as ICRFQ. They will help source quality phototransistors in China.