Everything You Need To Know About Polymer Capacitor 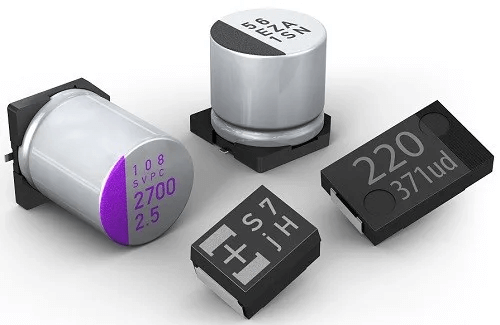 Polymer capacitor brings many benefits to electronic devices. It is mainly used for low-frequency content and has been used in high-end audio equipment for a long time. Today, polymer capacitor is becoming increasingly popular in various applications.

Polymer capacitor comes with an array of advantages over traditional electrolytic capacitors. The article explains everything you need to know about polymer capacitors so that you can decide if it’s right for your next project. Keep reading to discover the ins and outs of this special type of capacitor.

What is a polymer capacitor?

Polymer capacitors are smaller than electrolytic capacitors. They are often used for low-frequency content because they have better tolerance to heat and operate in high temperatures. This makes them suitable for many applications like video games, computers, and much more.

Polymer capacitors have a larger tolerance to humidity than electrolytic capacitors making them ideal for outdoor use too. They can easily withstand the effects of moisture, temperature changes, and mechanical shock.

The properties of polymer capacitors make them suitable for use in circuits that require high current or voltage capabilities such as power supplies and power management circuits in computers and televisions, motor control circuits, and electrical tools like drills, and mixers among many others.

What do polymer capacitors look like and how are they made? Well, they look like a standard capacitor with two metal plates. The dielectric is made of a transparent plastic film that is sandwiched between the two metal plates, the anode and cathodes.

After the assembly, the capacitor is rolled into a defined cylindrical shape. The electrodes are cased in an aluminum casing. Given their features and application areas, polymer capacitors are usually made using the Surface-Mount Technology (SMT). This manufacturing method allows them to be compact and fit into the PCB.

The transparent plastic film is made of polymers that are flexible and will not deteriorate in high temperatures.

Polymer capacitors are available in different shapes, sizes, and ratings depending on their intended use.

They come in cylindrical or rectangular shapes with either axial or radial leads. Their size ranges from very small to very large depending on the rating and application requirements.

How does a polymer capacitor work?

The capacitor works when an electrical current passes through it. The current flow causes the positive and negative charges to attract each other in order to balance out the charge difference between them. This creates a potential difference across the capacitor.

When a voltage is applied across a capacitor, there will be two results: First, the charges on the capacitor will spread out evenly, so that there are no differences in charges. Second, a potential difference is created between the two plates of the capacitor.

Components of a polymer capacitor

The main components in polymer capacitors are:

– Electrolyte: It is the conductive liquid (solid or liquid) that will be the medium for charge movement. The electrolyte can be a solid or a liquid.

– Dielectric: It is the material between the plates of a capacitor that will store and release charge. The dielectric may be an oxide, air, vacuum, paper, plastic film, ceramic, mica and other materials.

– Conductor/Electrode: A material with good electrical conductivity to carry current between two electrodes. The electrode can be made from various materials such as aluminum, silver or gold-plated brass.

– Electrode: A conducting path in a circuit where there is a voltage difference or potential difference across it.

– Separator: A thin layer of nonconducting material (polymer) is used to keep the electrodes apart from each other so that no direct contact occurs between them and keeps them insulated from each other. 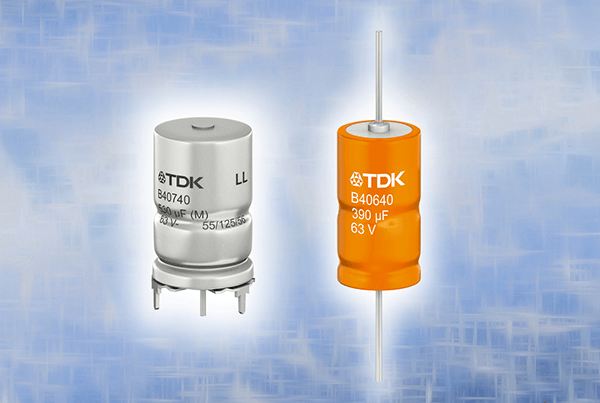 These are solid-state polymers with ionic conductors in their structure. They have high energy density and high power density compared to conventional polymer capacitors.

These capacitors are made of slid metals and use manganese dioxide as their main electrolyte. However, they tend to be easily affected by temperature changes. For instance, a slight increase in temperature will reduce the voltage rating of the capacitor.

What is the difference between polymer capacitors and ceramic capacitors?

Should I buy a polymer capacitor? Here are the top advantages that you stand to gain from this type of capacitor.

-High stability: Another advantage of polymer capacitors is their ability to maintain its working condition even after long periods of time. This means that this type of capacitor has a very high tolerance toward humidity and temperature variations. This means that you can use this type of capacitor in applications where you need quality and reliability over long periods of time.

-Low profile: Another advantage you stand to gain from using polymer tantalum capacitors is their low profile in comparison with ceramic tantalum capacitors. This makes it easier for you to install this type of capacitor in your electronic equipment. On top of that, polymer capacitors are lightweight and thus making them easy on your equipment’s power supply unit (PSU).

-Low ESR: ESR is the measure used to determine the amount of resistance that is produced by a capacitor. As such, this type of capacitor produces very low ESR values. This is because polymer capacitors have a very high dielectric strength and thus have very good ESR values.

-Low noise: Another benefit you stand to gain from using polymer tantalum capacitors is their ability to reduce or eliminate noise produced by other types of devices. This makes it easy for you to install this type of capacitor in your electronic equipment.

The main disadvantage of polymer capacitor is they tend to have high leakage current. This means that they may produce high voltage and current spikes, which can lead to damage to the equipment.

From their features and advantages, there is no doubt that polymer capacitors have a wide range of applications including:

-Computer motherboards: This is because they are reliable and do not produce any noise.

-Electronic equipment: These are also very reliable and do not produce any noise.

-Sensitive circuits due to their ability to reduce the noise

What should I look out for when buying polymer capacitors?

Here are some of the vital things that you should consider checking out;

-Dielectric: This is the material that the capacitor is made out of. It has to be able to withstand the high electrical and temperature conditions that it is subjected to.

-Temperature rating: If you are using polymer capacitors in high-temperature environments, then you need to ensure that they are rated for such applications.

-Efficiency: This refers to how well a capacitor can remove charges from the circuit, which will affect its ability to pass electrical signals. For instance, if your application requires a low ripple current (a small value), then a low ESR value will be best suited for your application.

Buy from a reliable polymer capacitor manufacturer and supplier

For instance, if you are buying in China, ICRFQ can do the sourcing for you. Simply contact us and we will do all that it takes to deliver quality polymer capacitors.