Everything You Need to Know About Power Density 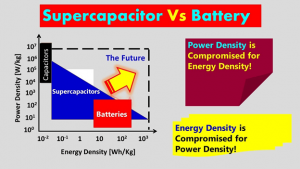 Power density is one of the most ignored topics in engineering, even though most engineers are familiar with it. Most think that it is not a big deal. This article presents an overview of power density by highlighting its basics and all the aspects you should know. In other words, you will learn more about power density, how to measure it, its applications, limitations, and how to overcome these drawbacks.

What is power density?

Power density can be defined as the measure of power output in relation to a volume unit. Power density is rarely used as a metric compared to energy density. However, it is a crucial topic in energy systems. In that case, engineers also need to differentiate between power density and energy density.

How Can You Achieve High Power Density in An Energy System?

Here are some ways to achieve power density in energy systems and devices:

One of the best ways, and the easiest, to achieve high power density is to reduce size. For instance, a tiny capacitor, inductor, or transformer provides the highest power density. However, this can also be a drawback when the final product value is considered. Choosing a smaller size to achieve high power density is an excellent technique when working with systems with increased switching frequencies. Reducing the size of a capacitor or inductor is possible with increased frequencies. However, other components, such as switch-mode circuits and switching regulators, do not require energy storage and filtering to generate the same outcome.

While the size reduction technique at higher frequencies is effective, it comes with limitations, especially when the reduction is pushed further. For instance, when the switching frequency is increased further, it is accompanied by switching losses related to the resistance when switching transistors or drain-source is on. Lowering this resistance is likely to raise the parasitic capacitance and gate charge. Charging and discharging the parasitic capacitance requires more energy, which leads to further loss.

Another factor that has been identified to limit the increase in power density is the reverse recovery in the main switching MOSFET’s diode. Lowering the switching frequency is the only way to prevent losses in such a system. Switching frequency becomes a vital design factor because of the trade-off between balancing induction and switching losses and component size.

The thermal performance of a transistor can also influence power density. This function is more likely to lead to switching losses. The transistor’s packaging determines how the system gets rid of the heat.

Increased switching frequencies have enabled designers to manufacture more compact ICs and transistors. This aspect has become a design factor since a smaller package makes it more difficult for the component to dissipate heat. In other words, the thermal performance of a device can be improved by preventing switching losses. This aspect allows for a more innovative package design, which is an essential factor for heat dissipation and achieving high power density.

Another way to achieve power density is by using more innovative transistors and ICs. Gallium nitride can be used to enhance performance in these devices. GaN transistors perform at higher frequencies without compromising efficiency. Additionally, devices manufactured using gallium nitride (GaN devices) experience fewer losses. Integrating innovative packaging with GaN manufacturing is a technique that can be used to achieve higher power density.

Generally, designers need to focus more on innovative designs and materials to achieve and improve power density. Enhanced gate drivers and better converter topologies are some of the most advanced designs that can be applied in this case. 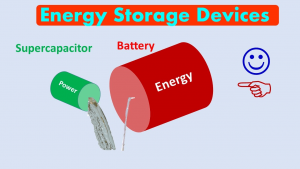 What Are the Applications of Power Density?

As suggested, power density is a topic that most engineers are familiar with, though they tend to ignore it. This technology in energy management systems is widely used in different industries to support various energy functions. For instance, an example of an application of power density is the energy storage in a camera flash. The system must be tiny to fit inside the cell phone and have high power output to illuminate the photo subject. In this case, a system with high power density is the most ideal. Other areas where power density is applied include:

One of the most significant features of drone technology is electric propulsion due to its many advantages. The system’s internal combustion engine often lacks vital features, even though it has higher power density and energy density. This aspect makes it difficult to use.

However, when a drone is powered by a fuel cell, it achieves the power needed to take off due to high power density and faster response. Nonetheless, this arrangement comes with some limitations.

A supercapacitor can be used to prevent the limitations of a fuel cell or battery as a power source. Capacitors are associated with the ability to limit fluctuations in dc bus voltage, faster charging and discharging, and overcharge tolerance. These characteristics are crucial in providing higher power density and quicker response.

What Are the Advantages of Power Density?

Here are some of the factors that make power density important:

Compactness: one of the trends in modern-day manufacturing is to make products more compact/smaller without compromising their ability to perform the required functions. Power density is a technology that helps manufacturers achieve this feature.

Power supply volume: one of the concerns in new products is power supply volume. This aspect becomes more concerning due to thermal considerations. However, power density is a better way to alleviate the challenge.

Power Density Vs. Energy Density: What Is the Difference? 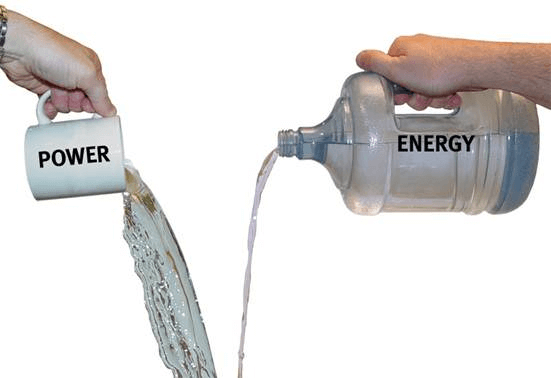 For instance, cell phones do not require large energy amounts to function. Instead, they need consistent discharge of energy over longer periods. This aspect means that cell phones require energy sources or batteries with high power density. On the other hand, a power tool like a power saw requires an energy source with high energy density to release large amounts of energy required to perform its functions.

Why Do You Need Power Density?

Power density is one of the concepts in energy management and supply that is often ignored despite its growing importance. Improvements in power density are easily achievable when an appropriate mix of techniques is used. For instance, designers can achieve high power density by lowering induction and switching losses, enhancing the thermal performance of a source, and increasing integration. Manufacturers can achieve improved efficiency, functionality, and compactness by understanding power density and its application in designing power supplies and power circuits.