This is becoming more common as systems and even individual ICs have power rails with their own nominal DC value, ramping up/down timing, and other characteristics. The approach employs a power management IC (PMIC) to manage a single rail, then expand it to many rails’ relationships and interactions.

What is an Electrical Power Management System?

An electrical power management system (EPMS) is an electronic system that delivers fine-grained data regarding power flow in a power generation plant or power substation.

EPMS keeps track of and reports on power systems and power-related events. This data is utilized in power generation stations and substations to manage power generation efficiency, batteries and capacitor banks, gas or steam turbine relays, and other systems. EPMS can show real-time or historical data in a visual format. The technology connects the critical data previously checked on many readouts and gauges by machine operators. EPMS is widely used in SCADA systems, especially in power plants.

EPMS can be found in manufacturing plants, huge ship generators, high-power demand areas, and power-producing stations. EPMS can be standalone, integrated with supervisory control and data acquisition (SCADA), or hybrid.

Many power-related relays can be automated with EPMS that incorporate generator protection and control (GPC) relays coupled with SCADA. This control aids in improving power efficiency, particularly during periods of a high draw. Some products claim to be able to cut peak power draw by half. When applied to the electrical grid, this reduction might reduce the likelihood of a power outage due to peak demand.

In terms of smoothing power demands, better power management is beneficial. Because the problem with energy systems is typically not that overall average power is too high, but that peak draw times surpass momentary power output, smoothing out peak and low demand is often highly advantageous and less expensive.

What is an Integrated Circuit? 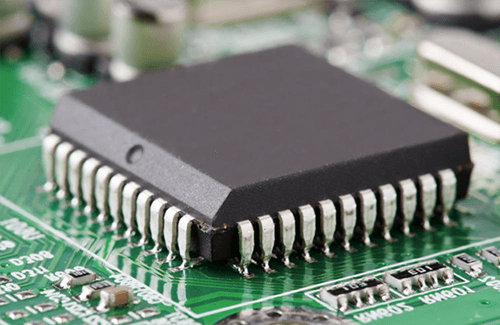 An integrated circuit (IC) is a semiconductor wafer on which a thousand or millions of tiny resistors, capacitors, and transistors are constructed as an integrated circuit (IC). Amplification, oscillator, timer, counter, computer memory, and microprocessor are all examples of IC functions. Depending on the future application of an exact IC, it is classified as either linear (analog) or digital.

All of this was corrupted by integrated circuits. The basic idea was to take a complete circuit, complete with many components and connections, and reconstruct it in a microscopically small form on the surface of a piece of silicon. It was a brilliant idea that has allowed for developing a wide range of “microelectronic” devices, from digital watches and pocket calculators to Moon-landing rockets and guns with built-in satellite navigation.

Jack Kilby and Robert Noyce invented the integrated circuit, and Noyce developed the IC at Fairchild. As a result, Jack Kilby of Texas Instruments in Dallas has used the same principle. July Noyce registered a copyright for his invention of the IC in the year 195. Ceruzzi left out the discovery of IC component separation.

While working at TI or Texas Instruments in 1958, an American electrical engineer named Jack St. Clair Kilby collaborated with Robert Noyce to develop the first integrated circuit. On December 10, 2000, he was awarded the Nobel Prize in Physics.

The die is a semiconductor material, such as silicon or Si, used in integrated circuits. Doping, Metallization, chemical-vapour deposition, and Photolithography are fabrication methods that can turn this into a working circuit. This method creates numerous circuits from a single wafer, diced apart. The die can be encased in a package and wired together via electrical connections between the packaging’s terminals, known as pins, and the die’s equivalent nodes on an IC.

All integrated circuits are polarized, which means that each pin of the IC has a distinct function and location, necessitating the inclusion of communication technology in the packaging. Most ICs will use a dot or a notch to indicate which pin is the primary pin. As you proceed counter-clockwise around the chip’s region, the rest of the PINs will increase in order as you locate the top pin.

How does an Integrated Circuit Work?

An integrated circuit works the same as an amplifier, timer, microprocessor, oscillator, and computer memory. An integrated circuit (IC) is a compact wafer constructed of silicon that contains hundreds of components such as resistors, transistors, and capacitors. Little components may carry out various calculations to save data using analog or digital technology.

Different integrated circuits, such as analog and linear functions, have permanent values, implying that an electronic component connected to a linear IC can use any value and output another value. As the o/p value is the linear input function, the linear IC is employed. In audio and RF amplification, linear ICs are commonly utilized.

What is a Power management integrated circuit(PMIC)?

The expansion of power management features in the average mobile phone and the volumes associated with each model urge for customization and ASIC integration. While the need to manipulate voltages and currents is incompatible with fine geometry complementary metal-oxide-semiconductor (CMOS) and integration with a digital baseband or applications processor, bipolar CMOS and CMOS technologies can be used to build PMICs with multiple voltage regulators on a single chip.

In terms of programmable regulators, power management integrated circuits (PMICs) typically offer one to three types—LDO, buck, and boost—that convert battery voltage to a stable voltage for a specific component. LDOs with integrated pass field-effect transistors (FETs) are low-cost, easy-to-use, and require only a filtering capacitor on the output. However, these benefits come at the cost of efficiency.

Switching regulators use an external inductor and capacitor to stabilize the output voltage VOUT after converting VIN to a different VOUT through a switching element. Switching regulators are more efficient and can withstand higher output currents than linear regulators. However, when the output has been regulated, ripple or switching noise persists even after filtering.

What functions can a PMC provide?

Power ICs are solid-state devices that control the direction and flow of electric power and may perform various basic electrical activities such as voltage conversion, voltage scaling, power source selection, and power sequencing.

Most of the variants are built using the BiCMOS technology, with specific models including a serial bus connection interface.

Is the PMIC a separate IC?

It is debatable. Some PMIC functions are embedded in the power-related IC, like a DC/DC regulator. And in some cases, they are also embedded in the load that the rails are feeding. In some circumstances, the PMIC is a separate IC that functions independently of the other power-related ICs. If the PMIC operations are implemented in the bigger IC, additional power-management functions for other rails and functions of the system may be required, necessitating a separate PMIC. PMIC functions are not only for bigger ICs and systems; even small ICs with numerous supplies, such as op-amps, may require sequencing.

It’s still unclear why a PMIC is needed, can you tell me more?

Even a single IC, such as an FPGA, may contain four, five, or more DC rails of varied voltages, or even the same nominal voltage but for separate sub-functions within the ICs (so they can be disabled to save power or meet I/O demands).

These several rails’ turn-on/turn-off sequences must be done in a specific, pre-set order in most systems. So that one (or more rails) is at a full voltage (or at least some pre-set value) before turning on another; in other instances, the turn-off sequence is also crucial. In addition, the rate of rising/fall (rise time/fall time) for these railways could be substantial.

Is power sequencing a new development in electronics?

No, it’s not; it’s been around since the early days of larger vacuum tubes when the electron-emitting filament (cathode) had to be fully heated before the plate (anode) could be turned on. This used to take a few seconds to several minutes and was done by hand or with interlocked relays and timers; currently, it’s done with a processor-based device like an Arduino board.

Is the PMIC equipped with circuit-protection features like power goods, overvoltage protection, Undervoltage lockout (UVLO), crowbars, surge protection, and others?

In most cases, no, because their functions necessitate capabilities and processes that aren’t always compatible with ICs. Furthermore, in many circumstances, the power-related IC or function (rather than the PMIC) performs these operations; thus, including them in the PMIC would be redundant. The UVLO function, on the other hand, is effectively implemented by the PMIC since it recognizes the “power good” and UVLO as part of the sequencing process.

How are PMIC functions and relationships established?

PMIC devices are pre-programmed with the relative timing and relationship between the various rails, albeit they do have some flexibility. Other PMICs are more fully user-programmable, commonly via an I2C or PMBus interface, allowing the user to fine-tune the sequencing and other factors that the PMIC is in charge of. The PMIC may require some external cents in some circumstances, such as resistors or capacitors. A dedicated microcontroller to perform PMIC capabilities may be utilized in particularly complex systems.

How does the PMIC control the power rails?

It’s usually accomplished with a low-on-resistance MOSFET installed between the rail source and the load. Like a load switch, the PMIC controls this MOSEFT and its resistance.