RCCB vs RCBO: What’s The Difference? 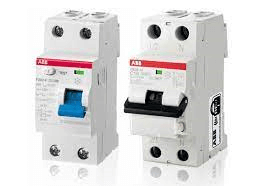 When designing an electrical installation, each circuit must be secured against overcurrent at its source. The overcurrent protection mechanism must ensure that both phase and neutral wires are broken simultaneously.

A dedicated circuit with the proper cross-sectional area, overcurrent, and residual current protection should be used to power some equipment. For overcurrent and residual current protection, many protection devices are utilized. The use of RCCB and RCBO in electrical installations is widespread. Do you understand the distinctions between these two devices, though? I made a comparison for you.

Residual-Current Device (RCD) or Residual Circuit Current Breaker (RCCB) are two terms for the same thing. It is an electrical wiring device that detects currents escaping the ground wire and disconnects the circuit. It also protects you against electric shock or electrocution from direct touch.

The current flowing through the circuit via the live wire should be the same as the returning current via the neutral wire in an ideal course.

When an earth fault occurs, however, current enters the earth wire unintentionally, such as when an open wire comes into touch with it. As a result, the amount of current flowing via the neutral wire is lowered. Residual current is the current differential between the live and neutral wires.

Will RCCB function if the earth wire is disconnected?

If the earth wire is detached and the insulation of the live wire in any appliance degrades for some reason, the leaking current should travel through the earth wire; if not, the charge will try to pass through the body of anyone who touches the equipment, resulting in an instant shock. However, the RCCB will quickly disconnect, and the damage to the human body will be solely determined by the RCCB’s sensitivity and tripping time.

A 32-63A rated RCCB that can sustain this current when tripped owing to leakage of 30-100 mA is the usual range to pick from for your household’s needs. Because 30 mA is incredibly sensitive, you may experience a few trippings for no apparent reason.

Sinusoidal wave is the type of AC suitable for usage in the home. 60 mA and 100 mA circuit breakers are used in most homes to balance no apparent fault and severe fault. When choosing a rating, consult an electrician and challenge his criteria using the information supplied above. 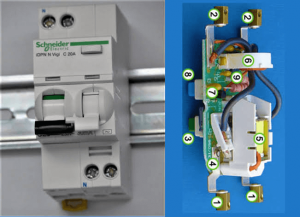 How to troubleshoot RCCB trippings?

RCCB tripping again proves a problem in the house, and troubleshooting it as soon as possible becomes a difficulty. There is usually no MCB tripping in this type of tripping. The use of a kitchen appliance, a plug/socket, a geyser, or mosquito repellant, among other things, is a possible cause.

As a result, isolate the MCB that feeds the kitchen and reset the RCCB. If successful, unplug each appliance one at a time or remove all plugs and replace them one at a time, then reset the RCCB and locate the plug that holds the RCCB. If the problem isn’t in the kitchen, try each MCB one at a time, plugging and unplugging all of your appliances until you identify the faulty one. If you open the appliance, plug, or socket, you will notice a minor flaw, which might have resulted in severe harm if left unaddressed.

An RCBO is an electrical circuit breaker that protects against leakage current faults, electrical shock, overcurrent faults, and short circuit faults. RCBO means Residual Current Breaker with Overcurrent. The RCBO is a hybrid of the MCB and the RCCB.

An MCB provides overload and short circuit protection. An RCCB or RCD protects a leaking current fault. However, both of these gadgets need the use of an RCBO.

Overcurrent and short circuit faults are significant factors in electrical circuits. However, the leakage current issue cannot be overlooked—a leakage recent fault results in significant power loss, excessive heating, and electrical shock. Insulation failure, sweating, water dropping, and other factors might cause a leakage current problem. As a result, protection against a leakage present fault is critical, if not mandatory.

A neutral cable should be run from the bottom of the isolator to the earth bar. The twin core and earth cables will be used for the outbound cables. Before joining the earth bar, earth sleeving should be applied to cover the earth wires. The brown live wire will need to be connected to the terminal ‘L’ out. The connector ‘N’ out should be linked to the neutral blue wire. The ground lead must be attached to the corresponding bar, and the wiring must be trimmed to the necessary length. This procedure should be completed by connecting the neutral supply lead to the right bar.

Before starting the installation, make sure the RCBO can handle at least 10mA, has a current rating of 25A, is SRIM certified, and can provide A-type protection. You’ll also need immediate access to a Live and a neutral wire. For the RCBO’s secure attachment, you’ll need a suitable screwdriver. You’ll also need a test pen to make that the power is turned off when the power is disconnected from the mains.

For the RCBO to function effectively, you must ensure that the wiring is connected correctly. The cable should be connected to the appropriate terminal and tightened using a screwdriver. The ground wire from the RCBO will be connected to the bar next, which will be tightened with the screwdriver once again. After that, you can turn on the power to the RCBO and any attached equipment. You may check the installation by pressing the RCBO test button and ensuring that the connection trips. In some cases, the terminal may need to be reconnected.

We need to protect against all electrical faults such as short circuits, overcurrents, and leakage current in some application areas such as medical equipment, residential wirings, and water pumps. We can do this with two devices, and MCB, an RCCB, or a single RCBO device.

Differences between RCCB and RCBO 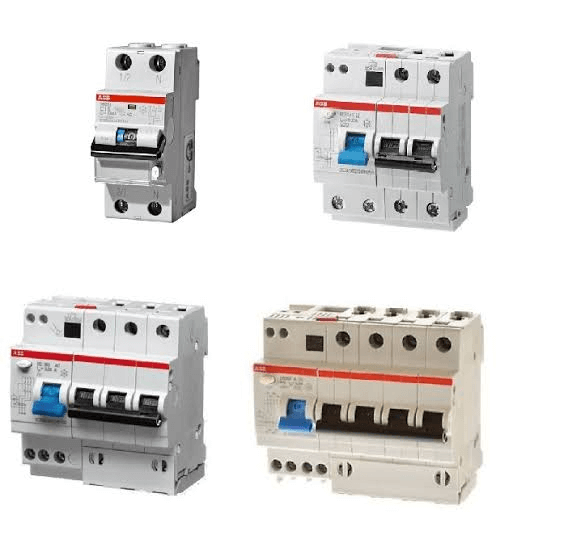 RCCB and RCBO are two different types of safety devices. The significant distinctions are stated below:

The RCCB protects the sole residual current. RCCB’s primary responsibility is to safeguard human life. There is no overload protection since RCBOs protect residual current and overload. Isolation is available on both devices.

The RCBO is a single device that protects against the residual current, overload, and short circuit. Wiring procedures can be completed in a fraction of the time. It also minimizes the amount of space required in switchboards.

RCCB is often wider than RCBO. RCCBs must be connected in series with an MCB or fuse to protect them from an overcurrent’s thermal and dynamic strains. You’ll need additional space inside the electrical cabinet if you connect RCCB and MCB in series.

Furthermore, replacing existing 1-pole MCBs with RCBOs in ancient buildings is quite simple and requires no additional space in the distribution board. This update improves the level of protection in electrical circuits by adding personal safety.

RCCB is less expensive than RCBO. An RCBO is nearly two or three times the price of an RCCB. As a result, RCCB has a substantially larger market cap than RCBO.

RCCB has a broader range of applications. It can be used in various industrial, commercial, and residential settings.

RCCB provides dependable and complete protection against overcurrent and earth fault currents in any application where dimensions may be an issue. Zones for marinas and camping, switchboards for temporary situations such as yards or shows, industrial outlets, and power generators are all examples of places where space is limited.

The RCBO is easier to install than the RCCB. The RCBO was created to improve the operation, make troubleshooting easier, and reduce inefficiencies and downtime.

The breaking capacity of RCBOs is very high. RCBOs integrate earth-fault current and overcurrent protection in a single device, ensuring large breaking capabilities. (Up to 10kA in most cases).

In comparison to RCCB, the sensitivity range of RCBO is limited. The RCCB can handle up to 1000 mA, but the RCBO can only handle 300 mA.

RCCB has a much longer lifespan than RCBO. Because the RCCB only trips when the circuit still has a residual current.

Lastly  if you need any electrical component, contact us at ICRFQ we are the best electrical manufacturers in China.