RCD vs MCD: What’s The Difference？ 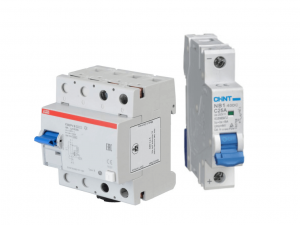 Every year, many people are harmed in electrical accidents at home. Many of these injuries may have been avoided if a residual current device (RCD) and a microcircuit breaker (MCB) had been installed in the house’s consumer unit. These gadgets can save lives by shielding us from lethal electric shocks and giving us some fire protection. RCDs and MCBs are both protection devices, although there are significant distinctions between them.

What is an RCD? 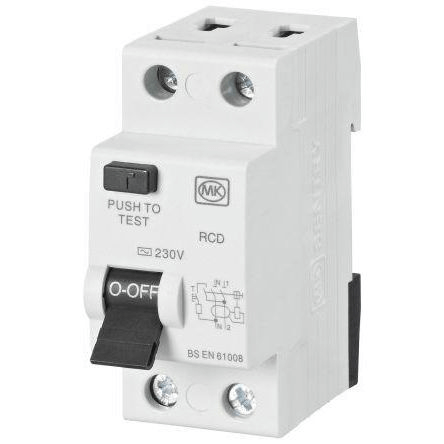 A residual current device saves many lives from electrical shock worldwide. It can be regarded as a lifesaver due to its safety features. Furthermore, the RCD prevents many non-fatal injuries in the home and commercial sectors where electricity is present. Residual current devices are typically installed by skilled electricians, who pair the device with a consumer unit to house it and connect it to the electrical network.

A typical RCD has the appearance of a bit of switch that can be operated and is positioned inside a consumer unit or fuse board. A consumer unit is simple to locate in a home. It resembles a white box and can be found everywhere from beneath the stairs, the garage, a basement, or a kitchen cabinet.

Overall, having an RCD operating in a household is critical. If one is not installed, there is a possibility that the electrical circuits will not have complete circuit protection. You can also utilize an RCBO (Residual Current Circuit Breaker with Overload Protection), a circuit breaker, and RCD combined into one handy device. You don’t need an RCD if you utilize all RCBOs to safeguard your circuits instead of circuit breakers because the RCBOs provide residual protection.

If there is a power spike in the electrical current, lighting or other equipment could fail. It is highly suggested that this crucial safety equipment be put within the property to protect against dangerous power surges.

A little circuit breaker (MCB) is an electrical switch that automatically shuts down an electrical circuit when the network is in an abnormal state, such as an overload or faulty condition.

We now employ an MCB in a low voltage electrical network using a fuse. Although the fuse may not detect it, the miniature circuit breaker reliably does so. Overcurrent is far more sensitive to an MCB than a fuse.

The bimetallic strip heats up and bends when a continuous overcurrent flows through an MCB. A mechanical latch is released when a bi-metallic strip deflects. Because this mechanical latch is connected to the operational mechanism. It forces the miniature circuit breaker contacts to open and the MCB to switch off, effectively terminating the current flow in the circuit. The MCB must be manually turned on to restart the flow of current. This device guards against faults caused by overcurrent, overload, and short circuits.

However, in the event of a short circuit, the current rises abruptly, triggering electromechanical displacement of the plunger associated with a tripping coil or solenoid. The plunger strikes the trip lever, forcing the latch mechanism to disengage and immediately open the circuit breaker contacts. This was a basic explanation of how a microcircuit breaker works.

An MCB is a simple, easy-to-use device that is rarely repaired. It’s simply easier to replace. The trip unit is the most critical component, and it is responsible for the trip’s proper operation. There are two kinds of trip mechanisms. A bimetal protects against overload current, while an electromagnet protects against electric short-circuit current.

The current coil or trip coil is positioned so that during a short circuit fault, the magneto-motive force (MMF) of the coil causes its plunger to strike the same latch point, causing the latch to be shifted. The same latch point is gone when the microcircuit breaker’s working lever is operated by hand, when the MCB is turned off manually, resulting from moving contact separated from fixed contact in the same manner.

The same latch point is displaced, and the same deformed spring is released, which ultimately causes movement of the moving contact. This could be due to deformation of a bi-metallic strip, increased MMF of a trip coil, or a manual operation.

When the moving contact is distanced from the stationary contact, there is a high possibility of an arc. This arc then ascends through the arc runner, splits, and is eventually quenched. When we turn it on, the displaced operational latch is returned to its original position, and the MCB is ready for another switch-off or trip action.

RCD vs MCD: What’s The Difference？

Using a differential current transformer, RCD measures the current balance between two conductors. The gadget opens contacts when it senses a current differential between the line and neutral conductors. If the supply and return currents do not add up to zero, there is a current leakage somewhere else. RCDs are designed to activate within 25-40 milliseconds of an electric shock causing ventricular fibrillation, the most prevalent cause of mortality from electric shock.

In the MCB, there are two modes of operation. The first is caused by the overcurrent’s thermal effect, while the overcurrent’s electromagnetic effect causes the second. The employment of a bimetallic strip achieves the thermal action of the microcircuit breaker. However, during a short circuit, the abrupt increase in electric current induces electromechanical displacement of the plunger associated with the tripping coil or solenoid of the MCB.

RCDs with two and four poles are the most frequent. However, MCBs come in various pole configurations, including 1, 2, 3, 4, 1+N, and 3+N poles.

Several product standards require RCDs to have a test button (labelled “T”) on the front panel. The user can ensure that the item is functioning correctly. The test button enables the user to determine whether the RCD can trip in the event of an earth leakage current. If the device does not trip, it must be examined to see if it is no longer in service. There is no test button on the MCB.

Location in the circuit

RCDs are found in downstream circuits, whereas MCBs are located upstream. The highest permanent current for which the RCD is intended is indicated by its current rating. The circuit breaker positioned upstream on the power supply line protects it against overloads. As a result, the residual current circuit breaker’s rating must be equal to or greater than the rating of the upstream circuit breaker.

MCBs have a wide range of uses, including domestic appliances, motors, heaters, cable protection, semiconductors, sensors, etc. RCDs are commonly employed in residential applications and some unique applications like drives.

The typical cost of an MCB is less than that of an RCD. However, the market for MCBs is more significant than that of RCDs.

The devices listed below are all RCDs with additional functions and capabilities that provide cost-effective solutions in various applications.

The characteristics of overloads and short circuits fluctuate depending on the type of load. As a result, numerous MCB kinds are available to provide adequate protection. MCBs of the B, C, D, K, and Z types can be employed in various applications.

MCB has a longer track record. Hugo Stotz designed the current micro circuit breaker in 1924. The first RCD was built at an unknown time and by an unknown person.  The first operational residual current devices for use in low-voltage systems were developed in the 1940s, focusing on protection in the case of insulation failure. Their sensitivity was approximately 100 mA.

Although RCDs and MCBs have a similar appearance and construction, they serve distinct functions. An RCD will save your life by guaranteeing that the current is switched off in the event of current leakage or an imbalance in current, resulting in electrocution. It’s as simple as that. An MCB will protect your home from electrical fires by ensuring that the wires are not overheated and that no electric circuits are overloaded.

You must make sure that you have both of them in your home. The unpleasant reality of electricity is that even 30mA of current might trigger a cardiac arrest or irreversible damage to your body. As a result, the RCD trips at the 30mA limit, guaranteeing that no harm is done and no one is killed.

Because it is primarily concerned with your home’s electrical equipment, power usage, wiring, and cabling, MCBs have a higher breakpoint of 10, 16, or 32A. When it detects an overload on a circuit, it will break. As a result, it protects your home from the possibility of an electrical fire by ensuring that the wires do not overheat and cause extensive damage.

Installing two RCDs in your home to protect the power and light circuits is required by law. You must have one MCB per circuit for circuit breakers. RCDs are typically located near the main switchboard. Typically, new MCBs are put above or below the existing circuit breakers.

The RCDs’ functionality can be evaluated by pressing a button and checking if it trips or not. There is no foolproof method for testing an MCB. So, whenever you rent a property, buy a new property, or move somewhere new, ensure at least two RCDs are installed for your (and your family’s) safety.

Lastly, for advice or purchase of RCD and MCB, contact us at ICRFQ. We are the best manufacturers of electrical components in China.