Everything You Should Know About RF Modulator 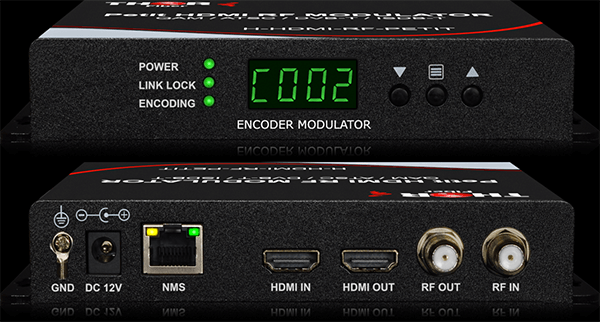 While the days of the DVD and VCR may have passed us by, we still have a lot of these devices. We frequently watch television on set-top boxes, and some of us may even have a DVD player at home. Connecting it to a TV or screen is a different story. Some of us may prefer to do it wirelessly to save time and effort. But how do you go about doing it?

When you ask your friendly local expert or Google for help, you could come across the term ‘RF Modulator.’ But what is it, exactly? What is the purpose of an RF Modulator? This article will help you answer all your questions about it.

When a signal is transmitted across a long distance, it may incur many losses. The signal that eventually reaches the end is massively damped, and a lot of information is lost. The approach to avoid such a loss is to modulate the signal.

Modulating a signal entails mixing it with a higher-frequency wave. This decreases the losses that occur during the transmission of waves over a long distance, allowing the wave’s travel distance to be considerably extended. RF transmissions are among the highest frequency signals and can be used to transmit data across long distances.

What Is RF Modulator

RF modulators convert signals from VCRs, DVD players, media players, and gaming consoles into a format that can be read by a device designed to receive a modulated RF input, such as radio and television receivers.

The RF modulator turns a DVD player’s (or camcorder’s or video game’s) visual (or audio) output into a frequency that may be assigned to any channel compatible with a TV’s cable or antenna input. There are many different types of RF modulators, but they all work in the same way. RF modulators can also convert audio and video signals from PAL or NTSC/ATSC composite video, RGB, or other composite AV sources into a broadcast RF signal that can be fed into the aerial/coaxial connector of a television.

Multi-channel RF modulators are commonly utilized in stadiums, houses, hotels, malls, and airports, requiring audio/video delivery. There are multiple audio and video inputs on these devices and one RF output. The audio/video outputs from source devices such as a DSS receiver, DVD player, or VCR are connected to the modulator’s audio/video inputs. The modulator is then set up to send the signals out on a particular channel. The connected TV then receives the RF signal.

The signal from the source device is accessed when the TV is tuned to the programmed channel. In a CATV system, RF modulation can be complex. To allow the modulator to transmit the signal of the source device on that channel, high pass, low pass, and notch filters must be employed to obstruct particular frequencies. Consumer-grade modulators typically lack residual sideband filtering, although commercial modulators, such as those used in the CATV sector, usually do.

In low-end automotive audio, audio RF modulators are used to connect equipment such as CD changers without dashboard hardware changes. For example, the headphone connector of a portable CD player is connected to the modulator, which generates a low-power FM radio signal that is broadcast through the car radio. Failure of value and interference concerns plague car FM modulators. MP3 players and related mobile media players will be the first devices to adopt these modulators.

How Does an RF Modulator Work?

An RF Modulator works straightforwardly. It is made up of three primary parts:

Wired connections are commonly used as input for RF modulators. The modulator is connected to the input device by a cable, and the signal is sent via the wire.

To handle a variety of input standards, the modulator usually has numerous input modalities. Signal Modulation is then used to transform the analog signal into a digital signal. This means that the signal can now be sent wirelessly or through cables. The modulator converts the input signal into a signal that can be read by televisions, radios, and other RF receivers before sending it to the output.

Broadcast RF Signal and Cable Signal are the two most common output types. The modulated digital signal can be broadcast over a wide area and read by all compatible devices or supplied directly to a specific device via a coaxial cable. What is an RF Modulator used for can already be deduced, and the device’s extensive use confirms its utility?

What Is RF Coaxial Cable? 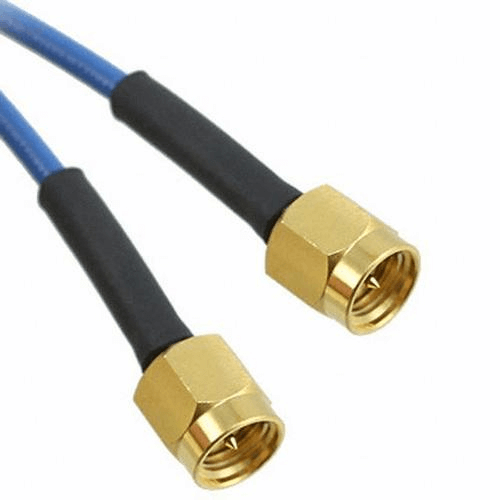 A coaxial cable is utilized as the transmission line for radio frequency signals. Some of its applications are feed lines that connect radio transmitters and receivers to their antennas, computer network (Internet) connections, digital audio (S/PDIF), and cable television signal distribution. The electromagnetic field carrying the signal only exists in the area between the inner and outer conductors in an ideal coaxial cable, giving it an advantage over other radio transmission lines.

This permits coaxial cable runs to be put near metal objects like gutters without experiencing the power losses that other transmission lines do. The transmission is additionally protected by coaxial wire from outside electromagnetic interference. An inner conductor (usually solid copper, stranded copper, or copper-plated steel wire) is enclosed by an insulating layer, surrounded by a shield, usually one to four layers of woven metallic braid and metallic tape.

An outer insulating jacket keeps the cable contained. Normally, the shield is held at ground potential while the center conductor receives a voltage signal. Electric and magnetic fields are contained in the dielectric, with low leakage outside the shield, which benefits coaxial construction. Outside electric and magnetic fluxes are also primarily kept from interfering with communications inside the cable.

Leakage is reduced by using larger diameter cables and cables with different shields. Coaxial cable is an excellent choice for carrying weak signals that can’t withstand environmental interference or for stronger electrical signals that can’t radiate or combine into neighboring structures or circuits due to this feature. The dielectric constant of the inside insulator and the radius of the inner and outer conductors influence the cable’s characteristic impedance.

Because the source and load impedances must be matched for positive maximum power transfer and low standing wave ratio, a cable with a constrained characteristic impedance is required. Attenuation as a function of frequency, voltage handling capability, and shield quality are among the other important characteristics of coaxial cable. A coaxial RF connector (radio frequency connector) is a type of electrical connector that works at multi-megahertz radio frequencies. RF connectors are commonly used with coaxial cables to preserve the shielding provided by the coaxial architecture.

A coaxial cable is a low-loss transmission line for high-frequency electrical communications. Telephone trunk lines, broadband internet networking cables, high-speed computer data buses, carrying cable television signals, and connecting radio transmitters and receivers to their antennas are all examples of applications where it is employed. It differs from other shielded cables. The dimensions of the cable and connections are precisely controlled to ensure correct, consistent conductor spacing, which is required for it to work effectively as a transmission line. Video CATV distribution, RF, microwave transmission, and computer and instrumentation data interfaces are just a few of the many applications for coaxial cable.

How do you convert the coaxial cable to RCA?

How to Change a Coaxial Input to an RCA Input. The simplest method is to use a VCR device to convert coaxial to RCA input. Both RCA and coaxial wires can be connected to conventional VCRs. If you don’t have the necessary equipment, you can easily obtain it from a local electronics store or online e-commerce websites.

Where do you use an RF Modulator?

The use of RF modulators is ubiquitous. A modulator can be found in almost every electronic gadget. These modulators function in the background to broadcast our signals on various frequencies, some broadcast via the internet and others through the phone line. RF modulators work on the radio frequency, and as a result, they have a wide range of applications. Take a look at the answers to the following questions: What is an RF Modulator used for:

Giving Life To Your Old Devices

Many of us have ancient devices that are still in good working order. Perhaps some old game consoles? Or a DVD player with several old movie disks that haven’t been used in a long time? Or a video camera with old footage? These gadgets no longer have appropriate connectors to connect to current screens.

However, the device may be connected to our modern televisions via a radio frequency or coaxial connection using an RF Modulator. This might be used to bring back many devices without investing a lot of money.

You can now view your childhood records, play old games, and check out your old movie collection on your regular television. This rule also applies to older televisions, where an RF Modulator can be used to transform current device signals so that they are compatible with older TV inputs.

We often find ourselves in circumstances where we need to transmit a single signal to several screens. We’ve all experienced the frustration of having only one TV connection and needing to watch the game from various locations.

Fortunately, you won’t have to purchase a new cable connection to play that one game. You may transfer the signal from one television to several screens throughout your home with an RF Modulator.

You may now watch your game whenever you want in the comfort of your own home without having to invite ten others over! You can now have better parties without needing to spend more money.

Broadcasting A Signal Within Range

We frequently need to send a signal to many devices nearby. Directors require this to transmit their camera input to many displays for viewing by other crew members. Security camera footage is frequently sent through Radio Frequency, which requires an RF Modulator. It’s also great for streaming live games to stadium displays.

RF Modulators are ideal instruments for local broadcasting for whatever reason you may have. They can be amplified and transmitted within a given range since they utilize Radio Frequency, which allows any device with an antenna to pick up and display the signal.

Almost every device has some industrial application. While you may not find it useful, you may be content to know the extra information and be the party’s know-it-all.

RF modulators are widely used in the defense and aviation industries. Frequencies delivered to planes must be modulated, necessitating a strong RF Modulator to send the signal. Radars employ radio frequencies to transmit their signal. Since it is so sensitive, it necessitates a powerful RF Modulator to transform and transmit radio signals that may be used to detect things in the airspace. This is also true in television and radio transmission, where huge RF modulators are employed to transform the signal before it is aired to the public, amplified, and commercially disseminated.

How do I use an RF Modulator?

If your equipment includes an RF modulator, ensure it’s turned on (through the on-screen menu) and programmed to the appropriate channel number (the work on the standard TV 21 to 68 UHF channel numbers).

If you’re using a stand-alone RF modulator box, plug a SCART line from your set-top box or recorder into one end and a regular coax aerial lead. After that, follow the on-screen directions to select a channel number.