Everything You Need To Know About Silicon Photomultiplier 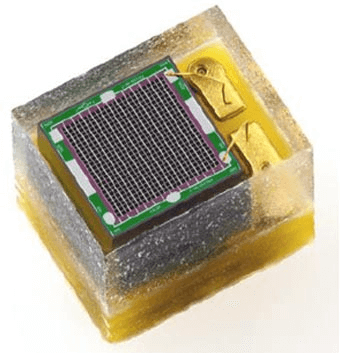 What is a silicon photomultiplier?

The silicon photomultiplier consists of a semiconductor p-n junction which is the center of the device. It provides the photoelectric current multiplication due to the internal photoelectric effect.

The SiPM can detect visible, UV and infrared light with different structures, using either reverse bias or forward bias mode depending on the application.

The first silicon photomultipliers were developed in the early 1970s, and are now widely used in many different applications.

How does a silicon photomultiplier work? 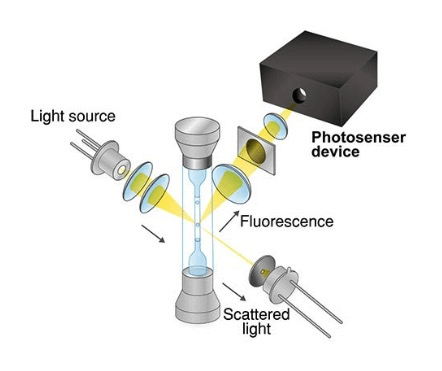 Light is a type of energy that travels through the air or space in waves. These waves can be seen by the human eye and can be measured using instruments such as a spectrometer.

The wavelength of a light wave is determined by its frequency. The higher the frequency, the shorter the wavelength.

Light can be classified into different types based on its wavelength. These types include;

-Visible Light: This is the type of light that we see with our eyes and it has a wavelength range of 390-750 nm.

-Infrared Light: This is light that has a wavelength range of 750-1000 nm and is invisible to the human eye.

-Ultraviolet Light: This is light that has a wavelength range of 100-400 nm and is also invisible to the human eye.

-X-Rays: This is light that has a wavelength range of 0.01-10 nm and is used in medical imaging and security screening.

-Gamma Rays: This is light that has a wavelength range of 10-100 nm and is used in medical diagnosis and nuclear physics.

When a photon hits the surface of a silicon photomultiplier, it creates an avalanche of electron-hole pairs. This means that a current is generated which can be measured and quantified.

In order to increase the number of electron-hole pairs created, a reverse bias voltage is applied to the photomultiplier.

An avalanche occurs when a large number of carriers are generated due to impact ionization or quantum tunneling effect. The carriers then move through the potential barrier and generate current.

In a photomultiplier, there is a multiplication process that takes place after an initial impact ionization event. Once the carriers have been generated, they are separated by electric fields created by metal electrodes to remove electrons from their holes. The separation of the carriers increases the number of carriers and therefore the number of electrons that will generate a current.

The photocurrent is then amplified by a transistor and converted into a voltage which can be measured using an oscilloscope or a data acquisition system.

Now that you understand how silicon photomultipliers work, you can see why they are such an important technology. Their spectral response and low noise make them suitable for a wide range of applications in physics, astronomy, and medicine.

Silicon photomultipliers are also very versatile when it comes to different detector formats. They can be used as scintillator-phototube pairs, photon counters with preamplifiers, or in a hybrid configuration where a scintillator and phototube are used together.

This versatility and the high gains of silicon photomultipliers have led to many scientists and engineers developing creative applications which take advantage of their unique properties. 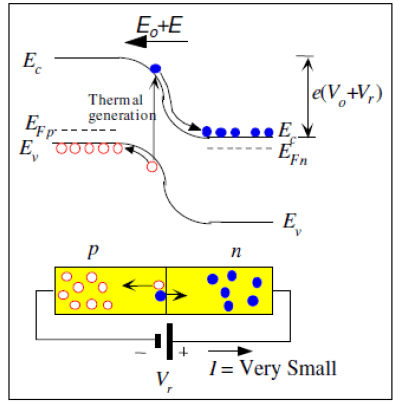 The SiPM consists of several important components, which are all required for it to function correctly. These include the photodetector itself, anode and cathode electrodes, current multiplication structure (CMS), doping material, and substrate.

The photodetector is a semiconductor p-n junction. When incident photons enter the device, they release photoelectrons from the bulk material due to the effect of photoelectric emission.

The anode and cathode electrodes are used to provide the reverse bias voltage across the p-n junction, and to collect the amplified current output.

The current multiplication structure is responsible for amplifying the photoelectron current. This is done by multiplying the current generated by each electron, causing it to be amplified by a factor of 10-100.

The doping material is used to control the properties of the p-n junction, and optimize the device for different applications.

The substrate is the base material on which the SiPM is built. It can be made from a variety of materials, depending on the application.

There are several different types of silicon photomultipliers, each with its unique characteristics. The most common types are listed below:

A single-photon avalanche diode is a highly sensitive, high-speed SiPM. It incorporates an ionization chamber on the front surface of the device to allow for excellent timing resolution.

The linear silicon photomultiplier is an advanced version of the standard SiPM. It has a lower capacitance for faster response time and can be operated in either reverse or forward bias mode.

A Geiger mode silicon photomultiplier uses Avalanche Breakdown to generate its output pulse. This is a form of high-speed, single-photon detector based on the photoelectric effect.

A Time-of-flight silicon photomultiplier uses a combination of an electrostatic and mechanical system to measure the time between the arrival of photons at two different detectors. This information is used to calculate the distance between the two detectors. 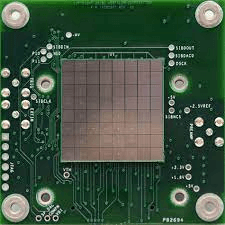 One of the main applications for SiPMs is in medical imaging. These devices are designed to function inside the human body and prevent harm to patients during diagnostic procedures.

Silicon photomultipliers can be used to detect energetic particles that are emitted as a result of nuclear decay or high-energy collisions.

SiPMs are also used in Homeland Security applications, such as detecting contraband material or explosives.

Silicon photomultipliers are also used in scientific research, where their fast response time and high sensitivity are essential for capturing data from experiments.

Advantages and disadvantages of silicon photomultiplier

2) Compact size allows for multiple SiPMs to be integrated into small products, such as smartphones

4) Can be operated in a wide range of temperatures

5) Can be used for a variety of applications

1) High cost compared to other types of photodetectors

4) Susceptible to noise and electronic drift

Despite these disadvantages, silicon photomultipliers are still the most widely used type of photodetector in the world. Their combination of high sensitivity, low power requirements, and wide operating temperature range makes them ideal

for a variety of applications.

When buying SiPM, there are a number of specifications that you need to know. They include;

This is the amplification factor of the SiPM. It is typically expressed in decibels (dB) and indicates how much the output signal is amplified.

This is the amount of noise that is present in the output signal of the SiPM. It is usually measured in volts (V) and can be reduced by using a higher gain SiPM.

This is the time it takes for the SiPM to respond to a photon input. It is usually expressed in nanoseconds (ns) and is determined by the capacitance of the device.

This is the percentage of photons that are detected by the SiPM. It is usually expressed in percent (%) and depends on the wavelength of the light.

This is the range of wavelengths that the SiPM is sensitive to. It is usually expressed in nanometers (nm) and can be tailored to suit the needs of a particular application.

This is the range of operating temperatures that the SiPM can function in. It usually falls between -20°C to 60°C and is dependent on the specific SiPM being used.

This is the maximum voltage that can be applied to a reverse-biased SiPM before it will be damaged. This value should always be less than the maximum rated voltage of the SiPM.

This is the maximum voltage that the SiPM can be subjected to without being damaged. It should never be exceeded.

By understanding these specifications, you can select the right SiPM for your application.

Silicon photomultipliers are an alternative to standard vacuum tube-based PMTs. They utilize the same basic principle of detection, but function in a different way.

-Silicon Photomultipliers are not as widely used as Vacuum Tube Photomultipliers. They are mainly used in applications where size and power consumption are important factors.

So which is better? In general, Silicon Photomultipliers are a better choice for most applications. They are more affordable, faster, and more stable than Vacuum Tube Photomultipliers.

We can also compare silicon photomultiplier to the avalanche photodiodes.

-Silicon Photomultiplier has a wider spectral response range than avalanche photodiode. This advantage makes it suitable for various applications that require different wavelengths of light

-Silicon Photomultiplier is more stable than avalanche photodiode. It has lower noise levels and is less susceptible to electronic drift

Both silicon photomultipliers and avalanche photodiodes have their own advantages and disadvantages. Both of them can be used in various applications with different requirements. The choice of your photomultiplier will mainly depend on the specific needs of your application. 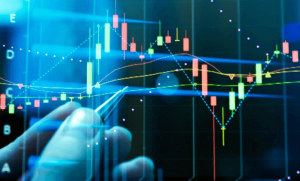 When buying a silicon photomultiplier, there are a few key factors to consider:

-Sensitivity: This is the most important factor to consider when selecting a silicon photomultiplier. You need to choose one that is sensitive enough for your application.

-Stability: This factor is more important than sensitivity and dynamic range. It is crucial to ensure that your silicon photomultiplier has a low drift and high stability to guarantee good performance in the long term.

-Size: This is an important factor to consider if the size is a constraint in your application. Silicon photomultipliers are typically larger than avalanche photodiodes.

When choosing a silicon photomultiplier, you need to consider all of these factors and check that your chosen photomultiplier has the specific requirements for your application.

I hope that this guide has been helpful in understanding silicon photomultipliers and their advantages over avalanche photodiodes. If you have any questions, please don’t hesitate to contact us.