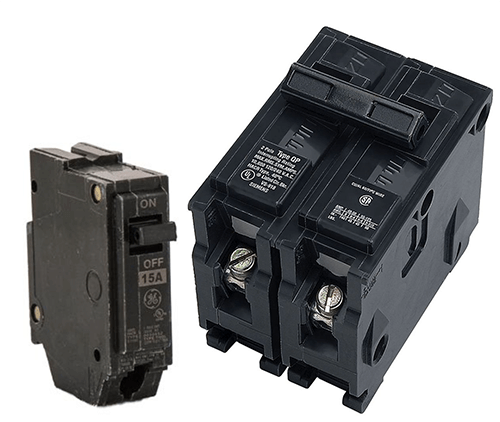 What distinguishes a single pole from a double pole breaker, exactly? What’s the purpose of having both breakers on your electrical panel? It goes without saying that having just one type of circuit breaker cannot meet your home’s electrical needs. Consider that your breaker box contains a single-pole breaker circuit. Only a few low-power devices that use 120 volts and your lights will be permitted to be used. Only two-pole breakers can be used to run high-power devices with a 240-volt rating.

See the entire article for additional information on the differences between single and double pole breakers.

What Is a Pole?

To operate home appliances and lighter machines simultaneously, you must install both types of breakers in your electrical system. Despite this, all of these breakers—despite having different capacities—serve the same function: keeping every circuit in your home safe. Both breakers trip quickly when they notice a short in a circuit or an overload.

These breakers differ slightly from the typical breaker and plug on a neutral breaker, though, because of the pigtail wire that connects to the ground bus bar. When a ground fault is detected, the GFCI breaker is made to shut the current to the circuit immediately. With this feature, you are protected against electrocution or electrical shock.

On the other hand, a short circuit or overheated wiring can cause a fire and harm your property. The AFCI breaker, however, can identify these arc faults. Other circuit breakers feature more than two poles and come in different configurations. Four poles, triple pole, neutral, and three pole breakers are present. Different features and functions are present in these breakers, such as TP, TPN, and 4P. Some of this won’t be in a household electrical circuit because it’s typically employed in industrial installations with higher line voltage.

What Is a Single Pole Breaker? 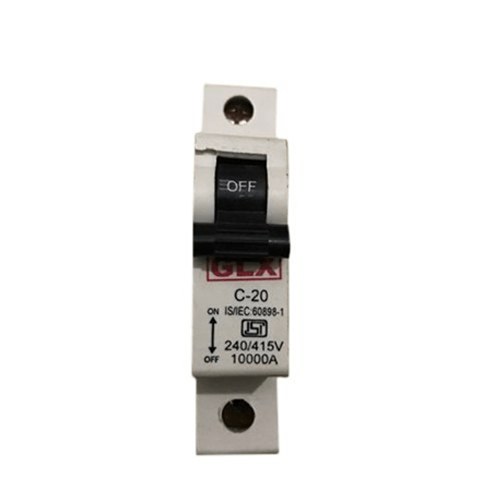 As the name suggests, a single-pole circuit breaker is a style of breaker that typically fits in just one slot of your panel. Only two wires—one for the hot bus bar and one for the neutral—need to be connected because there is only one switch. This breaker is designed to handle 15 to 20 amps on a single circuit that delivers 120 volts of power.

In most homes, a single-pole breaker protects the circuit for general lighting. It can also be fitted in a regular outlet with a two-slot outlet receptacle. Small appliances rated at 120 or 110 volts can be powered by it in some circuits with lower voltage, but higher voltage equipment like 220-volt hair dryers cannot be powered by it.

What Is a Double Pole Breaker? 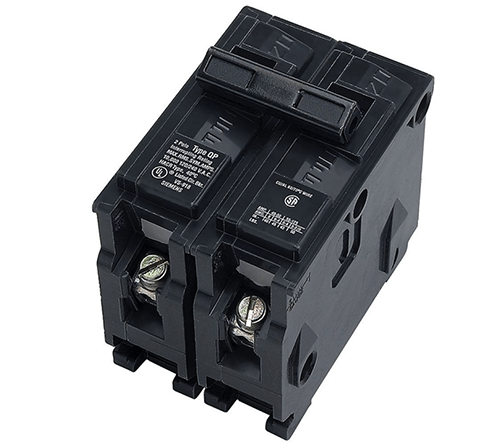 Circuit breakers with two single-pole slots are known as double pole circuit breakers. Its wiring scheme consists of three wires: two hot buses, a neutral wire, and a bridge switch. A 240-volt single circuit service with a rating of 20 to 60 amps is used to power most electrical outlets for high-power equipment, including electric ranges, air conditioners, hairdryers, and more.

The 2-pole breaker creates 240 volts of power by joining two single circuit breakers. Half of the breaker protects each terminal of a double breaker. The breaker’s bridging switch has a remarkable feature that protects the entire circuit. For example, if one side of a twin pole breaker trips, the other half will trip quickly to protect your circuit.

This video from Circuit Breaker Wholesale can also help you understand single and double-pole breakers. Despite the brief length of the video, he covers all of the fundamentals of the two circuit breaker kinds.

When Would You Use A Double Pole Switch?

Another reason to use a two-pole switch is that you are required by law to have a local way of isolating specific items. The twin pole isolator, therefore, isolates a single plug that is, let’s say, behind a refrigerator.

We have two helpful tutorials on selecting the best switches and sockets for your home if you want to buy some. They consist of switch & socket function and selection, as well as coordinating switch & socket finishes with interior design aesthetics.

What Is Load Center?

Circuit breakers are installed, and the primary connection of your circuit is controlled at the load center. For residential applications, current load center values typically vary from 40 to 600 amps. It uses single- or double-pole plug-in circuit breakers, which can be utilized as breakers.

Additionally, it is responsible for supplying power to each circuit in your home’s electrical system. In addition to the security a circuit breaker offers, the load center also safeguards you by enclosing all branch circuits and preventing them from coming into touch with one another.

However, load centers restrict where you can install breakers. This is so that you can only install a circuit breaker that won’t outperform your primary circuit breaker. Your entire electrical system could be harmed if you install a device with a greater amp rating than the primary breaker.

A panelboard that differs slightly from standard load centers is also available. While using bolt-on type breakers rather than the Snap-On type found in your typical electrical panel, these Panelboards maintain the NEC and UL breaker panel standards.

The way electricity Gets to the panel

Each circuit in the home is wired to the electric panel, which receives power from the transmission line in a double pole breaker. A transformer installed on the power pole serves as a more-or-less effective limiter of line voltage. The voltage is frequently lowered to 220 volts due to cable resistance and other elements.

How To Wire a Double Pole Breaker?

In a double pole breaker, two hot wires are typically connected to one neutral wire. Therefore, both trip if one of the hot wires experiences a short circuit. This can be used to serve either a single 240 Volt circuit or two independent 120 Volt circuits.

Let’s start with the instructions for wiring a twin pole breaker.

Double Pole Breaker With One Switch

Internal movement breakers are double pole breakers with only one switch. In the breaker, there is a link between the two phases of disconnection, so if one phase turns off, electricity is stopped in both phases. It’s an internal journey because every stage is contained within the breaker. Both phases inside the breaker are reset by turning the single switch.

Breakers are a component of an electrical system that protects against too much current. Single, double, and three pole breakers are the three basic types of breakers. Only two varieties were the topic of this article. We tried to simplify our discussion of the distinction between single and double pole breakers. We sincerely hope you found this information to be helpful.

For the purchase of more double vs single pole breakers, contact us at ICRFQ. We manufacture the best electrical components in China.