Everything You Need To Know About Temperature Switches 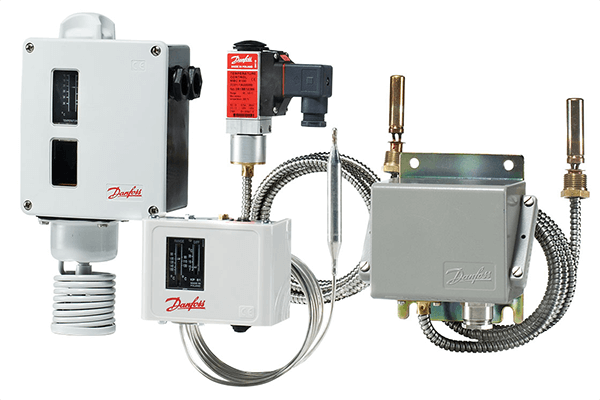 What Is a Temperature Switch? 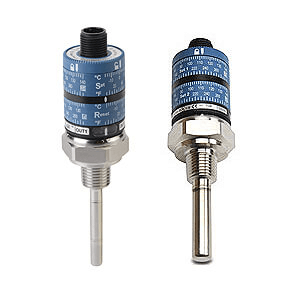 How does a Temperature Switch Work?

In a broad sense, a temperature switch is a device that measures temperature and performs a specific function (opening or closing a switch) at a set temperature.

Temperature switches are used in various industries, and they have a wide range of applications.

Specifications of the temperature switch

The temperature differential between set points that are growing and decreasing.  It’s expressed as “typical,” which is an average of the increasing set point at the mid-adjustable range using the standard K switch element. Usually, it is fixed or not adjustable.

The electrical switching element(s) are isolated from the environment by a welded capsule with glass-to-metal, factory secured electrical leads.

The temperature to which the sensing bulb can be exposed continuously without distortion sufficient to cause leakage or cause a permanent change in set point or significant degradation of the fill fluid is referred to as the over-range temperature. Temperatures that are too high may permanently damage the device and render it useless.

A temperature switch should be able to operate at a set point that is approached in the same direction from an initial point and returns to the starting point over successive cycles in order to establish a temperature profile. The degree to which the measured set point values are close to each other is usually expressed as a maximum adjustable range temperature.

SPDTs have three connections: NO or Normally Open, C or Common, and NO or Normally Closed, allowing the switch to be electrically connected to the circuit in either NC or NO state.

Synchronization can be confirmed by attaching test lamps to the switching elements and watching them simultaneously turn “On” and “Off” during actuation and deactivation.

What Types of Temperature Switches Are There?

The user can adjust the limit value and set multiple switch points here. On the other hand, Bimetal temperature switches have a low level of precision but are inexpensive and small. The gas-actuated temperature switch is another switch type that is commonly used in safety-critical applications.

What Is a Bimetal Temperature Switch?

A bimetal disc is used in bimetal temperature switches to determine temperature. These are made up of two metals used as platelets or strips and have different thermal coefficients. Steel and Zinc, or steel and brass, are the most common metal combinations. The bimetal disc reverses when the nominal switching temperature is reached due to rising ambient temperature.

After cooling down to the restart switching temperature, the temperature switch pulls back to its previous state. The power supply is disrupted before switching back on for temperature switches that have electrical latching. The discs are mostly concave-shaped everytime when open to attain higher clearance from each other. Due to the heat effect, the bimetal deforms within the convex position, allowing the contact surfaces to touch securely. Bimetal temperature switches can also be used as a thermal fuse or overtemperature protection device.

How Does a Bimetal Switch Work?

Two strips of various metals make up bimetallic switches. The bimetal strips are permanently bonded together. A strip comprises a fixed contact and a second contact on the bimetal strip. Bending the strips on a snap-action switch allows the circuit to be opened or closed and the process to start or stop. In some cases, snap-action switches are not required because the platelets are curved and have a snap action. Coffee machines,  automatic circuit breakers, irons, and fan heaters utilize bimetal switches as thermostats.

What Are The Benefits Of A Temperature Switch That Is Activated By Gas?

What Is The Best Way To Calibrate Temperature Switches?

Use An External Temperature Reference Sensor Instead Of The Internal One.

To manually calibrate, initiate the temperature ramp and keep an eye on the output of the switch. You must read the input temperature; the reference temperature sensor reads when the switch’s status changes. The temperature switch’s operating point is here. The hysteresis is usually measured by calibrating both operation points with increasing or decreasing temperatures.

If you don’t want to do it manually, you’ll need a system that can do everything for you, including:

Thermostats and Temperature switches are common in many industrial automation processes. They are helpful temperature regulators because they monitor and limit the object’s temperature and can switch off the heating or cooling when a predetermined temperature is reached.

Although it may appear simple at first, there are some questions to which you should have answers to select and operate a thermostat or temperature switch properly. We’ve compiled a list of the most commonly asked questions and found solutions for you.

What are temperature switches?

Temperature switches are electromechanical devices that are used to control and monitor the temperature in manufacturing and industrial processes, with the power to switch on and off if a certain temperature is achieved.

What is the operation of a temperature switch?

Where do temperature switches come in handy?