Everything You Should Know About Transceiver 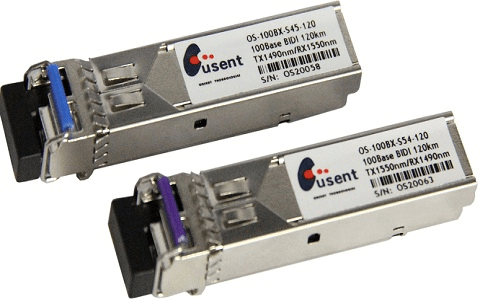 The term transceiver is derived from the words transmitter and receiver. These two terms are used together to create a communication system that facilitates the movement of signals.

Keep in mind that the signals can either be analog or digital.

Are you planning to buy a transceiver? This is a perfect guide for you. We are going to look at everything you should know about transceivers.

Defining a transceiver: What is it?

A transceiver is a device that facilitates communication between two devices, such as a computer or a mobile phone. It is used in devices that require wireless communication, such as two-way radios, wireless intercoms, GPS receivers, and others.

These devices are also referred to as transceivers because they can transmit and receive signals. A transmitter is a device that sends the signal from one device to another. On the other hand, the receiver receives the signal and converts it into information that can be understood by a human being.

The basic purpose of a transceiver is to facilitate communication between users of different devices such as computers or mobile phones or even radios among themselves. They are basically used in wireless systems where there are no wires involved in the transmission of data and information between different users or devices.

The development of transceivers

Modern transceivers are the product of years of development in the telecommunications field. The first wireless communication systems were developed around the late 1800s by Nikola Tesla, who was an electrical engineer, and Guglielmo Marconi, who was an Italian inventor. They were able to develop a system for two-way communication using electromagnetic waves or radio signals. This system is still used today in many applications such as two-way radios, wireless intercoms, GPS receivers, and others.

In 1930, Edwin Armstrong invented frequency modulation (FM) which made it possible to transmit voice over long distances without static interference or distortion of sound quality. This invention was later improved by other engineers such as Hedy Lamarr, who invented frequency hopping. The development of these innovations led to the development of the first true wireless transceivers and radios.

In the early 1990s, two engineers by the names of Phil Ray and Dave Gesbert developed what is now known as Bluetooth technology which is now widely used in many different types of personal computers, mobile phones, wireless headsets, and others.

The latest developments in transceiver technology have led to transceivers that are capable of connecting multiple devices to a single network or computer through a router or access point. These routers are also capable of providing high-speed Internet access among multiple devices connected to them as well as sharing printers and other resources among them through a wired or wireless connection.

Working principle of a transceiver

How does a typical transceiver work?

The basic working principle of a transceiver is explained below.

The transceiver consists of two units: transmitter and receiver. The transmitter unit converts the data into electromagnetic waves (radio frequency) to transmit them to the receiver unit, which then converts it back into data for the computer system.

The transmitter and receiver are usually mounted on a printed circuit board with other components, such as resistors, capacitors, and diodes. The antenna is usually located on the same board, but not always.

On some older computers, it was possible to replace the transceiver with an additional expansion card or daughter card that provided additional slots for memory modules or other peripherals in order to upgrade their capabilities. Transceivers are also often used in wireless network cards and wireless network routers that send information over long distances using radio waves instead of wires. These types of devices are also known as wireless network adapters or wireless network interfaces (WNIC).

A transceiver typically has a connector on the back that is compatible with the port on the computer motherboard. The most common type of connector used on transceivers is an RJ-45 connector. This is similar to an RJ-11 telephone jack. It has eight conductors arranged in four sets of two and is referred to as an 8P8C connector.

For example, they may only support a specific protocol such as 802.11b/g/n, while some older networks may be based on 802.11a technology, which uses different radio frequencies than 802.11b/g/n networks do.

In short, you can see how easy it is to connect transceivers to the existing hardware devices.

The transceiver will be designed in a way that it has sufficient gain and a low noise figure. The transmitting antenna must also be able to handle the power from the transmitter. It must also have low insertion loss.

The receiver section of transceivers is used for receiving RF signals from the antenna. It is also used to demodulate and decode the received signal.

The microcontroller will be used to control the whole transceiver.

The microcontroller will also be used to store and manage user settings, such as operating frequency, radio mode, transmit power, etc.

Transceiver design is a very important process in order to ensure that the device provides maximum performance for a given application.

Transceivers are classified into different categories based on their features, functionalities, and even areas of application. The most common types include;

Let’s have a brief discussion about each type of transceiver and what you should expect from them. 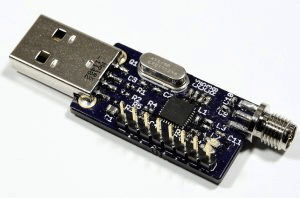 RF transceivers have very low insertion loss and high sensitivity. They also have wide bandwidth support, which can be used to transmit voice and data signals at a given frequency.

The insertion loss in RF transceivers is very low, which allows them to work without external antennas. However, they have a large amount of noise that needs to be filtered out in order to receive the desired signal.

Ethernet transceivers are designed for Ethernet applications. They have very high bandwidth and a low noise figure. They have the ability to pass signals at a given frequency without any external antenna.

However, they have relatively low sensitivity and an insertion loss of about 0.5 dB; therefore, external antennas are required for good signal reception.

Optical transceivers have very high bandwidth support, which is required for high-speed applications. They have a very low noise figure, which allows them to operate without external antennas. However, they have relatively low sensitivity and an insertion loss of up to 10 dB; therefore, they require external antennas for good signal reception.

Wireless transceivers have a wide range of frequency bands and modulation schemes supported by their transmitters and receivers. They can be used for any wireless application where a high density of users is expected at the same time, such as WLAN and WMAN. They are also well suited for applications where reliability is required, such as WLAN and WMAN access points. 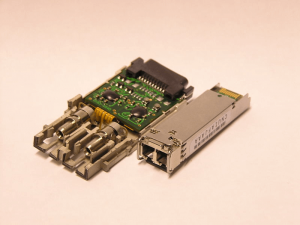 SFP stands for Small Form-Factor Pluggable. It was originally intended to replace the older SFP-15 and SFP-16 types. It is a small form-factor pluggable (SFP) transceiver that is designed to fit in a standard Ethernet network interface card (NIC). The physical size of an SFP transceiver is just slightly larger than a normal NIC’s RJ45 connector. This means it can be attached directly to the Ethernet port without additional adapters or cables, and it can deliver up to 10 Gbit/s throughputs.

So, which type of transceiver do you think will be suitable for your application? Let us know and as a sourcing agent, we will deliver it.

Transceivers are used in a wide range of applications including;

-Cable television: Transceivers are used in cable television systems to transmit digital signals from a broadcasting station to cable headends and subscriber homes.

-Telephone: Transceivers are used in telephone systems to transmit voice, data, and video signals. They are also used for the transmission of data between a central office and remote locations such as public telephones, mobile telephones, or kiosks.

-Broadcasting: Transceivers are used in broadcasting systems to transmit signals through cable television networks or satellite links. They can also be used for the transmission of signals over terrestrial microwave links.

-Data communications: Transceivers are also used in data communications systems to transmit digital signals over optical fiber and coaxial cable links. This application allows an individual’s voice or Internet connection to be transmitted from his house to the Internet service provider (ISP) in the form of digital data.

-Wireless telecommunication and networking systems: Transceivers are used in wireless communication systems to transmit data from a transmitter to a receiver over radio waves. Wireless local area networks (WLANs) are an example of this application.

-Power transfer: Transceivers are also used in power transfer systems to convert electricity from one form into another. For example, they can be used to change AC electricity into DC current that can be used by devices such as electric cars, or vice versa.

-Other: Transceivers can be used in other applications such as satellite communications and radar systems.

What to consider when buying transceivers 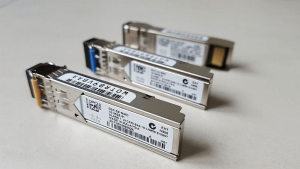 Here are some of the things to look out for when buying a transceiver:

-Modulation method: Transceivers are also known by their modulation methods. They can be analog or digital . The modulation method determines how data is transmitted and whether it will be received correctly by your receiver. Analog modulation transmits data using a continuous signal such as voice or audio, while digital modulation uses discrete signals such as ones and zeros to represent data.

-Receiver sensitivity: Some receivers can only work with certain types of transceivers.

-Transmit power: The amount of power your transceiver outputs determines how far it can reach. This is measured in watts. It is important to note that the minimum transmit power required depends on the type of transmission and frequency band that you are using.

Now that you know all the essentials about transceivers, what next? You are now ready to make the right decision of buying a quality transceiver for your application area.

And in case you need any help when it comes to buying transceivers in China, ICRFQ is there for you. As a sourcing agent, we can help you find the best transceivers at the right price.