Everything You Need to Know About Transformers 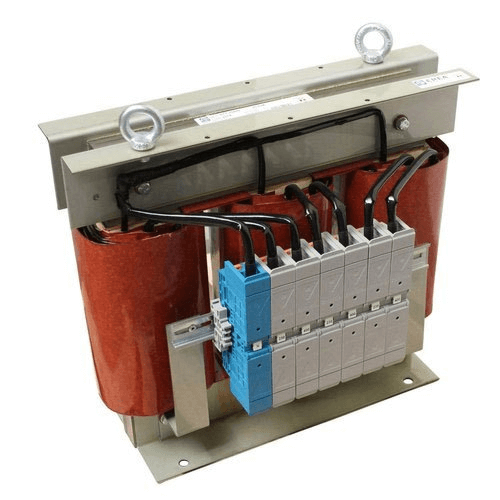 Transformers are used for making different electric devices and products. Are you planning to buy transformers for your products? This article is perfect for you. We are going to guide you on everything that you should know about transformers.

At the end of the guide, you will be able to choose the right transformer for your applications.

What is a Transformer?

A transformer is a device that transfers electrical energy from one circuit to another through inductively coupled conductors – this means that it works by transferring energy using a magnetic field.

It has two or more coils of wire which are usually insulated, wrapped around a laminated iron core. The transformer works on the principle of electromagnetic induction.

When an electric current passes through the primary coil (the coil supplied with power), it creates a circular magnetic flux.

This magnetic flux induces an electromotive force or voltage in the secondary coil (which is not provided with any power). In other words, the transformer changes the voltage level from low to high and vice versa.

How does a transformer work?

A transformer works on the following principles:

One important transformer working principle is based on Faraday’s law. According to the law, when a magnetic field changes in magnitude or direction in a coil of wire, an emf is induced in that circuit.

This emf will cause the current to flow if the ends are connected by another conductor. The transformer uses this principle. Two coils are wound around a laminated iron core.

One coil is called a primary coil while the other one is a secondary coil. These coils are usually insulated and wired to supply power from an AC source or DC source.

When voltage is applied across the primary it produces circular flux throughout its cross-sectional area. This circular flux cuts the secondary coil and induces an emf (voltage) in the coil.

The direction of transformer current is determined by Lenz’s law of electromagnetic, according to which transformer acts as a closed circuit when there is no change in the magnetic field of the transformer.

The above working principles are explained below with help of diagrams:

– Power transfer or step down transformer

This transformer is used as a half-wave rectifier transformer that transfers DC power from one circuit to another through inductively coupled conductors, and the transformer only uses input voltage to supply output voltage.

In other words, the transformer works as an insulator when there is no current flowing through the primary coil because the transformer acts as a closed circuit under such conditions. In addition, transformers cannot work on DC power.

The transformer is made up of three components known as the primary coil, the secondary coil, and the laminated iron core. However, there are various types of transformers depending upon their working principles mentioned in Chapter 2.

The following types of transformers are used in different areas with few exceptions:

It is two transformers with each transformer having separate primary and secondary coils; however, both these primary coils share one common terminal (center tap), which means that it has three terminals in total (two individual coils and one center tap).

This type of transformer works on the principle of reactor i.e., it takes an alternating current at one end and converts it to an oscillating current at another end. That means input power is also an AC which will be converted to DC by the transformer. 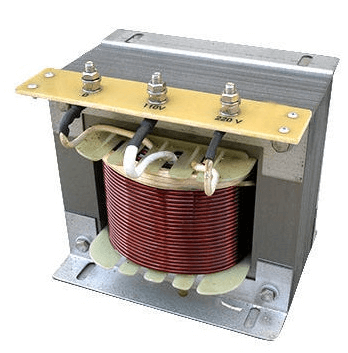 It looks like a closed coil (wound around the iron core) but we cannot see any connection wire; however, the transformer has three coil windings: primary winding and secondary winding in addition to tertiary winding for neutralizing voltage which results in negligible voltage drop for the transformer.

It is mainly used as a transformer to transfer AC power from one circuit to another, and it has an extremely high impedance so that no current flows through the primary winding and secondary winding (input and output sides).

There is only a single connection between two windings (primary and secondary) i.e., a transformer with only one terminal; however, we can vary its turns ratio by changing its primary coil resistance or interchanging any copper wire connections.

If we have a transformer to supply power at a single point, then it is known as a single-phase transformer. It will work on the step-down principle if there are two separate terminals (outputs) for example household transformer which provides a 240-volt supply by reducing the 220 volts supply from mains.

-Three-phase power: In a transformer, both primary and secondary windings produce three types of magnetic flux known as the “three phases”.

If we have a transformer with six terminals or three separate coils, then it is called a three-phase transformer. We can draw all six types of electrical connections from these three windings for example interconnection between two power stations. Each transformer has its type as well as rating depending upon their usage i.e., voltage ratio as well as current rating, etc.

Transformer core: The transformer core may be of two types, one with laminated iron plate and another with E-shaped magnetic steel. In a transformer with a lamination type iron core, copper wires are wound around it while in a transformer having E shape magnetized sheet an insulated sheet will be inserted between the two coils of the primary and secondary winding.

Voltage regulation: Voltage regulation is a factor that must be considered while buying a transformer for a utilization purpose because if we cannot regulate the voltage properly then either transformer will not work properly or it can lead to a hazardous situation. So, before buying any transformer make sure that it has an electric circuit breaker built inside the case so that you can remotely control the transformer by a switch on/off.

Voltage ratio: It is the ratio of input voltage to output voltage i.e., v1/v2 expressed in percentage form.

Turns ratio: It is also called transformer turns or transformer winding turns, which expresses how many times current will flow through primary winding for example if the transformer has 100 turns on its primary winding and 5 on secondary winding then it is written as 1:5 turns ratio; however, this transformer’s name would be 5 to 1 step down transformer because several revolutions occur in primary coil (turns) are greater than that of secondaries coils (turns).

Harmonics: If the transformer does not have a proper magnetic circuit caused by a leakage flux, then it will lead to the generation of harmonics (related to the transformer’s size) which can be minimized by installing an extra transformer with equal or higher capacity than that transformer which is generating harmonics.

Weber capacitance: It is known as ‘saturation’ whereby the transformer gets fully saturated; however, this saturation induces voltage spikes in primary and secondary coils for both single-phase and three-phase transformers. So before purchasing any transformer make sure that it has low watt density because too much wattage causes heating up of transformer winding which eventually leads to its failure.

Self-excitation: The transformer is self-excited when it has two coils with the same number of turns or equal inductances i.e., the magnetic flux produced by one winding induces the secondary voltage in another winding circuit which further produces transformer output voltage after rectifying process based upon its turns ratio.

Stray capacitance: Stray capacitors exist either on the primary or secondary side to produce an additional voltage across transformer terminals which can be reduced by using a large cross-sectional area of transformer core plate. 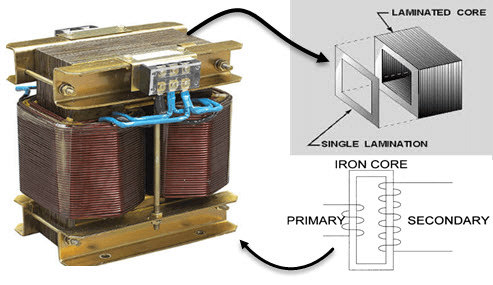 Applications and Uses of Transformers

Industrial transformer: This transformer is widely used in an industrial environment. The transformer provides voltage step down so that it’s connected to low power machines for their operation.

The following are some of the applications in various fields where transformers are used.

Electric meter: transformer is used in electric meters where it provides rated voltages for various motors and appliances which are connected to a meter. 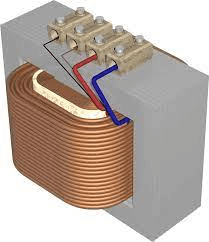 In conclusion, a transformer is helpful in various applications to provide a proper power supply system for transformer operation.

I hope you will use this guide next time that you want to buy transformers in China.

If you want to contact ICRFQ. We are a reliable wholesale distributor of electric transformers in China.