Everything You Need to About Transistors 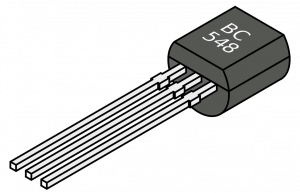 What is a Transistor?

A transistor is one of the most important components of electronic devices. Since its invention, it has widely evolved and continued to improve. Today, variables such as voltage, power consumption, and frequency play a significant role in technological advancement.

Since transistors can control these features over time, they can reduce the size of many products because they can limit the amount of power used while keeping frequencies high.

The invention of transistors is accredited to Julius Edgar Lilienfeld who came up with a device that could amplify audio signals in 1925. This led to the development by Bell Labs of the first transistor. It was solely an experimental project and there was no real need for it at the time, yet Bell Labs went ahead and developed it.

The first commercial transistor was produced in the 1950s by William B. Shockley, John Bardeen, and Walter Houser Brattain under the supervision of Bell Labs researcher, chemist Irving S. Reed.

Things were different back then since vacuum tubes (electronic valves) ruled the market at the time, but it wasn’t long before transistors became a reality in technology. In the 1960s, they were widely used in computers and calculators to enable more power and space savings.

A couple of decades later in the 1970s, manufacturers began using them heavily in consumer electronics because of their low power consumption which allowed them to be better suited within portable devices.

Today, transistors are commonly found in laptops, computers, mobile phones, and other smart devices which use any form of electronic technology.

How do Transistors Work? 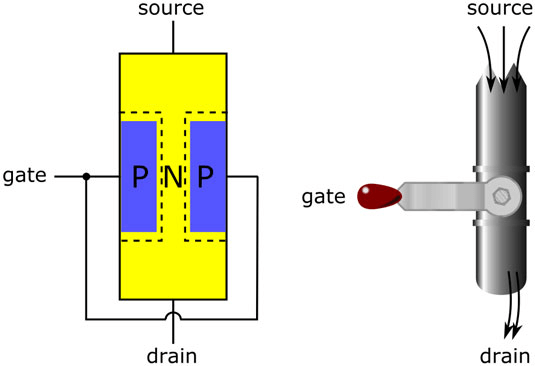 Transistors work by controlling the flow of current through them with an electric field. This allows them to amplify signals while converting analog information into digital data for computers.

They can also control voltage and limit current through a circuit with the use of a voltage gate. This is what makes them widely used in all types of technology from consumer electronics to industrial settings.

A transistor is basically a switch and works in the same way. It can be turned on or off by applying a small electric current to it. The amount of power needed to turn them on and off is what dictates how efficient they are with energy consumption.

Other methods like thermal generation, phase-change, and photoelectric emission (light) can also be used to turn transistors on and off.

What are the Different Types of Transistors?

There are two types of transistors that you should know about: bipolar and field-effect. They differ in how they affect the flow of current through them, but both work using an electric field. The main difference between bipolar and field-effect transistors is the type of material used to control the flow of current through them. 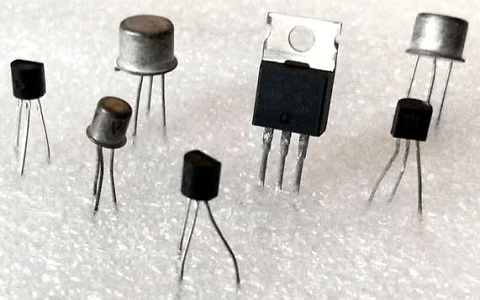 Field-effect transistors are able to control how much current can flow through them by applying voltage. They use different materials depending on whether they are intended for analog or digital uses. Digital transistors are made from silicon and other analog ones from Germanium. They work by controlling the electric field to affect how much voltage should be applied to them to control their flow of current.

This transistor only allows the flow of current in one direction. The base is made from P-type semiconductor material which contains three main regions called emitter, collector, and base. Current flows through it when the voltage between the base and emitter region is positive. It doesn’t allow for reverse currents to flow through unless you apply negative voltages.

A unipolar field-effect transistor allows for current to flow in one direction when there is a voltage applied across its gate and source terminals. It uses P-type semiconductor material as well but differs from the bipolar by using an N-channel structure. You can identify this type of transistor by the zigzag pattern on its body.

This is another form of a unipolar transistor which allows current to flow in one direction when there is a voltage applied across its base and collector terminals. However, it differs from the bipolar version because it requires more voltage to allow for this current flow.

A unipolar PNP transistor allows for current to flow in one direction when there is a voltage applied across its base and collector terminals. It uses N-type semiconductor material as well, but it is polarized differently than the N-channel unipolar transistor.

When you apply a voltage to this type of transistor, it is very sensitive and requires less voltage than its counterpart, which allows for current flow as soon as the base emitter is touched by positive voltages. This is because it has a P-type semiconductor base and an N-type emitter.

In this day and age, transistors have been replaced with microchips that contain a large number of transistors. These are smaller than transistors and work using the same principles, thus allowing devices to be more compact.

What are the Major Applications of Transistors?

Transistors have multiple applications in technology because they can both amplify signals and control power consumption. Because of this, they are used in all kinds of electronic equipment including computers, televisions, mobile phones, and much more. They are also used in high-voltage equipment like power supplies because they are able to handle large amounts of current.

With their low energy consumption, transistors are also widely used in the manufacturing industry to improve the efficiency of power systems. Power management devices are commonly made using them too.

What is so special about a transistor?

Transistors are important because they allow computers to function by processing information that has been converted into binary code.

They are also special because they make excellent electrical switches. With transistors, computers can function on digital signals which are easier to process. They have one of the highest switching speeds for electronic components.

Transistors also make it possible for power to be used more efficiently. Industrial and commercial applications use them as switching devices.

What is the difference between bipolar and unipolar transistors?

Bipolar transistors are made by combining two N or P-type materials to form three or four-layered structures, each with its electrodes. The electrodes of each layer are connected in series so when current flows through the base electrode, it will flow through the other layers any time there is a connection between emitter and collector.

This works by using a positive and negative input of energy to allow the flow of current.

How do I know what transistor I need? 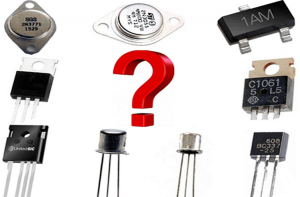 There are two ways to do this:

First, you can look up the datasheet for the transistor. If you know what kind of transistor it is (bipolar or unipolar; NPN or PNP) and how much power it needs, then you can find the right one on a chart that compares all of these specs. You can also use the chart to compare specifications between different transistors.

Second, you can simply look at the pin configuration of the transistor. Bipolar transistors have three legs and unipolar ones have four. There are two parallel pins called emitter and collector in bipolar transistors while N-type semiconductor material is used for PNP transistors.

Unipolar transistors have three legs, one is called an emitter while two other pins are called base and collector. The base is the input energy while the collector is the output power.

How do I read transistor specifications?

Vce (collector-emitter voltage): this is the voltage that must be applied to the transistor before it starts conducting electrical current. It also determines how much power can be controlled with one switch.

Vcb (base-emitter voltage): this is the voltage that must be applied to the transistor before it starts conducting electrical current. It also determines how much power can be controlled with one switch.

hFE (gain): this parameter tells how much amplification increases when collector-to-base voltage increases by 1V. For bipolar transistors, a gain can be specified at three different voltages: forward, collector and base. The gain for a specific model is usually listed as the highest achievable gain while the other modes are not relevant to that transistor. For example, a BJT with a gain of 200 has a high enough gain at any input voltage so the other two states do not matter.

A transistor can only handle as much power as it has a base-emitter voltage (Vce). If you connect a resistor to its base electrode and pass too much voltage through that resistor, then the transistor might burn out because it cannot handle the excess voltage.

For most power handling applications, transistors are used in configurations with multiple transistors to make mini circuits like logic gates and amplifiers.

How do I use a transistor? 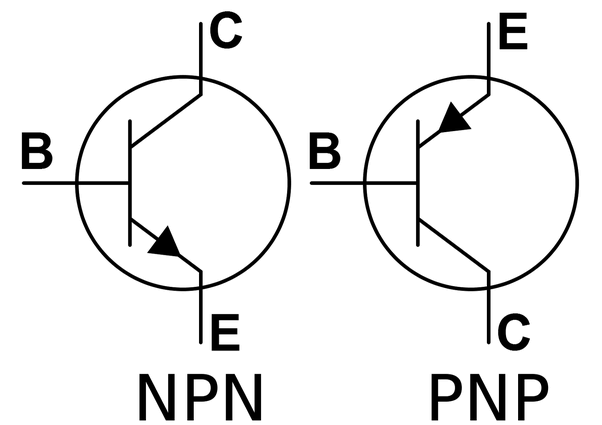 The size of the transistor determines how much current it can handle. Bigger ones can handle bigger currents; for example, an NPN transistor can handle a higher current than a PNP one.

The polarity of the power source usually determines if an NPN or PNP transistor is used. If high voltage (relative to base-emitter resistance) must be applied, then you should use an NPN transistor; otherwise, use a PNP one.

For most power handling applications, transistors are used in configurations with multiple transistors to make mini circuits like logic gates and amplifiers.

How to buy a transistor?

First, you need to figure out what your circuit does. For example, a simple amplifier consists of an NPN transistor, a load resistor, and a power supply.

Third, the transistor needs to be able to handle the power (specified if needed by your application. For example, if you need two amps of current and your transistor can only handle half an amp then you must buy a transistor that can handle two amps.

Determine the Base-Emitter voltage (Veb) needed for your circuit then compare it with the minimum Vce on the package of available transistors. For example, if you need a base-emitter voltage of 10 volts and Vce range of 3 to 5 volts then you can only use NPN transistors.

Fourth, choose the collector current (Ic) and hFE (gain). The maximum Ic is found on the package and hFE is usually listed as the highest value possible.

If there’s a voltage drop between Ic and Vce, then you must choose a transistor that can withstand this voltage drop. For example, if your circuit needs 5 volts and Ic = 1 amp then I have a voltage drop of 4 volts. This means that Vce must be at least 4 volts; otherwise, the transistor might not function properly.

I hope that from this guide, you have gained adequate information about transistors and what you should look for when buying transistors. Right now you should be in a perfect position to buy the right transistors for your applications.