Everything You Need to Know About VRLA Battery 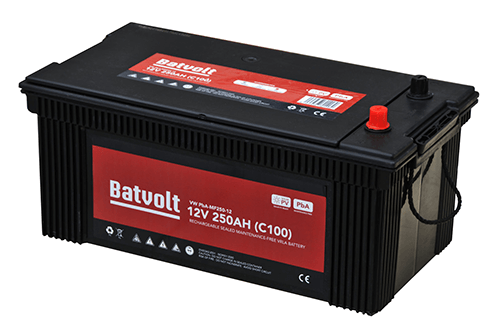 When it comes to choosing a Valve Regulated Lead(VRLA) battery for your project, you probably have a lot of questions running through your mind. They include, how long will my VRLA battery last, where can I find more batteries when I run out, and what are the best batteries for my project?

That’s why we’ve compiled this article, filled with all the information you need to know about Valve Regulated Lead Acid (VRLA) batteries, including their components, types, and more.

What is a VRLA battery?

A Valve Regulated Lead Acid battery (VRLA) which is also known as a sealed lead-acid (SLA) battery is a unique type of lead-acid battery whose electrolyte has been immobilized so that it can recombine with oxygen and hydrogen. The battery has pressure release valves that are designed to prevent gas from escaping. This explains the name of the battery.

Mixing the electrolyte with the silica powder is the reason why the battery is deprived of the fluid electrolyte. Instead, the battery will have gasses trapped or immobilized.

The pressure gradient created when the battery is charged will force the gas to travel to the opposite poles. This could have been an impossible feat if the electrolyte was in a liquid state.

From the definition, it is clear that the battery is characterized by a limited amount of electrolyte since it (electrolyte) is not in the fluid state anymore.

How does a VRLA battery work?

The lead plates have holes through which the gas (hydrogen) generated during charging escapes. These holes are closed by the pressure of the gas when it is discharged, which prevents it from escaping.

A valve regulated lead-acid battery or VRLA is a sealed unit that uses an electrolyte solution to supply current to its internal cells. When these batteries are charged, it generates an electric current that flows through an external circuit and charges the battery’s cells. When the circuit is disconnected, the current stops flowing and the battery reverts back to its original state.

When was VRLA invented and who was responsible for its evolution? To answer this, let’s have a brief look at the history of VRLA batteries.

The very first lead-acid battery was invented in 1934 by Fabrik Sonneberg. It was until 1957 that Otto Jache invented the first modern VLRA battery.

The earliest VRLA battery was invented by Otto Jache in 1957. He called his invention “Vollgeladene Reaktions-Ladung” or VRLA for short. The first VRLA battery was made of lead plates, glass and gel electrolyte with a capacity of 4.5-ampere-hours (Ah) at room temperature with a specific gravity of 1.7, an open circuit voltage of 12 V and a maintenance-free life span of 300 cycles at 25°C and 75% RH.

The very first AGM cell was patented in 1972 by Robert P. Noyce. The new technology of VRLA battery was very expensive and had a very low energy density.

In the 1980s, many companies began manufacturing lead-acid battery systems for their uses and marketing them to the public. In 1983, Korea Electric Power Research Institute (KEPCO) developed a VRLA with an open-circuit voltage of 14 V and a capacity of 10 Ah at room temperature with a specific gravity of 1.8.

Since then, VRLA battery has become a very popular technology and is now used in many applications.

The basic construction of a VRLA battery 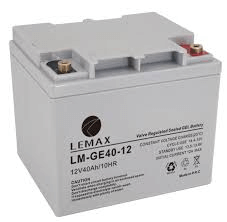 The construction of a VRLA battery may be similar to any other lead-acid battery. The only difference is VRLA has a pressure release valve that is designed to activate whenever there is a buildup of pressure due to the accumulation of hydrogen gas.

The hydrogen gas build-up is a safety measure that prevents the battery from overcharging.

The separators are made of low-density polyethylene (LDPE), which provides mechanical strength while allowing water to flow freely between the positive and negative plates.

To improve battery performance, several improvements were made during the manufacturing process. For example, VRLA batteries can be manufactured in either a vertical or horizontal format depending on the design of the battery system being used and its application requirements in terms of size, weight and aesthetics.

Is a VRLA Battery the same as a Deep Cycle Battery?

The main difference between them is that a deep cycle battery uses liquid electrolyte while the VRLA has immobilized electrolyte which can’t be exposed to air so it doesn’t produce gas.

Also, deep cycle batteries are not designed to be discharged fully unlike the VRLA battery. 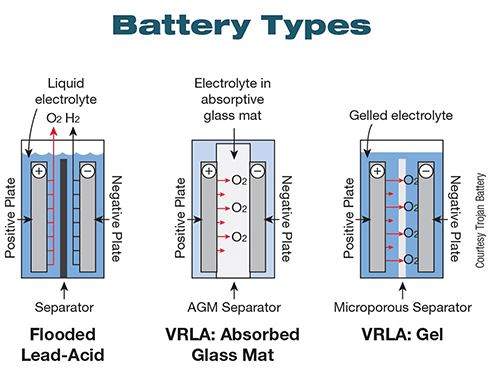 There are different types of valve regulated lead-acid batteries in the market. Let’s look at some of them and ain the end of it, you will decide which one is more suitable for your application.

The main types are;

Let’s look at each of these VRLA battery types.

This is a sealed battery where the electrolyte is absorbed in a polymer mat. This absorbs the electrolyte so that it does not spill out of the battery. The absorbent glass mats are generally used with engines and marine applications as they provide excellent protection against corrosion.

AGM batteries have a higher capacity than other variantsVRLA batteries, but they are more expensive because of their construction.

The Gel battery uses a gel instead of an absorbent glass mat to immobilize the electrolyte in the case of the VRLA battery. The gel can be made from either synthetic or natural sources.

This is a lead-acid type that has plates that are thin and lead plates that are soaked in a sulfuric acid solution. The sulfuric acid prevents the lead plates from corroding and protects them from damage due to overcharging and deep discharging cycles that most VRLA batteries experience. The plate material is pure lead, which is very cheap but it does not have the capacity of a VRLA battery.

Now that you know the technical aspects of VRLA batteries, let’s get to know the advantages that you stand to gain from using these batteries.

You don‘t want a battery that will take longer to charge. VRLA batteries have a short recharge time. Why? Because they are not flooded and they don’t need to be recharged after being used.

Sulfation is a condition where the lead plates of the battery become covered with a white or yellow layer of sulfuric acid. This can damage the battery and cause it to fail prematurely. You won’t have this problem if you use VRLA batteries since these batteries don’t use flooded plates, which can cause this problem.

They are also less sensitive to water than flooded batteries because VRLA has immobilized electrolytes that don’t allow water to penetrate them as easily as flooded ones.

The electrolyte in VRLA batteries has an immobilized electrolyte, so there’s no risk of hydrogen gas escaping because it can’t penetrate the battery.

The higher energy density of VRLA means that they have a lot more energy compared to flooded ones. These batteries are also long-lasting and will last up to 50% longer than flooded ones without changing their performance or capacity over time. And, since these are not flooded, you won’t have to replace them as often as you would have with a flooded one.

As we have stated, VRLA is designed to prevent the discharge of gasses during the charging and discharging process. This means that the battery is more environmentally-friendly than the flooded ones.

Safe and flexible to handle

Since you don’t need to worry about electrolytes spilling over the terminals, you won’t have to worry about spillage when installing or removing them. They are also much safer to handle than flooded batteries because there are no liquids present in them.

The flexibility in handling these batteries is due to the fact that they can be positioned at any orientation without posing any serious risks to the surroundings.

Safe and efficient for use in vehicles and boats

They are safe for use in vehicles because there is no risk of spillage when installing them and removing them from the vehicle. This means that you will be able to get more miles out of your car or boat as compared to those with flooded batteries.

They are also more efficient than the flooded ones because their performance does not degrade over time unlike those with a liquid electrolyte.

Some issues can arise from the use of VRLA batteries. The main problem that faces this battery type is drying out due to the loss of water. This problem is mainly caused by the high operating temperature of the VRLA battery.

Where to Buy VRLA Battery 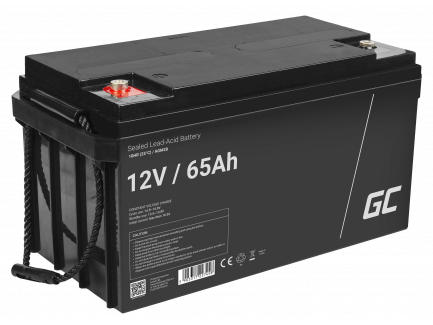 With all the information that we have published here, there comes a time to make that critical decision. You have to proceed and buy the battery.

The biggest question will always be, where can I get the best VRLA battery?

There is no doubt that the market is flooded with hundreds of VRLA battery manufacturers and suppliers. Choosing one may not be easy as some may be genuine and others may not.

You should create a checklist that you will use to vet different VRLA battery manufacturers and suppliers.

For instance, try to establish the experience of the manufacturer. Find out how many years they have been in the business.

You should also check their VRLA battery reviews online. Find out what other customers are saying about the manufacturer. Do they have many positive reviews? If yes, proceed to buy from them.

Use a reliable sourcing agent

Another sure tip for buying a VRLA battery is to use a sourcing agent. This is vital especially if you are planning to import VRLA batteries to China.

A sourcing agent will connect you to the best manufacturers or even suppliers.

ICRFQ is one of the reputable sourcing agents for VRLA batteries in China. The company specializes in electronic components and can link you to reliable VRLA manufacturers.

I hope this guide has given you adequate information you need to know about VRLA batteries. You are now in a perfect position to buy the battery without any qualms. Don’t hesitate to contact us in case you need any further help.