Everything You Should Know About Wavelength Of Red Light

Light is a sort of energy in physics that comes in electromagnetic radiation. Light travels at a speed of approximately 186282 miles per second. Electric and magnetic fields combine to form electromagnetic radiation. Radio waves, microwaves, and infrared communications are all classed by wavelength. The term “signal wavelength” refers to the distance the signal shape repeats.

The wavelength or frequency of light is a unit of measurement. Wavelengths between 380 to 740 nanometers are visible to the human eye. The frequencies will range from 430 to 770 THz. Light can emit different wavelengths.

What is the Wavelength of Red Light?

Light spectrum hues include violet, indigo, blue, green, yellow, orange, and red (VIBGYOR). These are the primary colors, and by combining them, we can create other colors that aren’t in VIBGYOR. As a result, the colors have a mixture of wavelength values. The wavelength of each color is different.

The wavelength values of VIBGYOR colors are shown in the graphic below.

We may deduce from the preceding figure that the three factors of frequency, wavelength and light speed are interconnected. And each parameter can be significant in its own right. As a result of the preceding statistics, we may estimate the wavelength of red light to be between 620 and 720nm.

What Makes the Red and Near-Infrared Wavelengths the Most Beneficial?

There’s no denying that light therapy has beneficial biological effects; the body requires light to function correctly. Natural sunshine has been used as a healing modality for ages, while we now know that specific wavelengths can be both valuable and toxic.

UV light treatment, for example, is used to treat chronic skin disorders effectively. On the other hand, UV exposure should be done in moderation because it has been linked to cell damage and even skin cancer.

Blue light therapy is a standard acne treatment because it eliminates microorganisms in skin tissue. Its use, on the other hand, could potentially produce issues. Because most individuals are already overexposed to blue light from computers, smartphones, and other devices, adding more for therapeutic purposes could backfire.

Blue light is now thought to play a role in macular degeneration and may hasten skin aging. We don’t recommend using blue light devices as part of a daily skincare routine because of these hazards.

According to years of research, researchers have discovered a “therapeutic window” of certain wavelengths — red and near-infrared light that appear to have considerable biological benefits without any known adverse effects.

As these natural therapies become more widely used in everyday healthcare, researchers are studying the illnesses that can be successfully treated with red light therapy and the best conditions required to absorb the benefits of light therapy.

More than just “red” light is used in red light treatment. It employs wavelengths from visible (red) and invisible (near-infrared) spectrums. A number also knows it by different names: Low-level light treatment (LLLT), photobiomodulation, or even low-level laser therapy are all words that have been used in scientific investigations on red light therapy.

To avoid any misunderstandings, here are two quick technical notes: 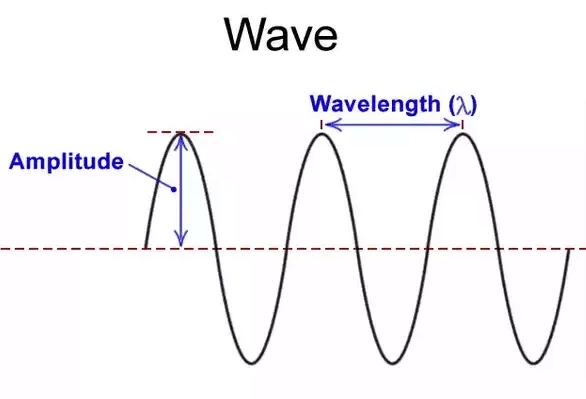 Only a few wavelengths of light can pass completely through the skin.

Any light entering the body must pass through the skin’s layers. Short wavelengths (like blue light) barely scrape the skin’s surface, whereas long near-infrared wavelengths penetrate all skin layers and penetrate deeper into the body.

The skin’s outermost layers are three separate tissue layers (seven layers if you include the four to five layers just within the epidermis).

The dermis, roughly 1 to 4 mm thick depending on the location, lies beneath the epidermis.

The hypodermis, or deeper subcutaneous tissue, varies in thickness from 1 mm to 3 cm depending on the region.

Tissues Beneath the Skin

Muscles, bones, cartilage, numerous organs, blood, lymph, and interstitial fluid, which fills the crevices between cells, are all found beneath the skin.

Because some bones, cartilage, tendons, muscles, and joints are located beneath the skin’s surface (such as the knuckles), red wavelengths can easily reach them.

What Does This Mean for Red Light Therapy?

Any wavelengths used to treat diseases deeper in the skin or beyond the skin must be long enough to penetrate the layers of skin, ranging from 2 mm (about the thickness of the eyelids) to 3.5 cm (the thicker skin on the buttocks).

The deeper the absorption into the body, the longer the wavelength. According to a study, red light wavelengths are particularly useful for “skin-deep” disorders. Choose near-infrared light for deep tissue applications, as it can penetrate all layers of the skin and thick connective tissue and bone.

The Benefits of Red Wavelengths

The wavelength of red light most favorable to the skin is 660 nm, the upper limit of visible red light. This wavelength penetrates further than the shorter 630 nm wavelength and produces similar effects.

The skin and sebaceous glands are penetrated by red wavelengths, which revitalize the tone and texture of the skin. The wavelengths 630 and 660 nm are the two most studied wavelengths in the red light spectrum. Below are some of the benefits.

This study paired the 630 nm red light wavelength with other beauty treatments (such as microneedling) to significantly improve photodamage, fine wrinkles, and sagging. Numerous other clinical trials, including a 2014 study by German researchers, have backed up this conclusion.

According to a 2013 study, red light treatment with a wavelength of 630 nm is a safe and effective way for men and women to stimulate hair growth.

Red light therapy may be an effective acne treatment, according to a 2017 study published in Dermatology Times. Many LED acne treatments combine blue and red light; however, given new studies on blue light’s potential skin-damaging effects, red light alone may be advised to treat acne-triggering inflammation that contributes to breakouts.

According to a 2011 study, combining red light at 660 nm with NIR light at 830 nm can delay the onset of muscle fatigue and increase skeletal muscle function. (Athletes, take notice.) This is only one of many experiments that show how multiple mixing wavelengths can yield significant results.

The 660 nm wavelength was discovered to have an anti-inflammatory impact in rats in a study looking at the effects of red light therapy on pleurisy.

In a 2015 study, red light at 660 nm was found to be even more effective at increasing ATP synthesis in vitro and accelerating callus growth in the early stages of bone fracture healing than red light at 830 nm.

The red 660 nm wavelength was found to significantly reduce pain in rats with sciatic nerve discomfort in a 2014 study.

According to researchers who conducted this study in 2013, the red 660 nm wavelength boosted the creation of new blood vessels and accelerated collagen deposition.

On their own, the wavelengths of 630 nm and 660 nm red light are particularly beneficial. The best results are obtained by combining shorter and longer wavelengths in the visible and invisible light spectrum. 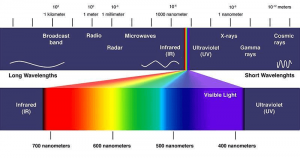 As a result, light can be defined in various ways, with electromagnetic radiation being one of the most common in physics. Light can take many different shapes based on the VIBGYOR. VIBGYOR gave birth to a kaleidoscope of colors. Each hue has its wavelength and range. Finally, red has a high wavelength value when compared to other colors. In comparison to the other colors, violet has the highest frequency. The wavelength is made up of the speed and frequency of light together.