What Causes a Circuit Breaker to Go Bad? 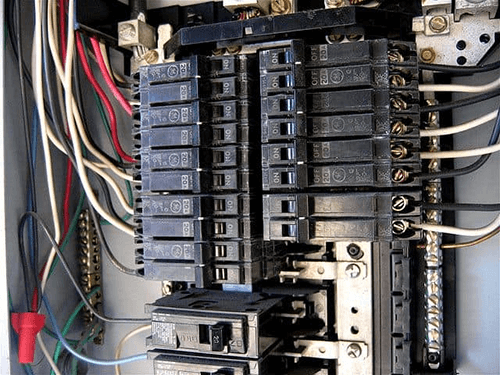 When it comes to circuit breakers, they’re not very complicated pieces of equipment. But that doesn’t mean they can’t malfunction or experience issues.

A circuit breaker is a safety measure most electrical systems have to protect users from the risk of shock or electrocution. If the current exceeds a certain threshold, for example, a breaker will trip and either shut off power entirely or reduce it to a safe level. If your home has circuit breakers, you’ll probably notice one at first glance because they look like oversized light switches with two buttons instead of one.

They also have their own panel on the wall that you can operate independently from the main panel. But what causes them to go bad? Read on for more details about what can make your circuit breaker fail and what you need to do if that happens.

Can a circuit breaker go bad?

Yes. Just like most electronic devices, circuit breakers can wear down over time due to normal use. The elements in the air and the harsh weather conditions can also cause them to become less durable. If a circuit breaker is knocked down, for example, it might not reset itself after you move it back upright. Or if you knock it down by accident and then step on it, it could damage the contacts inside.

The good news is that there are ways to prevent this from happening to your circuit breaker. You can do a few things to make sure they last longer, including:

What happens when a circuit breaker goes bad?

A circuit breaker serves as a defense system. So when it goes bad, it means that you will be vulnerable to the threats that will arise as a result of electric current overload.

When a circuit breaker goes bad, it won’t be able to fulfill or execute the tasks that it was designed for.

Before we get into the nitty-gritty of electrical failure, it’s worth noting that the most common cause of circuit breaker failure is human error. This might sound silly, but it happens all the time. If you aren’t familiar with the layout of your electrical panel, you might accidentally touch two wires together and trip a breaker.

Or you might overload a circuit by plugging too many high-wattage appliances into the same outlet, which causes a breaker to trip as a safety measure. So, circuit breakers are a great safety feature for the home, but they’re also there to protect you from yourself. It’s important to note that a circuit breaker isn’t the same thing as a fuse. Fuses don’t trip when you overload them like a breaker does. Instead, they just melt away, which is both ugly and extremely dangerous. 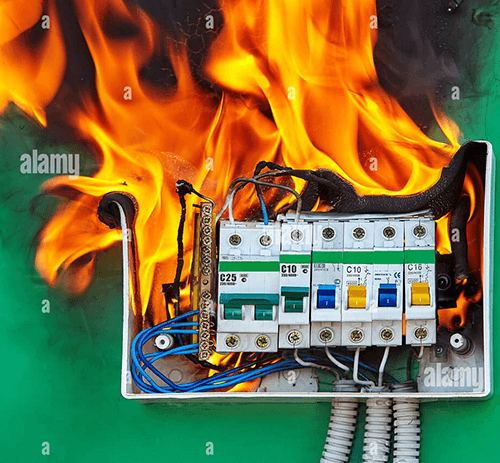 Bad wiring or an improper installation can cause a circuit breaker to trip because it’s not capable of handling the amount of power you’re trying to run through it. For example, if you’ve connected two circuits to a single electrical panel, this can overload the panel and cause breakers to trip as a result. If you have a short circuit on your electrical wiring, this can cause breakers to trip as well, but in this case, it’s because the wiring is overheating and at risk of catching fire.

A ground fault is another key factor that can make your circuit breaker to get damaged. It occurs when the electrical wiring that you’re connected to becomes damaged or corroded.

When this happens, the ground circuit in your home becomes damaged as well. This is a major safety hazard because it can cause the circuit breaker to trip. If you have a ground fault and your circuit breaker trips, then you don’t have a way of knowing where the problem is and how to fix it.

When breakers are used for long periods of time, they get hot and start to wear down. This can cause them to trip prematurely, even when there’s no problem with the wiring.

A short in your electrical system

A short circuit is when electricity flows through a circuit in a way it wasn’t intended to. Short circuits commonly occur when two pieces of metal come into contact with each other and create a path for the current to travel through.

If the current is strong enough, it can cause a short circuit and trip the circuit breakers in your home. When breakers are tripped due to a short circuit, it’s often because the short has come in contact with the breaker itself or one of the wires leading to it.

Can a Circuit Breaker Fail without Tripping

Now that you know what causes a circuit breaker to go bad, it’s important to note that not all malfunctions will cause the circuit breaker to trip. In some cases, the breaker may work as intended, but it may still be malfunctioning — it just doesn’t trip. For example, if your breaker is set to trip at 15 amps, but only 10 amps are flowing through the circuit, the breaker will remain in the on position but it will be working improperly. That’s because it’s designed to trip the moment 15 amps are detected, but it’s still acting as if only 10 amps are being drawn. This is why it’s important to periodically check the status of your circuit breakers — to make sure they’re working properly.

How can I tell my circuit breaker is bad?

-Constantly hot: Try to touch the circuit breaker with your hands. Does it feel abnormally hot? The heat could be due to damage that has occurred in its internal components.

-Frequent tripping: If your circuit breaker constantly trips, there is a good chance that it’s bad. It is a common practice to check the circuit breakers every month or so. In case they’re found to be defective, they should be replaced immediately.

-Electrical odor: Is there any distinct odor emanating from the circuit breaker? If it smells like burning wires, then it’s probably a bad circuit breaker.

-Worn out: It is normal for circuit breakers to have some wear and tear over time. However, if they are worn out, this could indicate that they are defective.

-A heavy current draw: If you have noticed that your circuit breaker is drawing too much current, then it’s time to replace it immediately. This could be due to a number of reasons such as an overloaded circuit or a defective breaker.

-Do not overload the circuit breaker.

-Do not keep the circuit breaker in a damp or wet location.

-Do not use excessive amounts of heat, moisture, and other substances on the circuit breaker.

-Never overuse or overcharge electrical appliances in your home or office.

-To ensure safety and reliability, regularly check your electrical devices.

-If you notice that your circuit breaker is getting old, replace it as soon as possible.

You can try out this one long-lasting solution: Buy quality circuit breakers. Let’s face it, some circuit breakers are prone to damage mainly because of their low build quality. Maybe your breaker isn’t of good quality. To prevent such problems in the future, it will be wise to get reliable breakers from reputable brands.

And in case you would like to buy quality breakers in China, it will be good if you go through a sourcing agent. This way, you will be sure of getting quality breakers from reputable manufacturers.

Ultimately, circuit breakers are designed to protect you from electrical fires and other hazards that are a result of bad wiring or overloading your electrical system. If your circuit breakers are malfunctioning or have experienced problems, it’s important to have them inspected by a qualified electrician to ensure they’re operating properly.

If your circuit breakers aren’t operating as expected, an electrician can come out to your house to inspect the wiring and troubleshoot the problem. Depending on the issue, they may be able to repair the problem without replacing the circuit breakers.