What Do the Numbers on a Circuit Breaker Mean? Best Answer 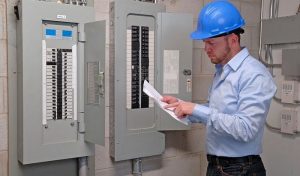 Can you tell what a circuit breaker’s capacity is? How well do you understand the meaning of the digits on a circuit breaker? The number on the circuit breaker often indicates a unit’s amp rating. Other numbers and letters are, however, printed on the label of some circuit breakers. Find out more about the numbers on breaker switches with the help of the detailed explanation provided here.

What Does a Circuit Breaker’s Numbering and Lettering Mean? 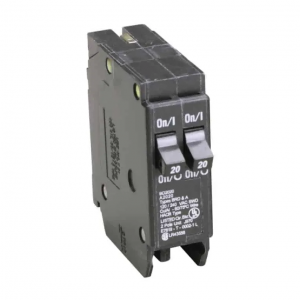 But in addition to the emphasized number and logo, there are additional numerical and letter combinations written on a breaker. One of these is its kiloampere rating, which, for example, might be 5KA or 10KA and denotes the highest amps it can trip. Additionally, the machine could be marked with 110 VAC, 220 VAC, or 240 VAC, which denotes its voltage rating.

The Hz rating, which indicates the line frequency a circuit breaker can broadcast, is another item you can see on its label. The standard line frequency throughout most of the world is 50 Hz. However, 60 Hz is used in America and several regions of Asia.

If you’re unsure of the frequency rating you need because it will depend on where you are, check with your local electrical company.

On an MCCB, or molded case circuit breaker, and an MCB, or miniature circuit breaker, you might find other catalog codes or numbers in addition to this essential information. Although you might be slightly confused by these codes, they are relatively simple to comprehend.

For instance, the following is indicated by a code like FAL36020 on various breakers, particularly on Square D products:

The second letter denotes the interruption rating or the amount of current it can handle before tripping. Standard Rating is denoted by A, Extra High Rating by C, High Rating by H, and Current Limiting Rating by I.

You’ll find digits after the letters. The first digit indicates a breaker’s number of poles. Depending on the existing poles you may find on the breaker, it may range from one to two or three.

Determining The Load Capacity of Your Circuit Breaker?

WATT does it all mean?

Let’s learn something small about watts, amps, and volts first, then we can discuss load capacity and all that other technical lingo.

What is an amp?

Ampere is shortened to the amp. The quantity of electrical charge that flows past a specific place in one second is measured in amps. The number of amps indicates how much electrical current flows through power lines.

What is a volt?

How forcefully electricity is being forced through a circuit is measured by voltage (volts, V). In other words, the voltage indicates how much pressure is being applied.

What is a watt?

A device’s electrical power consumption is measured in watts. The measurement unit known as “watts” represents the total amount of electrical current flowing through a piece of electrical equipment. The power provider calculates your utility bill by calculating how much power a building uses.

Still don’t get it? Let’s use another example!

How to evaluate your electrical load capacity

There is a specific amperage for each circuit breaker (amount of current). The breaker itself has a label indicating this grade. Most domestic circuits are typically rated at 15 amps or 20 amps. It’s crucial to remember that circuit breakers can only handle roughly 80% of their total amperage. Thus, a 20-amp circuit breaker can withstand approximately 16 amps, compared to a 15-amp circuit breaker’s capacity of about 12 amps.

Figuring Out How Many Electrical Gadgets Your Breaker Can Support

Before putting an electrical gadget into your breaker box, it’s crucial to know how much amperage it consumes. You must follow a few measures whether you want to install a heater, GFCI outlet, light switch, or air conditioner.

When you need to replace a circuit breaker, you must understand what the numbers on the circuit breaker imply. Avoiding purchase errors might help you save money and time when purchasing a new breaker.

Can you now recognize the breaker you need to purchase when buying a replacement now that you know the meanings of the letters and numbers on the breaker label? Do you have any other queries regarding the circuit breaker’s numbers? Let us know about them in the comments section.