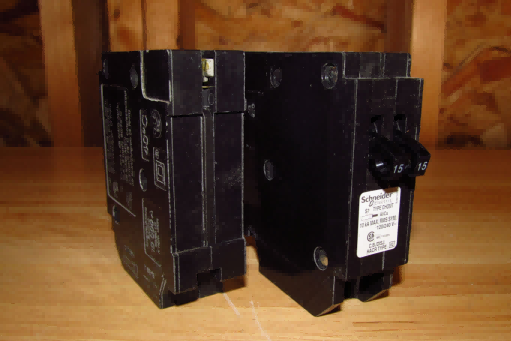 The main electrical panel in your home isn’t big enough to accommodate more circuits; do you want them? Electrical systems can be particularly annoying when you want to expand your house. However, you do not have the additional breaker space to power that area.

You only require a tandem circuit breaker, and I don’t mean to sound like a salesperson right now. Your question is, “What is a tandem circuit breaker?” These coupled breakers support two circuits by using a single pole in your load center. Discover the benefits of this fail-safe device’s unique features and why homeowners like them.

Similar in size to a typical 120-volt circuit breaker, tandem circuit breakers have a single plastic body. But it also has two separate circuit-operating breaker levers on the face of the device. When a circuit overloads, only one of the handles will trip to the off position because the device has separate internal mechanisms to protect and control each circuit.

Tandem breakers differ from a different option, the slimline breaker, which has occasionally been employed when there aren’t enough slots in the breaker box. Breakers with slender bodies, known as slimline breakers, can fit side by side in just one breaker box slot. The result is the same—two circuits work in a single slot breaker—but for tandem breaker type, they have a single body with 2 distinct mechanisms within them. In contrast, slimline breakers are just extra-narrow breakers that can be stacked atop the other.

The Use of a Tandem Circuit Breaker

Your electrical panel typically has single-pole (120 volts) and double-pole (240 volts) breakers installed in its legs and poles. Homeowners frequently find that all the knockouts in their load center—aside from a few bus bars—are already filled.

Here’s where the show’s star enters the picture. Tandem breakers protect electrical equipment, including lamps, appliances, and other fixtures that only need 120 volts or less. They can defend single-pole breakers in the same way and speak up for them.

This trip switch is helpful if you want to increase the capacity of your home’s power source. Additionally, because its toggle switches are dispersed, one circuit may trip while the other continues to function. Although it is a decent load distributor, it has its drawbacks.

A tandem circuit breaker connects to one of the hot bus bars and only utilizes one phase of power because it occupies one space in the breaker box. This restricts the use of a single three-wire cable, occasionally used for kitchen countertop circuits and other purposes, to supply both circuits. In such arrangements, the hot wires must be linked to various hot bus bars, where two hot wires supplying independent circuits share a neutral wire. Tandem breakers make it impossible to accomplish this. This means that tandem breakers are only appropriate when different cables serve both circuits instead of using a single wire with a familiar neutral.

No AFCI or GFCI Option

Additionally, it is legal for an electrician to install any AFCI and GFCI protection mandated by the most recent code requirements when performing maintenance or modifications to an existing electrical system. This indicates that he might be forced to remove tandem breakers and install the AFCI circuit breakers required by code. If your main service panel is already full, fitting all the circuits may require some significant adjustments, including installing a subpanel or an entirely new main service panel.

Are They Safe to Use 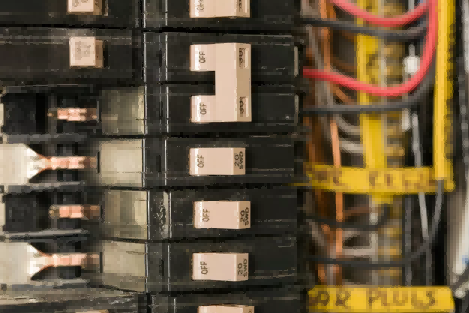 One of the older types of breakers you might discover in your breaker box is this one. Additionally, many homes consider this CB risky because of the potential for overloading the panel, blowing circuits, and starting a fire.

But that is only a myth. It is safe to use as long as the panel permits it and the breakers are in the correct slots. You can determine if you are allowed to put one by consulting the tandem circuit breaker wiring schematic at your panel door.

You’re probably not allowed to do so if there are no signs that your load centre can keep them. They are, nevertheless, entirely legal.

There are no concerns other than its limits since electricians utilize this double circuit breakers to help “cheat” their way into installing a few additional circuits in the panel. Furthermore, if it is discovered that this CB is false, reputable electrical firms will stop producing it.

How Many Tandem Breakers Can I Install

There are limitations to every central electrical panel. It will peak at a given point and trip the primary breaker. After all, maintaining excessive electrical loads is a poor habit. Our dual breaker is notorious for often overloading electrical panels.

There are limitations to every central electrical panel. It will peak at a given point and trip the primary breaker. After all, maintaining excessive electrical loads is a poor habit. Our dual breaker is notorious for often overloading electrical panels.

Now that you know “what a tandem circuit breaker does within every breaker panel,” are you aware of it? It is a 2 breaker in one frame that supplies power to two separate 120V circuits in your load center that use the same bus bar slot.

Although they are an excellent method to make room for a few extra circuits, they are less functional than a regular breaker. Additionally, their safety depends on how well they work with your panel system, so be careful to verify the model of your panelboard to see how many tandems it can support.

For purchase or quality tandem circuits or more details, contact us at ICRFQ. We manufacture the best electrical components in China.