What is the Purpose of a Circuit Breaker in an Electrical System? 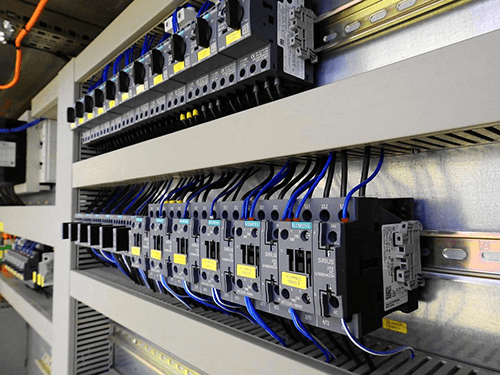 When an electrical system experiences a fault, the result is an unsafe condition. In response, protection devices are installed to isolate the faulty equipment and enable it to resume normal operation once the issue has been resolved. A circuit breaker is one such device that can detect if there is a problem with the power supply and – in case of a risk of fire, explosion or electrocution – cut off the power to that part of the system.

A circuit breaker is also known as a ‘breaker’ or ‘interrupting device’. It can be used on its own to control power flow in small installations, but is more commonly installed along with other protection devices in a protective circuit.

The role of all these devices working together as one protective circuit is to reduce the risk of fire, electric shock or explosions in an electrical system when it experiences an unexpected malfunction or fault.

What is the difference between them?

These are the most basic type of circuit breaker. They are designed to protect a single electrical branch. The most common use is to protect an outlet, light fixture or appliance.

Single pole circuit breakers can only be used to protect one branch circuit and should never be used for main feed protection.

Double pole breakers are used for main feed protection – that is, they are placed at the source of power entering the house, and interrupt power flow to all branches in the house. Double pole breakers have two separate trip mechanisms and can handle larger currents than single pole breakers – up to 100 amps – making them suitable for protecting large loads such as air conditioner units and electric motors.

These are usually found at electric panel boards and provide overcurrent protection between equipment located on different floors of your house (or different rooms).

GFCI stands for ground fault circuit interrupter. GFCI circuit breakers are designed to prevent electrical shock by shutting off the power if an imbalance of current is detected.

GFCI breakers are used where leakage currents may exist, such as in kitchens, bathrooms and outdoors.

These are also known as arc-fault detection devices (AFDD). They are used to provide protection from electrical fires caused by arcing faults.

AFCI circuit breakers can be used in the same locations as GFCI breakers, but they are typically used in areas where there is a greater fire risk, such as kitchens and garages.

The NEC defines an arc fault as a “continuous electrical arc that exceeds 12 inches in length” on a piece of equipment or wiring due to an unintentional open circuit or short circuit; it is not part of normal operation of the equipment or wiring system.

The Importance of Using a Circuit Breaker

The design of a circuit breaker is such that it will shut off the flow of electricity if it detects any abnormalities in the power supply. This is known as a ‘trip’ mechanism, which is designed to cut off the power in the event of a short circuit, overload or a fault in the wiring.

Another important reason to use a circuit breaker is to prevent fires. Electrical faults can cause overheating and can quickly lead to fires if not detected and corrected immediately. When a circuit breaker trips, it interrupts the circuit, which prevents current flow and prevents a fire from occurring. 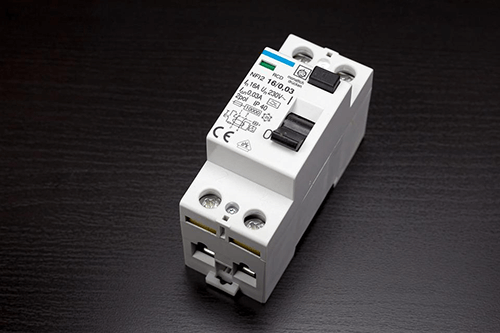 The most important thing to remember about circuit breakers is that they are not designed to detect all faults, just those that result in an electrical short.

They will not respond to faults caused by overheating, vibrations, poor maintenance, or faulty design and installation. Circuit breakers have some limitations and they don’t fit all applications.

A circuit breaker is designed to protect against a short circuit, which is a sudden excessive flow of current through a path that should be carrying no current.

Where to buy the best circuit breaker

As with any electrical equipment, you have to be careful when selecting a circuit breaker. It is important to purchase a device that is rated for the amount of current used by your electrical system.

You can purchase a circuit breaker from electrical suppliers or hardware stores. When purchasing a circuit breaker, you should make sure it has a certification mark such as CSA, UL, or ETL.

At ICRFQ, we can help you to buy quality circuit breakers for your electrical circuits. We are a trusted sourcing agent for electrical components in China.