Why Do Short Circuits Happen? 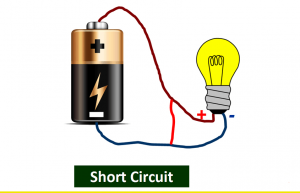 A short circuit is a common issue in the field of electricity and electronics. What is it? How does it happen? What should I do in case of a short circuit? How do I prevent short circuits? Read on as we answer all these questions?

What is a short circuit?

A short circuit is a connection between two points on a circuit that creates an unintended and potentially dangerous path for the electric current to follow.

A short circuit will cause excessive heating of the conductor (or conductors) and result in a risk of fire, electric shock, or explosion.

How does it happen?

A short can occur when an object becomes lodged between two conducting parts of electrical equipment or wiring. If the object is made of a conductive material such as metal, then it can create a complete electrical connection between the two parts, allowing electricity to flow through it instead of around it. This creates a short circuit and can cause damage to any device connected to those wires.

There are several factors that can be attributed to short circuits. Let’s look at some of them:

This is the most common cause of short circuits in an electrical device. If the connection of the wire to the terminal or terminal to wire is loose, there are chances that a short circuit may occur. You can check this by tightening the connections and see if it helps.

If the insulation is not proper, then it causes a short circuit. This can be fixed by replacing the insulation or by adding extra insulation to make sure that there will be no contact between the two conductors.

If there is accidental contact of conductors, then it can cause a short circuit. You can avoid this by making sure that the wires are kept apart from each other. Also, you should be careful while working with wires or electrical devices.

If the insulation is worn out, there are chances for a short circuit as well. You can avoid this by replacing the worn-out insulation and make sure that the wires will be insulated properly before connecting them to any terminals or sockets. This will help you avoid any kind of short circuit in your electrical device.

This happens when the wiring is not done properly. It can cause a short circuit as well. You can avoid this by rewiring the faulty wiring and make sure that the electrical wires will be insulated properly before connecting them to any terminals or sockets. This will help you avoid any kind of short circuit in your electrical device.

Since we have analyzed the cost, let’s look at the most common methods for preventing a short circuit. They include:

-Check appliances before use: Ensure that the plug is completely plugged in. Also, check for any kind of damage in the surrounding area. If you find any, then it’s better that you get it repaired before using the appliance.

-Replace the fuse: If there is a short circuit, then immediately remove the fuse of the electrical device or switch off the main power supply. Then replace the fuse with a new one.

Fortunately, there are devices that you can use for preventing a short circuit.

One of the most popular devices is a fuse. It is a device that melts when there is an overload and stops the current from flowing.

A fuse will melt if it gets too much power, and so if there’s a short circuit, it will break the connection between the two wires, stopping any further damage to your house wiring. The only disadvantage of fuses is that they cost money, but they’re worth it because they protect your home from fire or electrical shock.

Circuit breakers are a lot more advanced than fuses. They have a reset button that allows you to reset the circuit breaker after an overload is removed. They are installed in the main power supply line and can be used for several electrical circuits. But don’t rely on them too much, because they’re not as effective as fuses and still need to be checked regularly.

These are the most advanced devices that can be used to prevent short circuits. They are installed in the house’s main power supply line and will shut off any power if there is a leakage of current, like when waterfalls on an electrical outlet.

They’re very effective in preventing short circuits, but they cost a lot more than fuses or circuit breakers. The only disadvantage is that they can’t be used for high-voltage appliances like your television or computer because they aren’t strong enough to handle the amount of power these devices need. 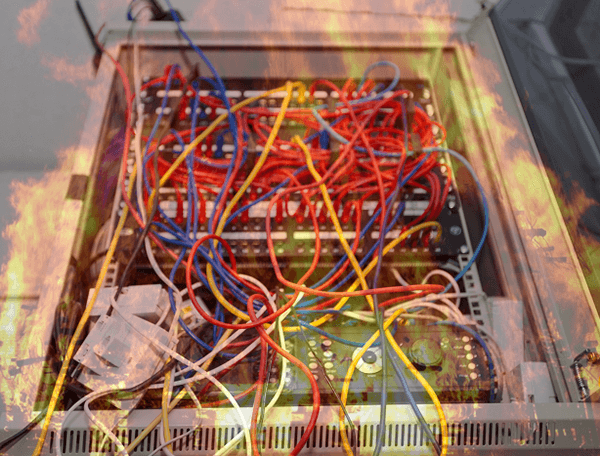 I hope that you have learned something about why short circuits happen. They are very dangerous, so it’s important that you know what to do if one happens.

If there is a short circuit, the first thing to do is shut off the power source by using a circuit breaker or unplugging the electrical device. Then you should use a fire extinguisher to put out any flames that are on fire, and then call an electrician to fix it.