Why Does My Breaker Keep Tripping? How to Find the Cause and Fix It? 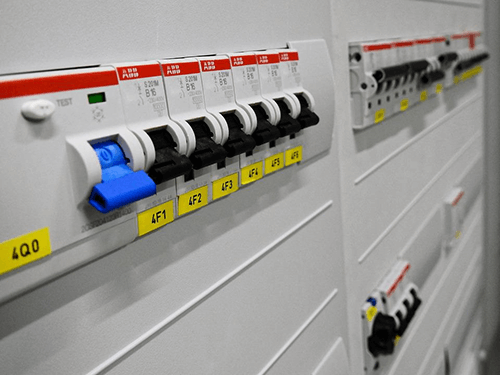 When you’re in your home, it’s easy to take things like light switches, electrical outlets, and circuit breakers for granted. But when something goes wrong with them, they can become a serious nuisance. One of the most common electrical issues that homeowners face is tripped breakers with no obvious cause.

What Does a Tripped Breaker Mean?

A circuit breaker is a device that instantly shuts off power to a circuit if it detects too much electricity passing through it, to avoid a fire or electrical shock.

The circuit is turned off by a switch, called a circuit breaker, that is designed to close (make an electrical connection) when it is overloaded, and to open again after the overload has cleared. If a circuit breaker is tripped, it means that there is too much electricity running through the circuit and someone will need to reset it. Tripped breakers are a sign that you have too much electricity going through that circuit and will need to turn off other items in that room or circuit so the breaker isn’t “tripped” again.

There might be a number of reasons why your breaker keeps tripping, but the most common are:

– Something Is Wrong With Your Wiring – If your wiring is old and has become brittle, it can break when you plug something in. If the break is large enough, it can trip your breaker. You may want to hire an electrician to check your wiring to make sure it’s safe.

– Your Electrical Panel Is Overloaded – If your home’s electrical panel is too old and can’t handle the amount of power running through it, it may trip your breakers regularly. In this case, you’ll have to have the electrical panel replaced.

– There’s Something Wrong With Your Outlets or Appliances – If one of your appliances or outlets is malfunctioning and drawing too much power, it can trip your breaker.

How to Find Out Why Your Breaker Keeps Tripping

If you notice that your circuit breaker is tripping often, or you see a neighbor’s lights flickering once in a while, you may want to investigate and fix the problem. Before you start digging into the problem, make sure that no one is using the circuit. You can also mark it on a wall calendar as “off” so you don’t forget to turn it back on. If the breaker keeps tripping at random times with no one using the circuit, you can use a circuit tester to see if the breaker is actually tripping for a reason.

You can also use a voltmeter, which is a device that measures voltage. Your voltmeter should have two probes – one red and one black. Touch the red probe to an open wire in your house, such as the neutral wire coming from your electrical service panel. Touch the black probe to any grounded metal in your house, like the grounding wires in your electrical service panel or a water pipe. Slowly turn the breakers on and off, and watch the voltage reading. You should see the voltage drop when you shut a circuit off, and then jump back up again when you turn it back on. If it doesn’t, you probably have a faulty voltmeter.

Why Does My Breaker Keep Tripping? How to Find the Cause and Fix It?

You may want to call an electrician to check your electrical panel to make sure that it’s not overloaded and to see if there’s anything wrong with the circuit breaker. If the problem is in the breaker itself, you’ll have to replace it.

How do you know if your breaker is faulty?

If your circuit breaker is tripping and you’ve checked to make sure that the wires are hot, then you can test your breaker.

This way, if they find a problem with another part of your house’s wiring, they can fix that while they’re at it without charging you extra money for coming back later on down the road after they’ve already gone through all of this trouble once before.

Is it dangerous for the circuit breaker to keep tripping? 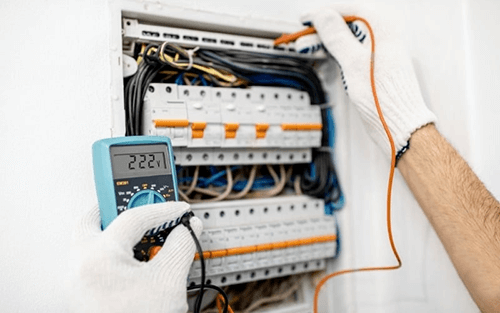 If you keep having to reset your circuit breaker, you need to have it looked at by an electrician. These issues could be serious, especially if you have to reset it several times a day. It could mean that there is too much electricity going through the circuit, which could cause a fire.

You should have an electrician come out and check it out as soon as possible. If your circuit breaker keeps tripping with nothing plugged in, or with only one or two things plugged in, it could mean that there is a problem with your electrical system.

A faulty circuit breaker can cause this problem or a short in the wiring. It’s important to identify and resolve these problems as soon as possible because faulty wiring can increase your energy usage and cause dangerous electrical fires.

What should I consider when replacing the circuit breaker?

There are a few things to consider when replacing a circuit breaker. First, you’ll need to know what kind of circuit breaker you need. Do you need a single pole or double pole? This can be determined by the number of wires connected to the breaker.

Next, you’ll want to make sure that the amperage and voltage are compatible with your home’s wiring system. You’ll also want to ensure that the new circuit breaker has the same trip rating as the old one. A trip rating is how many times it will trip before it needs to be replaced or repaired. When considering trip ratings, make sure that you have an idea of how many times your old one tripped before needing replacement or repair.

When shopping for a new circuit breaker, also keep in mind that not all breakers fit all electrical panels.

If you’re looking for replacement parts for your electrical panel, make sure that they fit your specific panel model and brand if applicable. It’s also important to note that some breakers may fit older electrical panels but not newer ones because they use more current than older models do.

If your circuit breaker keeps tripping with no one plugged in, it may mean that there is a problem with the circuit breaker itself or the electrical system. A faulty circuit breaker can cause this problem or a short in the wiring. It’s important to identify and resolve these problems as soon as possible.

And if you want to buy a circuit breaker in China, it will be better to use a sourcing agent. They will source it for you from reputable manufacturers and suppliers.