Why Does Your Water Heater Keep Tripping the Breaker? 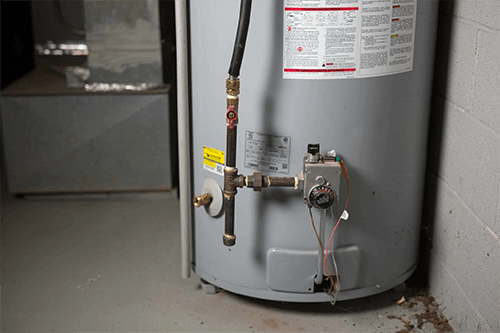 There are specific circuits for electric water heaters. This implies that nothing else is connected to their circuit breakers. The breakers occasionally trip for no apparent reason. They may trip any time; if so, you can reset them and continue using the water heater until it trips again. Sometimes you won’t be able to reset them because they might trip.

Circuit breakers trip for a reason, and it may be an emergency requiring immediate attention. There is still a cause even if they only trip occasionally. It is best to troubleshoot the issue to prevent causing damage to your home and running the risk of an electrical fire.

This article will examine why the water heater breaker keeps tripping and explore possible solutions.

So, what exactly is the root of the issue? You have to be familiar with the various potential situations that can arise with your heating system. And because the circuit breaker keeps tripping, you need to make sure that you consider all of the electrical components necessary to power up the tank.

A dedicated circuit breaker for your heating device should be one of the items on your checklist, along with the wirings connecting the breaker, the heater, and the water heater’s internal components. Because of their role in the malfunction, careful attention must be paid to the factors above.

The Water Heater Itself

The first thing we’ll look at is your hot water tank, which is the most likely source of this problem. If you’ve used this device for a while, it may show signs of wear. Every time it is put into operation, there is a possibility that you will observe some rust, whirring noises, and leaks.

Because of the tank’s advanced age, you should anticipate that the water heater’s breaker will trip frequently. On the other hand, even if you have recently purchased a brand new heater, it is never entirely impossible for the thermostat to malfunction.

The next component to consider is the element that heats the water. They don’t pay much attention to the rust building up on their casings because so many people ignore these components. As a consequence, the element’s Casing fractures, which exposes the electrical components to moisture and ultimately results in a short circuit.

Another component of the electric water heater that should be inspected is its wiring. In addition to the insulations being chewed through by mice and insects, wires have a tendency to degrade with time.  Always exercise extreme caution when handling frayed or damaged wires. Not only is there a possibility of electrical short circuits, but there is also a danger of being electrocuted.

A Short Circuit in The Wiring Lines

When we talk about wirings, we’re not referring to the cables on the water heater alone. Keep an eye out for the connections that link the specialized CB to the water tank. Sometimes, they are not properly fished through the conduits or the wire protectors, which leaves them exposed to the elements outside.

If you are a do-it-yourselfer and don’t have the appropriate tools for locating faults, it can be difficult to pinpoint where the short circuit originated from in your project. There are only two ways to find damaged wires because, in most cases, the wires are contained within tight spaces that are only accessible to rodents like mice.

The first method involves physically inspecting each cord by pulling it out of its housing, and the second method involves using specialized equipment such as a multimeter. In either case, the presence of damage in a wire run can be a viable explanation for why an electric water heater keeps tripping the circuit breaker.

A limit switch on water heaters prevents the water’s temperature from rising above 180°. The limit switch, a tiny red reset button on the water heater, trips when the water exceeds 180°. By doing this, you can avoid getting burned or scalded by the scaldingly hot water.

A defective thermostat is the most likely reason for the limit switch to trip. There are two thermostats in a two-element water heater, one for each element. The thermostats converse to ensure that only one element is heated at once. Sometimes when they malfunction, they remain in the state. As a result, the heating or both parts continue to operate and heat the water continually.

The circuit can get overloaded if the water heater has two elements, as do the majority of electric water heaters. The breaker in the box will trip due to the circuit drawing too much current and becoming too hot.

Thermostats in need of replacement are defective. Many people advise replacing the thermostats and heating components at the same time.

Numerous scenarios exist in which a circuit breaker will operate at its maximum capacity. Even though this is the aspect of the water heater that gets the least attention once the circuit breaker trips, you should check in on it from time to time.

After years of consistent use, the functionality of a breaker, like that of other home appliances or electrical devices, begins to deteriorate. The Consumer Product Safety Commission (CPSC) estimates that a CB should have a lifespan of between 30 and 40 years; however, this estimation is contingent on the CB’s ability to maintain consistent voltages and power ratings.

Be sure to purchase a circuit breaker corresponding to your water heater’s amperage rating. For instance, if you have a 4500-Watt tank, putting a 25-amp breaker would be a poor choice because there wouldn’t be enough room to adjust the constant load.

Therefore, 30-amp circuit breakers are typically the best option for powering a whole water heater without any issues. This is because 30-amp circuit breakers prevent the breaker from tripping. However, if you choose a circuit breaker that can handle a lot more amperage than it was intended to, it won’t pick up on any anomalies caused by the heating appliance you’re using. Even though it would be wonderful if the breaker never tripped again, you probably won’t like it as much if your house burns down because wires were allowed to overheat without being discovered.

Now that I’ve pointed you some of the potential reasons for this electrical issue, you’ll need to run some diagnostic tests to determine which of these is why the circuit breaker for the water heater tripped. These are some practical steps that can be taken for each potentially harmful feature at hand:

Turn off the power supply to the water heater, then check the upper and lower thermostats and the heating elements. Check the thermostat’s wiring with a voltmeter to determine if it has any impedance and sees if the thermostat has any (Ohmic resistance).

If the thermostats are functioning correctly, the next step is removing the wires from the two terminal screws on the water heating element. After you have placed the two probes of your multimeter on the screws, you should adjust your multimeter to the continuity setting (which should produce a sound). It indicates that the element is broken if the multimeter does not make a beeping sound.

The heating element functions correctly if the multimeter does not produce audible results for any screws. Check the outside of the tank one last time to see if any damage can be seen.

How can the problem be resolved?

The following step is a component replacement or wire maintenance after you have identified the issue’s cause. The best course of action is obtaining the necessary supplies, but I strongly advise against doing all the job yourself.

If the circuit breaker on the water heater keeps tripping, speak with a dependable electrician or plumber. The worst thing we would like to avoid is missing other significant issues that we didn’t address in this tutorial, and a skilled contractor can only resolve that.

There are three straightforward solutions to your problem of “why does your water heater continually trip the breaker”: either you have a malfunctioning breaker, a defective heating element, or poor wiring.

You need to determine the source of the abnormalities to fix them. Is the problem with the water heater’s internals? A brief in the incorrect lines? The circuit breaker alone?

When looking for faults, you can use a multimeter to help, but when you’re ready to do repairs and maintenance, get help from an expert.

For more details on the best type of breaker to use or any anything for quality electrical connectivity, contact us at ICRFQ. We manufacture the best electrical components in China.