Why Inductor Is Avoided In Integrated Circuit Components? 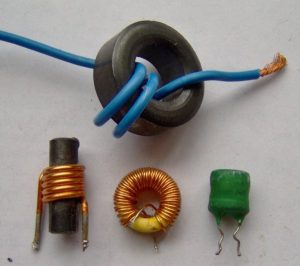 There are different electronic components that are added to integrated circuits. Resistors, capacitors, and diodes are just some of these components.

But there is one component, no matter how important it is, most people tend to avoid adding it to the IC.

That is the inductor.

So, why is it always avoided?

Read on as we outline key reasons why manufacturers of electronic components avoid adding inductors to their ICs.

First of all, what is an inductor?

It is a passive component that has the ability to store energy.

Due to its ability to store a great amount of energy, it acts like a battery, and is often referred as “the battery of the circuit”.

Sometimes it is referred to as coil, choke or reactor.

An inductor is rated in terms of inductance. This is basically the ratio of voltage to the incoming current.

But it is always at the disadvantage of having low resistance.

This is why this type of component is avoided in ICs.

That is because they are prone to overheating and may lead to breakdowns in electronic circuits.

A good example of an inductor that was used in an IC would be the one found in early computers such as those with Zilog Z80 CPU.

They have been replaced by capacitors since then, but they did have their time during their existence in ICs.

The reason why inductors are avoided in ICs has been explained above.   However, let us see one more reason why manufacturers avoid them:

EMI occurs when there are changes in current flow through any conductive material (e.g., metal wiring), which results from electromagnetic radiation from a source or from induction between two conductors (e.g., two wires).

EMI can cause circuit damage by interfering with the operation of sensitive components and causing equipment failures or failures due to interference with radio-frequency signals (i.e., radio and television broadcasts). EMI can also cause interference with communication signals over telephone lines, computer networks, cellular telephones, and other types of communications equipment.

The reason why EMI is important to ICs is because it can cause problems with signal integrity.

EMI can cause problems with the operation of sensitive components, such as those in a digital circuit.

Inductors are bulky to be used in ICs

This is another common reason why inductors are often avoided in integrated circuits.

We all know how ICs are small in size. Adding a bulky electronic component will only make things worse. You will end up with a large IC hence defeating the purpose of using an integrated circuit.

The purpose of a capacitor is to store energy, which causes it to be bulky.

Another problem with inductors is that they are usually non-linear in nature.

Due to this problem, most of the time we use capacitors instead of inductors because capacitors are linear in nature and do not cause problems with signal integrity.

The high-frequency signal is then rectified by the diode bridge before being applied to an amplifier that boosts its amplitude and creates radio noise as a result.

The radio noise will be picked up by any nearby receiver components causing problems with its operation.

An alternative solution that can solve this problem would be to use transistors instead of diodes in place of the bridge rectifier. A transistor can rectify high-frequency signals without producing radio noise at all but transistors come at a price because they are more expensive than diodes and their operation becomes very sensitive in terms of temperature changes which may cause them to malfunction or get damaged by EMI.

Complicate the design of the IC

Adding inductors into ICs can complicate the design process of the integrated circuit itself.

Of course one of the causes is the bulky nature of the inductors. Designers will find a hard time coming up with a perfect IC while at the same time accommodating the inductor.

The addition of an inductor can bring about more problems when designing an IC because there will be quite a few different components that need to be placed together properly and at just the right location within the IC itself.

Due to this, many designers will find themselves having difficulty coming up with a suitable layout for their IC which may result in them changing their initial design plans or even making several revisions before they come up with one that works well enough.

It’s also common for designers to start off with one type of layout and then later find out that they’re not able to use it anymore after adding an inductor into their design.

In some cases, adding an inductor into an IC can lead to errors that may not have been noticed during testing or other final stages of development.

The inductors used in ICs are usually wound on a core that is made out of ferrite material.  This makes it difficult to use them in practical applications because it is hard to get consistent winding as well as keeping track of the core.

This makes it harder to wind a large number of inductors in a small space such as on an integrated circuit.

Ferrite cores are also known to get damaged easily when exposed to high temperatures which can cause problems with the IC itself.

So, what is used in place of inductors in ICs?

As we have discussed, manufacturers tend to avoid using inductors in their integrated circuits. In the place of inductors, manufacturers have developed various types of capacitors, resistors, and diodes.  The use of these components is more practical in terms of design and allows for better use of space.

Capacitors are used in place of inductors because they work as an energy storage device that can be used to store charge which is then released when the IC requires it.

I hope now you know why inductors are not used in modern-day integrated circuits.  The main reason being that they can cause problems with the reliability of the IC.

And in case you want any of your questions related to ICs answered, we are always there for you.