Why Integrated Circuit Is Important To Computer? Detailed Answer 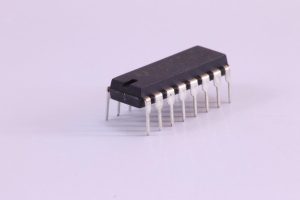 Photo by shotput on Pixabay‍

Integrated circuits, or ICs, are small chips that contain a number of electronic components.

These components are often found in larger standalone units, such as resistors and capacitors. Integrated circuits combine all of these smaller electronics into a single tiny package that can be easily integrated into other devices and machines.

They take up less space, which is useful for devices with small or limited amounts of available space. Integrated circuits also cost less than buying the same components individually, which is helpful for mass-produced products like computers and smartphones.

Read on as we break down the importance of ICs in computers.

How Are Integrated Circuits Used in Computers?

Computer Integrated Circuits, or ICs, are used throughout modern computers for a variety of functions. They are found in the computer’s processor, memory, and even the computer’s cooling system. Computers contain many electrical components, each of which performs a specific function.

However, each of these components requires its own separate circuit board, which takes up a lot of space. To solve this problem, engineers started combining several circuits into a single chip.

A single circuit board could then be used to control and connect several functions at once. Considering the millions of circuits in modern computers, it becomes clear just how essential integrated circuits really are.

A computer can be thought of as a machine that processes data. Data can be anything from the numbers in a spreadsheet, to graphics on a website, or commands within a program. Computers store this data in memory, and then process it, storing the results of the calculations in memory as well.

Some computers are programmed to perform specific tasks, like controlling traffic lights, or powering an air conditioning system.

Integrated circuits are used to act as the “brains” of computers, processing, storing, and managing data.

They are used in computer processors

Most computers contain several integrated circuit boards, each performing a different task. The computer’s processor is one of the most important ICs inside the machine. The processor handles all of the mathematical calculations necessary to perform tasks like running computer programs and controlling the electrical components of the computer.

It also stores data in a computer’s memory and retrieves it when needed. A computer processor is actually made of hundreds of separate integrated circuits that handle different parts of the calculations. 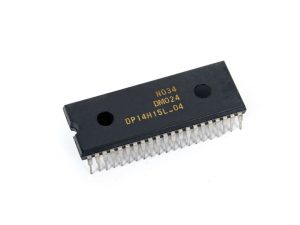 A computer’s memory is a very important component that stores data that is being processed and stored by the computer. It is made up of a series of integrated circuit boards that control the reading and writing of data.

These boards store the information in a series of “locations,” and the computer processor uses these locations to store data, then retrieve and use it when needed.

Computer memory is measured in terms of how much data can be stored within it. For example, a 32 gigabyte memory can hold 32 gigabytes of information. The more memory is used, the slower the computer will perform.

Computers use ICs for power management

The power supply of a computer is responsible for providing the electrical energy that is needed to operate the machine.

A computer’s power supply is managed by an integrated circuit, and is designed to provide more than enough energy for the computer, even during peak usage.

By managing the amount of energy that the power supply provides, the computer’s power management IC can protect the computer from sudden surges or drops in voltage.

This helps to prevent damage to the ICs and other components inside the computer.

ICs are used in the computer networking

A computer network is a collection of connected devices that can share information with one another. It can be as simple as two computers connected in a single room, or as complex as millions of computers across the globe.

The network interface circuit is essential for computers to communicate with each other.

It manages the flow of data between different machines, as well as the movement of data between the computer’s memory and other storage devices, such as hard drives and flash drives.

Buy the right IC for your computer

When purchasing a new computer, it is important to select a model that has the correct integrated circuits.

The same is true for the computer’s networking capability. If the computer does not have the correct components, then it will be unable to network with other computers.

When shopping for integrated circuits, it is important to find the right supplier. This means finding a company that has a proven track record and provides quality products. The best way to find a reliable integrated circuit supplier is to read online reviews and articles.

And this is where ICRFQ comes in. We are a reputable supplier of integrated circuits in China. We have a wide range of ICs that are designed to be used in computers.

Whichever function you are looking for in an IC, we will give you the right solution.