Everything You Need To Know About Circuit Protection

When electricity enters your home, it is separated into circuits via a circuit breaker box (or a fuse box in older homes). A breaker or a fuse is used to protect each circuit. 15-amp circuits are typically utilized in bedrooms, living rooms, and family areas, where only lights, alarm clocks, and other small electrical appliances are used.

What Is Circuit Protection?

Circuit protection is a failsafe meant to protect people and property in the event of an electrical fault. A maximum voltage or amperage exists in every electrical circuit. If this value is surpassed, the wire will overheat, potentially melting the wire insulation and starting a fire. Furthermore, if an earth fault, short circuit, or poor installation occurs, or if a circuit is overloaded, the consequences are the same, and there is still a chance of catastrophic injury.

Circuit protection prevents this by ‘tripping the circuit’ and disconnecting the power supply to that specific circuit. Excessively high currents cannot travel through the wire when this happens, potentially causing overheating and fires.

Why Is Circuit Protection Important?

Before we go any further, let’s go through the fundamentals of circuit protection. The term “circuit protection” refers to a group of devices that protect electrical circuits from power outages. The most basic device is a fuse, a low-resistance resistor that works as a sacrificial device to protect the load or source circuit from overcurrent. A fuse protects the circuit, but it’s useless once it’s been used. A circuit breaker is a next gadget, a reversible device used to stop the flow of electricity in an electric circuit as a safety measure.

Surge protectors and uninterruptible power supply (UPS) technology have evolved as technologies such as fuses and circuit breakers have led to the creation of supplemental power protection devices. Unfortunately, the surge protection industry did not rely on advanced engineering; instead, it relied on a massive marketing operation to convey the notion that lightning strikes meant your equipment would be destroyed.

Voltage surges and spikes are responsible for fewer than 0.05 percent of power-related events that harm devices. Surge devices utilizing metal oxide varistors (MOVs) unprepared for overvoltage circumstances were sold in the industry.

These gadgets lacked advanced engineering, causing fires and failing to protect electronics from 99.5 percent of grid disturbances. UL, a global independent safety science corporation, stepped in due to the fires and modified the protection regulations. A surge protector must now demonstrate that it will not cause a fire due to overvoltage to be UL certified. 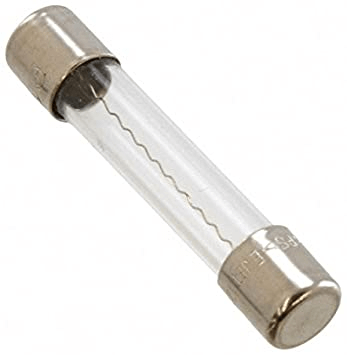 A fuse is made out of a thin wire that melts quickly. The wire heats up until it melts and destroys the circuit if the fuse’s current is too high. There are several different types of fuses: 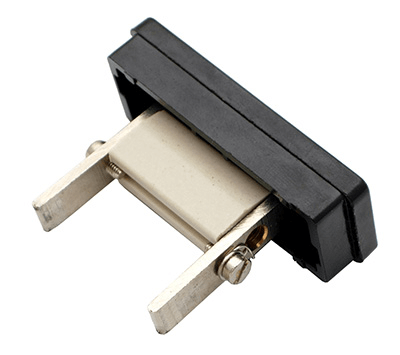 These are inexpensive, easy to fix and check to determine whether they’ve blown in domestic circuit protection. They are, however, inaccurate, can be exploited by using the wrong fuse wire and can contain dangerously hot metal.

Cartridge fuses are used in plug tops and distributions because they are fairly accurate, have a low fusing factor, are easy to replace, and do not arc externally. They are, however, more expensive than rewirable fuses, and you can’t tell whether they’ve blown just by looking at them. 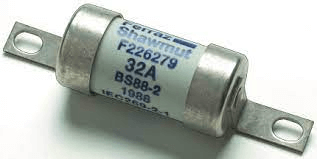 These are commonly seen in industrial settings and motor circuits. They are easy to replace, operate quickly, are fairly precise, and have no external arcing. It is highly costly to replace them.

A miniature circuit breaker is an electromechanical device used to protect electrical circuits from overloading.  Fuse can’t be reused, although MCBs can. They’re also a lot easier to use, with on/off switching for circuit separation, and a plastic case protects the conductor. They are substantially more expensive than fuses, and they must be tested frequently. Their performance is also influenced by the weather outside.

When an excessive current runs through a circuit, a circuit breaker functions as a switch and opens. It can be reset without causing harm, and a latching mechanism keeps the primary connections closed. There are two methods for tripping the latch.:

Magnetically – When the heat generated by excessive current bends a metal strip to trip the breaker) (when a fault current would strengthen the magnetic field to operate the latch.

RCDs and RCBOs protect humans from electric shocks produced by earth leakage, whereas MCBs do not. 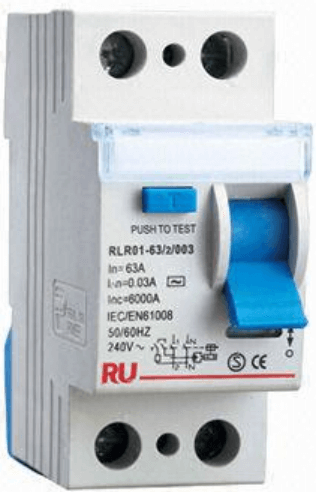 An RCD continuously monitors the electrical current and shuts it down if it detects something unusual, like electricity flowing in an undesired direction. RCDs can protect one or more circuits, but keep in mind that if an RCD shuts down the power, it affects all the circuits it’s protecting. 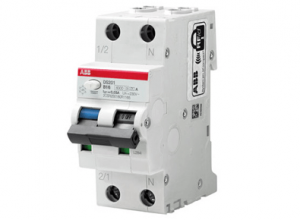 An RCBO combines the functions of both an RCD and an MCB, providing the highest level of protection. They’re most commonly found in business settings and are appropriate when a high level of electrical safety is necessary.

A manual-operated, simple mechanical device that opens an air gap in the circuit. It’s vital to remember that the air gap’s size is VOLTAGE dependant; greater voltages can arc through small gaps. The switch terminals’ size is a CURRENT defendant; terminals that are too small may weld together if the current is too high.

An isolator’s nature generally throws or spring-assisted, which means it has two stable states: open and closed, and it cannot be left in the middle. The size of the spring and the lever required to activate the switch are both CURRENT dependent; a sizeable current device requires sufficient ‘breaking capacity to perform a clean switching action.

Because a switch is a manual mechanism, it is usually mainly used for decorative purposes. However, many switches can be shut out, so turning them on requires a key. When electricians are working on a piece of equipment, they first turn off the switch and then padlock it to prevent the item from accidentally turning on while they are working on it. 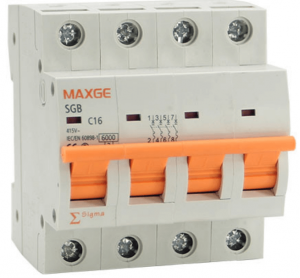 A Magnetic Circuit Breaker is the simplest and most popular ‘automatic’ switch (MCB). A magnetic circuit breaker is made out of a small electromagnet coil with a magnetic core that rotates to disconnect when there is an overcurrent. This is in addition to the automated manual switch.

Purely magnetic circuit breakers are resistant to tiny current surges and overloads, but they react swiftly (in milliseconds) in fault situations, making them the workhorse of the safe electrical circuit. 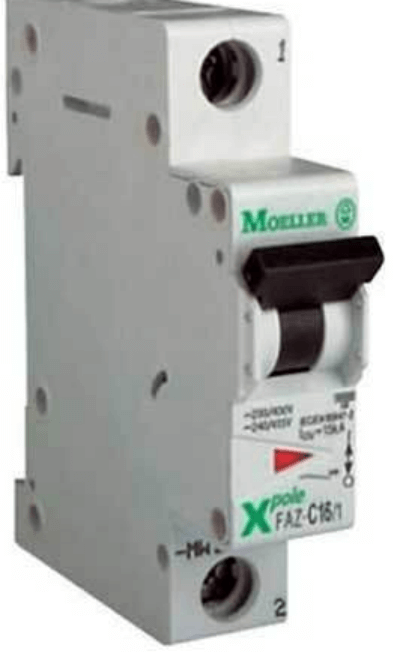 In addition to the coil described above, a Thermal Magnetic circuit breaker has a bimetallic strip through which the current travels. The two metals are chosen so that as they heat up in reaction to the current flowing, the strip spirals as the temperature rises, and if the current flows fast enough, separation happens.

This form of the thermal circuit is predictable and has the extra benefit of detecting even minor overloads. Because the strip’s curvature is slow, short-term overloads of 150 percent will not cause the strip to disconnect; but, long-term overloads (e.g., 125 percent for several minutes) will. In addition, the thermal disconnect has the added benefit of adequately derating devices in high ambient temperatures. 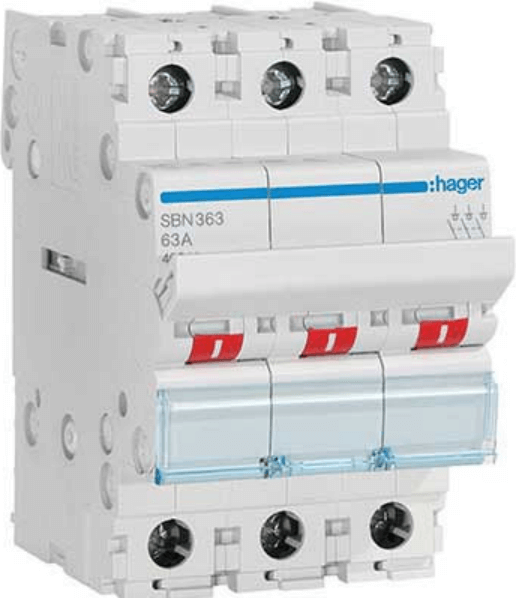 Purely Thermal circuit breakers are employed in low-cost, low-current applications. Because they only use the bimetallic strip, they are not suited for circuits where short circuit currents could fuse the contacts.

Gas Discharge Tubes – GDTs frequently protect surge voltages on telecom and datacomms lines, signal lines, and customer premise equipment. Because they can sustain surge currents of up to 40,000A, they are an excellent choice for decreasing lightning-induced transients.

Protection Thyristor Devices – These are a form of thyristor used to prevent overvoltage transients in various telecom and datacom equipment. Within nanoseconds of achieving their break-over voltage, they may deflect currents of up to 500A.

Repetitive pulses in fast electrical transients, inductive load switching, commutative transients, and lightning surges are all examples of hazards that this general category of devices protects circuits and components from. Because their p-n junctions are substantially more extensive than those of other diodes (Schottky, Zener, etc.), they can safely conduct high transient currents (up to 10,000A) to the ground.

As you can see, there are numerous factors to consider while selecting the appropriate circuit protection device. Rubber Box places a high focus on safety; thus, we cover each of our power distribution boxes with an absolute minimum degree of earth leakage protection by default, ensuring your safety at all times.

If you’re not sure, there’s a strong probability that your equipment doesn’t have a unique requirement for extra protection. If our specialists believe you need further protection from an MCB or RCD, we’ll let you know, but we’ll endeavor to save you money if it’s not essential.

It’s crucial to know the difference between branch circuit protection and additional protection to give this protection. In general, branch circuit-rated devices safeguard the wires, and supplementary devices add to the protection, but they are insufficient to independently protect the equipment or load. Supplementary devices are frequently employed for lower-load equipment, internal loads, or as an extra way of disconnecting.

There are numerous general regulations, wiring procedures, and grounding and bonding approaches to protecting equipment and humans.

Most electrical circuits begin with branch circuit devices, such as a circuit breaker or fuse with the necessary labeling. By reducing the current flowing via cables, these devices safeguard against fire and electrical shock, and they also give away to disconnect electrical power during equipment maintenance.

Protection circuits are required for all electronic equipment. They are used to safeguard the linked circuit from a reverse connected power supply or a voltage that exceeds the circuit design voltage or to protect the power supply from being pushed to deliver excessive current into overload or short circuit. We hope you found this information to be helpful.

Lastly, is you are looking forward to purchasing protection circuits, we at ICRFQ are here to sell you the best quality there is in china and at affordable prices.

How to Use a Multimeter to Test Voltage of Live Wires

How To Read A Micrometer?