Everything You Need To Know About 2N2222 Transistor 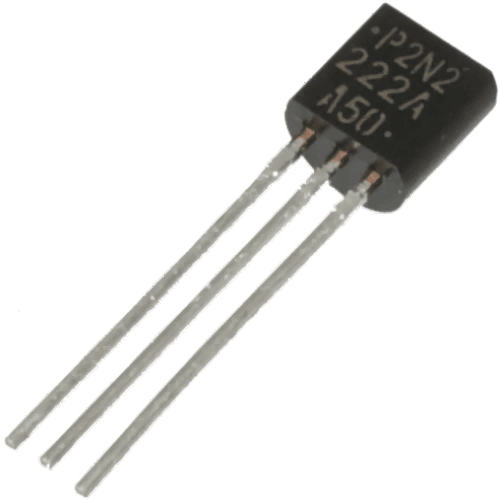 It is designed for low to medium current, low power, and medium voltage, and can operate at moderately high speeds. It was originally introduced in the late 1960s by Motorola Semiconductor and is still in widespread use today.

In this guide,we are going to look at everything you should know about this type of transistor.

And in case you are planning to buy one,we will also give you tips for choosing the best  2N2222 transistor suppliers in China.

It has three terminals: the base, the collector, and the emitter. When a small current is applied to the base terminal, it turns the transistor on and allows a larger current to flow from the collector to the emitter.

This is known as current amplification. The 2N2222 can be used as an amplifier or a switch, depending on the circuit design.

When used as a switch, the 2N2222 can control the flow of current to other components such as LEDs, motors, and relays.

The design of the 2N2222 transistor allows it to be used in a variety of electronic circuits. It can be used to amplify signals, switch power to other devices, and even create oscillators. 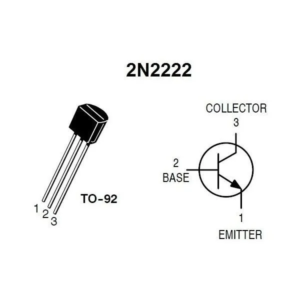 2N2222 transistors have three key components that make them work:

So, how do these three terminals correlate to function together?

This is known as cut-off. These three components of the transistor work together in order to control the flow of current through the transistor, allowing it to be used for a variety of applications.

Also, the combination of these two materials allows for greater temperature stability and a slower turn-on time.

Whichever material is used, it must be doped with either positively charged or negatively charged materials. Doping is a process of introducing impurities into the material in order to create a semiconductor, which is necessary for the transistor to function properly.

For instance, a transistor with n-type doping will have a higher gain than one with p-type doping. On the other hand, the type of material used can also play a role in the transistor’s performance.

For example, silicon is known to be more reliable than germanium, and it can also be used to create transistors with higher gain.

Let’s look at the key features that make up 2N2222 transistor. They influence how it operates and even performs.

-Material: The transistor can either be made of silicon or germanium. The silicon version is the most popular and the most common.

-Maximum Collector-Base Voltage (Vcb): This is the maximum voltage that can be applied between the collector and base of the transistor. The 2N2222 NPN  can handle up to 40 volts.

-Maximum Collector-Emitter Voltage (Vce): This is the maximum voltage that can be applied between the collector and emitter of the transistor. It can handle up to 40 volts.

-Transition Frequency (fT): This is the frequency at which the transistor switches from cut-off to saturation. The transistor has a fT of 300MHz.

-Maximum Operating Temperature (Tmax): This is the maximum temperature at which the transistor can be operated. It can safely operate under temperature ranges of up to 150°C.

-Current gain: This is the ratio of collector current to emitter current. The 2N2222 has a current gain of 200.

What advantages of 2N2222 transistor?

Let’s now look at the key advantages and benefits of 2N2222 transistors:

-Low cost: This transistor is ranked among the most inexpensive transistors on the market, making it an ideal option for budget-conscious projects.

-High Speed Switching: The 2N2222 has a fast switching time, allowing it to quickly switch between on and off states.

-Wide Voltage Range: This transistor is able to support a wide voltage range, making it suitable for many different applications.

-High Input Impedance: The input impedance of the 2N2222 is extremely high, meaning that it can provide a strong signal even over long distances.

-Low Power Consumption: Thanks to its low power consumption, the 2N2222 is a great choice for projects that require a low-power solution.

-Easy to Use: This transistor is fairly straightforward to use, making it an accessible component for hobbyists and beginners.

In which devices 2N2222 transistor is used?

They are often used in hobby electronics, such as radio control systems, as well as in industrial applications.Some of these devices include:

The 2N2222A is an improved version of the 2N2222 transistor, with a higher gain and higher maximum power dissipation. It is also more resistant to temperature changes, making it more reliable in hotter environments.

In terms of features, the 2N2222A has a higher maximum voltage and current rating, as well as a higher power dissipation rating. It also has a higher gain than the 2N2222. Otherwise, the design and function of the two transistors are very similar. This means that they can often be used interchangeably in circuits.

What about the price? Generally, the 2N2222A is slightly more expensive than the 2N2222.

Which one should I choose between the two? It depends on the application. If your application requires a higher gain or higher power dissipation, then the 2N2222A would be the better choice. Otherwise, the 2N2222 will work just fine.

I hope that this article has given you a better understanding of the 2N2222 transistor. The 2N2222 is a very versatile and popular transistor that finds its way into many different types of electronics projects.

It is a simple NPN type transistor that is easy to use and is a great starting point for anyone looking to learn about electronics.

And in case you would like to buy 2N2222 transistors in China, consider contacting ICRFQ. We are a reputable electronic components supplier and provide a wide range of transistors in bulk at competitive prices.