Everything You Need To Know About Attenuators

Everything must be transmitted from one point to another, including electricity, communication, entertainment, utility supplies, and so on. There are various methods and transmission systems for transmitting them.

Transmission lines and required substations deliver electrical electricity generated from one location to consumers. Amplifiers are used to boost the power of a signal. Moreover, they are called amplification when sending energy from one place to another.

Similarly, the Signal’s power may gradually decrease while sending signals across extended distances, referred to as attenuation. This article will explain what an attenuator is, how they’re made, the many types of attenuators, and how to utilize them.

What is an Attenuator?

Electrical, communications, entertainment (television), and other signals should all be transported via a medium from one site to another. The signal power decreases as the distance traveled by a signal increases, rendering many activities impractical.

Attenuation, or the gradual loss of signal power over time, is still helpful in many situations. Attenuators are simple passive two-port electrical devices that reduce signal strength without causing waveform distortion.

What does an attenuator do?

An attenuator aims to prevent a specific signal from flowing through. At the same time, users of rural and remote antennas create ever-larger arrays to pull in super-weak, distant signals. City and suburban people frequently have more Signals than they require. While a hobbyist with a massive aerial antenna may scoff, folks living near the towers may find that stray signals are hurting their viewing pleasure.

The overabundance of signals can result in ghosted images and a range of other issues. A particularly strong signal can bounce off surrounding structures, causing “multipath interference” and the stronger primary Signal. Even with digital communications, this is still an issue.

If you think you have too much Signal, an attenuator can help by lowering the amount of Signal that flows through the line. However, attenuators aren’t just for antennas. Satellite amplifiers and attenuators work together to ensure that “just enough” Signal gets through. Signals overamped can generate distortion, overloading the tuners on a satellite receiver. If you’re installing just one TV adjacent to an amplifier, it’s pretty normal to use one.

An attenuator’s purpose is to allow some signal through but not all of it. A filter or a trap is an attenuator that prevents all signals from passing through. A filter is used for various purposes, such as restricting amplification to one portion of the spectrum while leaving another unaffected or allowing two antennas to cohabit peacefully.

Variable attenuators have long been the “go-to“ attenuator for home enthusiasts. The majority of people do not have access to pricey signal meters. They‘ll realize they need an attenuator after reading a post like this. They won‘t know how much attenuation they‘ll need, so they‘ll buy a variable one and experiment with it until it‘s perfect. That‘s a tried-and-true manner of doing things yourself. That‘s not a problem. 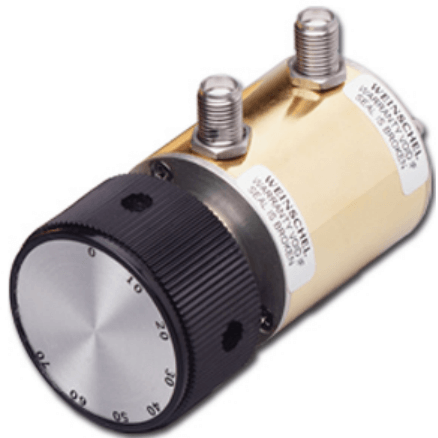 Attenuators with fixed steps of attenuation are known as step attenuators. These are nearly identical to fixed attenuators, but they have the added benefit of giving varied fixed attenuation levels in pre-calibrated stages. Chip, coaxial, and waveguide formats can all be used to do this. 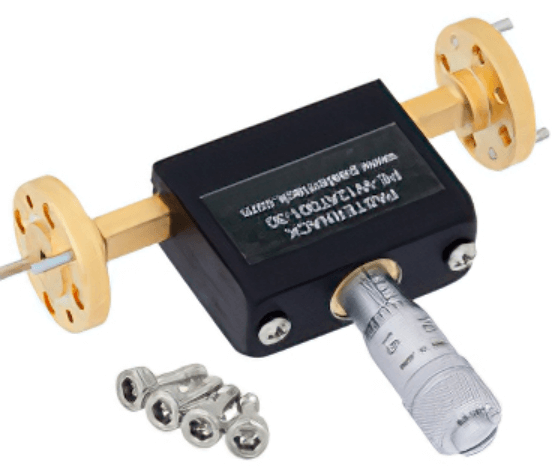 A programmable attenuator, often known as a digital step attenuator, is a component with external voltage control. The majority of the time, this external control is computer-controlled. The different sizes of steps are commonly 1, 2, 4, 8, 16, and 32 and are controlled by transistor-transistor logic (TTL) inputs.

These types of logic levels control SPDT switches, which connect the multiple attenuators in a signal line to achieve the desired attenuation. USB-controlled programmable attenuators are available to make the connection between the attenuator and the computer easier. They are frequently packed with well-known software to provide easy device control.

DC bias attenuators, also known as dc bias passing attenuators, transmit DC while attenuating RF signals. They usually contain a capacitance on the input and output of the attenuator that prevents dc from flowing through but enables the RF signal to pass through—the dc Signal bypasses the attenuator and goes to the output by another path. 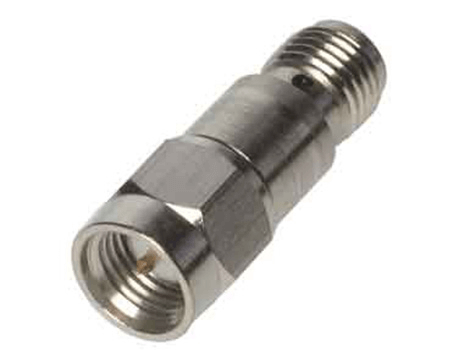 Specific waveguide designs allow users to manually input a value using a dial to acquire a particular attenuation. This streamlines the procedure by eliminating the need to change the screw in a continuously variable waveguide attenuator and then measure the attenuation until it reaches the required value.

Because optical attenuators attenuate light waves rather than electron waves, they are commonly used as light absorbers or dissipators. Optical designs are similar to RF designs in that they are tailored to a specific purpose.

Individual fixed attenuator networks can be connected or bypassed in any desired sequence from 1dB to 100dB or more. This can be done using multi-pole rotary, rocker, or ganged push-button, making switched attenuator networks, also known as step attenuators, simple to design and construct. The attenuation can be increased or decreased in fixed steps by turning on the necessary attenuators.

There are numerous attenuations uses that we can see in our daily lives, and we’ve mentioned a few of them below:

How Else Can an Attenuator Be Used?

Modern attenuators can be employed in various inventive ways, albeit volume/power attenuation is its principal application.

Most attenuators can be used as dummy speaker loads, allowing technicians to work safely on amplifiers without connecting them to a speaker cab.  Without hearing the hiss of a speaker cabinet, you can set bias, check operating voltages, and perform other repair and maintenance tasks.

Many attenuators include a line-level output, allowing for a wet/dry setup. Some users may dial in a perfect dry tone, then run it through an effect’s setup, an external power amp, then out to a separate cabinet using the line-level output on their attenuator. This keeps its dry sound while allowing you to put effects on top of it.

Users can also use attenuators to play extremely high-wattage amps via low-wattage speakers without burning them out (s). One could connect their Triple Rectifier to a 1×12 extension cabinet filled with a Celestion AlNiCo Blue (15 Watts) with no fear of damaging the speaker after attenuating the high-wattage Signal to an appropriate level. Furthermore, if the attenuator includes a line-level output, a user could utilize speaker emulators instead of physical speaker cabinets to experiment.

Common Myths That Have Been Dispelled

This isn’t precisely a myth, but it’s based on the expectation that a power attenuator will suddenly transform their 100w non-master volume amps into bedroom amps! Attenuators aren’t meant to be used at maximum attenuation levels, and any attenuator will suck tone at this point. Some individuals also buy the cheapest attenuator they can find – after all, attenuators are just like any other piece of equipment. The more you pay, the better the service you will receive. Higher-end attenuators will take very little or no tone from your amp if utilized appropriately.

Power Attenuators can Damage your Amp

There’s no reason a properly operating power attenuator would hurt your amp if you connect the fan (or make sure your attenuator doesn’t get too hot) and connect your power attenuator correctly. However, they may cause your power tubes to reach higher temperatures, causing them to wear out faster.

The arcane products found in the toolbox of a professional antenna hobbyist are endless. The poor attenuator is one of the cheapest. Attenuators are less frequent than they once were, and they’re also less helpful than you may think. However, they are still required on occasion. Solid Signal specializes in locating hard-to-find parts, particularly if you seek something well-made. Lastly, if you are looking to purchase Attenuators, look no further; we at ICRFQ are here for you. We manufacture the best Attenuators you will find in the market.