Everything You Need To Know About Coupling Capacitor 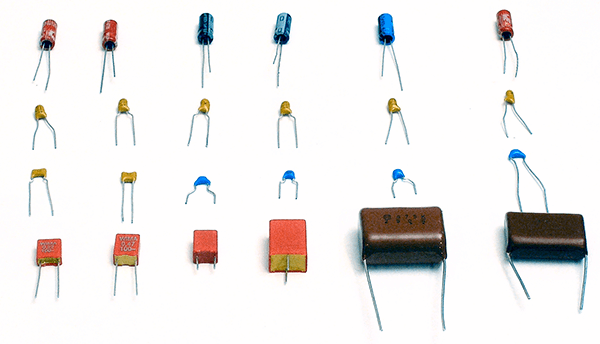 What is a coupling capacitor? 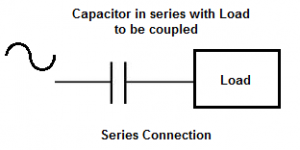 To understand this capacitor, it will be vital to know the basics of capacitive coupling. This is a process in which there is a transfer of energy from one circuit to another. Coupling capacitors are used in this process. They are connected to the input terminal of the circuit and it stores energy from the source which is then transferred to the output terminal.

The capacitor is usually placed between two circuits so that when there is a change of voltage at one terminal, it will affect the other terminal. This helps in smoothening out the voltage changes and makes them less noticeable (interference).

Also, coupling capacitors are used for blocking the incoming AC signal from the source. The capacitor is placed between the source and the load so that when there is AC voltage variation, it will block the voltage variation and prevent it from reaching the load. If a capacitor is placed in series with a resistor, it will block 90% of the current flowing through it and only allow 10% to flow through. This means that if you have 100W of power coming into your circuit, only 10W will actually be used by your circuit.

The basic principle behind coupling capacitances is that when there is no voltage across them, they are completely passive elements and are capable of storing energy from a source to an output terminal. However, when an AC signal is applied across them, their capacitance changes and they are now able to store energy from an input to an output terminal.

A typical coupling capacitor construction comprises parallel plates and in between, them is a dielectric materials. The dielectric material can be air, paper, mica, and even plastic. The plates are placed with a gap between them and they are insulated from each other. They are then mounted in a casing and fitted with terminals.

With regards to alternating current, capacitors are used to store energy from the source which is then transferred to the output terminal. This way, it helps smoothen out voltage changes and makes them less noticeable (interference).

The capacitor is usually placed between two circuits so that when there is a change of voltage at one terminal, it will affect the other terminal. This helps in smoothening out voltage changes and makes them less noticeable. 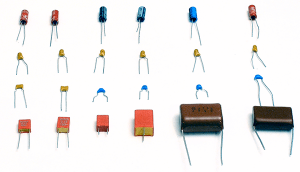 Coupling capacitors can be classified into two groups, namely:

This type of capacitor has a movable plate or an adjustable plate that you can use to control its capacity. The capacity is usually measured in farads (F). It can be adjusted as per your needs or requirements which makes it easier for you to use these types of capacitors for various applications such as filters, DC blocking, impedance matching, etc.

These types of capacitors are not adjustable and have fixed values that cannot be changed by the user. The values may vary according to their sizes but they will remain constant throughout their lifetime.

Other than the above categories, do you know that some ordinary capacitors can also be used for coupling capacitation? The most common capacitors that are preferred include:

-Aluminum electrolytic capacitors: These capacitors are also used as coupling capacitors due to their low ESR and ESL values which make them ideal for this application.

-Ceramic capacitors: They are used for coupling capacitance as well. However, their disadvantage is that they have a lower frequency response and therefore are not ideal for high-frequency applications.

-Film capacitors: film-type capacitors can also be used as coupling capacitors. They have a very good operating temperature range and they are also able to provide a very high frequency response.

-Polyester capacitors: These capacitors are used for coupling capacitance as well. However, their disadvantage is that they have a lower frequency response and therefore are not ideal for high-frequency applications.

The formula below shows how to calculate the capacitance of a capacitor.

E = The energy stored in the capacitor (in Joule)

V = The voltage across the capacitor (in Volt)

-Material: The material used to build the capacitor influences its ability to store energy and therefore affects its capacitance. For example, a ceramic capacitor has higher capacitance than an electrolytic capacitor because it has better dielectric properties.

-Temperature: The temperature of the capacitor also affects its capacitance value. A capacitor with a high temperature will have better dielectric properties than one with a low temperature.

-Damping Factor: The damping factor is the ratio of the charge stored in the capacitor to the applied voltage. It is measured in J/Vm2 (Joule per Volt squared per meter squared).

-Power Factor: The power factor of a coupling capacitor is measured by calculating how much power is consumed by charging and discharging it. It can be either positive or negative depending on whether there are more charges accumulating within it or discharging out of it respectively.

-Stability Factor: The stability factor is used to calculate how well a coupling capacitor will hold up over time in terms of capacitance value . It can be either positive or negative depending on whether more charges are accumulating within it or discharging out of it respectively.

What is the difference between coupling and decoupling capacitors?

Coupling capacitors are those that are designed to be used in circuits where a large amount of charge flows through a circuit. They are therefore used in AC applications such as power supplies, circuits with high voltages or low voltages, etc.

The main purpose of coupling capacitors is to pass an AC signal without changing its value. In other words, they do not change the charging or discharging process.

-Audio circuits: Coupling capacitors are used to filter out noise, which is the unwanted signal coming from a circuit that is not being used.

-In PLCC equipment where are used for connecting carrier equipment and as well as transmission lines.

-In BJT for connecting two stages that will be used for the amplification.

-In communication equipment such as modems, routers, and cable TV modems.

-In the power supply of a circuit for the purpose of filtering out noise and preventing over-voltage.

-In instrumentation circuits where they are used to filter out noise that is generated by the device under test.

-In circuits where they are used to improve the signal quality of a circuit or device that is not being used.

How do you choose a coupling capacitor?

When it comes to selecting a coupling capacitor for whichever application, there are a few technical parameters that you should look at. These are the impedance, resonant frequency, electrical characteristics and the voltage rating of the capacitor.

The impedance of a capacitor is a measure of how much current it can safely carry. A high impedance means that the capacitor will not pass a large amount of current through it. For example, if you have a circuit that requires 1A, you should use a capacitor with an impedance rating of at least 10MΩ or more. If you want to use your capacitor for other applications besides filtering signals, then it should have a higher impedance rating.

The resonant frequency refers to the frequency at which the capacitor will begin to oscillate when there is no signal present in the circuit being filtered. In most cases this happens when there is no voltage present on the capacitor’s terminals and therefore no signal is being transmitted through it. The resonant frequency is also affected by capacitance and inductance values as well as their physical arrangement within the circuit in which they are used.

Electrical characteristics are determined by the size and shape of all components used in any particular circuit, including coupling capacitors, inductors and resistors among others.

The physical dimensions (including length) and placement (including placement on one side or both sides) also come into consideration when choosing any part for any application where it’s necessary for you to choose one from several options available to you.

Other factors such as temperature stability, creepage distance from components, etc., also factor into your decision-making.

Where to buy coupling capacitors

After considering all that we have stated, you are now ready to buy coupling capacitors for your application. But where should I buy them?

There are countless websites that sell coupling capacitors and in addition to that, there are reputable manufacturers and suppliers selling them as well.

You can also use the services of a sourcing agent such as ICRFQ to find quality coupling capacitors in China.