When it comes to connecting your computer, robotics, and other electronic devices to the peripherals, there are two main options: digital or analog. Each option has its own features, advantages, and disadvantages. But knowing which one is right for you is important.

In short, I/O stands for the connection between devices and other devices or the outside world in general.

What are digital and analog I/O for PLCs?

A Digital input and output system is used to represent binary data. A binary digit (1 or 0) is called a bit. It represents the smallest unit of information in digital systems. A bit can have only one value at any given time. The most basic digital input-output devices are called switches (or relays). Switches can be closed or open (also referred to as on or off). When a switch is closed, it allows current to pass through it; when an open switch, no current can pass through it. In a PLC system, when you turn on an output relay, for example, it turns on power to whatever device you connect to it (for example: LED lights). When you turn off that relay, the power is turned off to that output.

An analog signal, or analog input-output (AIO), is a signal that has an infinite range of values. Analog signals can be continuous or discrete. The most common use of AIOs in PLC systems is potentiometers (commonly referred to as pots). Pots are used for setting and controlling the speed of motors, relays, and other devices.

PLCs can be used to control the operation of switches, relays, motors, lights, and other devices. What’s more important is that they can be used to control other devices through digital I/O communication. In this way, you can control your home appliances through your computer or even remotely via the Internet. For example, you could use it to turn on your home alarm system when you leave your house so that it would not go off by mistake when you open your door while you’re away from home

How does the I/O system work? 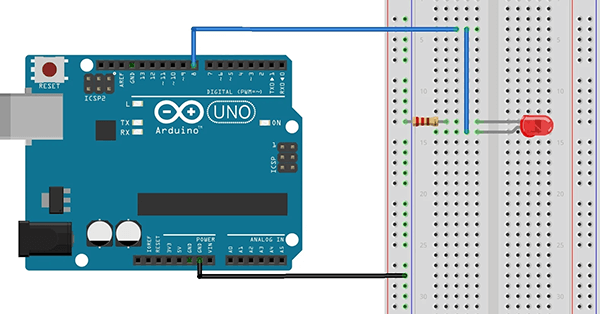 In a PLC, the working part is called the I/O block. It is a unit that controls the communication between I/O devices and the CPU. The I/O block has a number of inputs and outputs to connect to devices and other I/O blocks. It is connected to the CPU via a data bus. The I/O block also has an input that allows the signal from the CPU to be sent back to the CPU as a signal.

There are two types of I/O blocks: 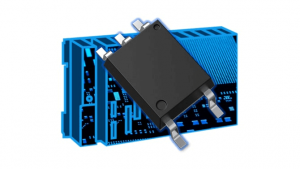 Which one has a longer response time between the two? Analog processing is continuous. This means that an instant change in the input will affect the output almost instantly. There will be no time delay once the system is in operation.

On the other hand, the digital I/O has a discrete operation. This implies that in case of a change in the input, there will be a time delay as the system will take some time to register that input before determining the desired output. The period of the delay will depend on the frequency clock that controls the communication between the input system and the output system.

An Analog I/O system uses a lot of power as it has to convert the analog signals into digital signals that can be handled by the CPU.

Digital I/O systems do not use any power as they are digital-based and the commands are simulated at run time in a software environment. The PLC uses power only when it executes these commands.

In the case of an analog I/O system, the power consumption is directly proportional to the signal that is applied to it. It has a high power consumption if there are high signals applied to it and vice versa. This is because the signal has to be converted into digital form for communication with the CPU which requires a lot of power. A digital I/O system does not have this problem as it operates at a constant frequency and does not require any form of analog signal conversion.

Analog I/O systems have more protection features built-in due to their analog nature which is more prone to failure than digital systems.

There is no doubt that analog IO systems are more reliable than their digital counterparts. One of the main reasons for this is that they are immune to damage caused by power surges and spikes. This is due to their physical nature.

Digital IO systems are susceptible to these problems because of their digital nature.

Another reason for reliability is that analog I/O systems are not prone to errors in their operation as compared to their digital counterparts. Analog I/O systems do not require any form of programming or configuration, unlike digital I/O which makes it a very reliable system in its own right.

On the other hand, digital IO systems have more configuration options than analog IO which increases the chances of errors occurring during configuration and operation. It also requires a lot more time and effort to configure these devices as compared to analog ones which make them unreliable in certain situations.

Most digital IO systems are characterized by compact designs and construction. They are also small in size and require less space to be installed. Their compact size makes them ideal for use in small areas where space is limited.

On the other hand, analog IO systems tend to retain their traditional designs. They take up large surface areas and require more space.

Digital systems are suitable for applications that require a high level of functionality. This is because they are designed to include a number of advanced features and functions. They are also capable of operating in a variety of different environments and conditions. This is due to their versatile nature which allows them to work in diverse conditions and environments.

Analog systems work well for applications that require simple functions such as alarm, temperature, and light control among others. These systems are also used in various kinds of industrial applications where they regulate the electrical current flowing through wires or other conductors which have been connected to it.

Which one should I choose? Digital IO vs Analog IO

Time to make a decision. Which one should I go for between these two IO systems?

The answer is – it depends.

In some cases, you might prefer digital systems since they offer more functionality and can be used in more environments. On the other hand, analog systems are easier to understand and use. They are also cheaper and can be used for a variety of applications.

In many cases, both digital and analog IO systems are suitable for the same application but the design of these two systems differ in terms of their functionality, features, and functions.

From the differences that we have listed here, you should find it easy to make that decision. Consulting experts will also help you make the right decision. For instance, we at ICRFQ can advise you which system to buy based on your requirements.