Everything You Need To Know About DPDT Switch 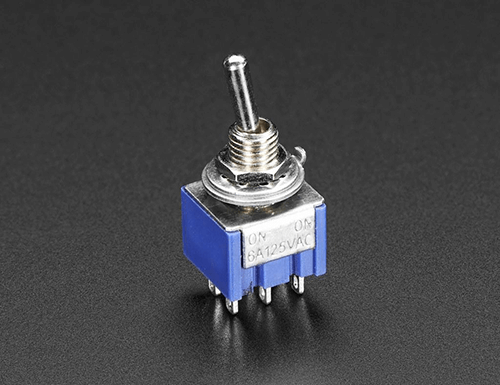 Did you know you can control how much power flows through a switch? If you’re not familiar with double-pole, double-throw (DPDT) switches, you probably don’t know all the ways they can be helpful. These switches are dual-purpose, offering the user two different poles and two different throws in each of the poles.

They are used to either break or complete an electrical circuit by switching on or off two separate circuits within a single device. They are mainly used in heavy-duty applications like industrial machinery, home appliances (like a lamp), and robotics. Let’s take a look at everything you need to know about DPDT switches in this blog post.

What is a DPDT Switch?

A double-pole, double-throw (DP-D-T) switch is a common electrical switch that allows to control two separate circuits with one switch. From the name, it means that this switch has a two inputs and four outputs. A single input controls two outputs hence the name double throw.

This kind of connection means that the switch allows you to direct current to a particular circuit depending on its power mode. This is achieved by a sliding bar or lever that moves from one set of contacts to another, switching the power on or off. The common applications for DPDT switches include lighting, motor control, and power control.

How does a DPDT Switch Work? 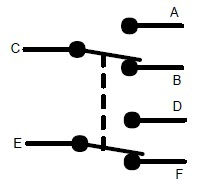 The common double-pole switches are usually composed of two independent sets of contacts on two stacked plates with four terminals. Each set is connected to its own pole, hence the name double pole. Within each pole, there are two contacts that can be thrown independently to allow current flow in either direction.

For a device with only one input/output pair, you can use this switch to turn something on/off or reverse its polarity. If you have more than one pair though, you have more options.

You can connect multiple pairs together so they all share a single input but have their own outputs and therefore their own separate control mechanisms (like a light switch).

Or you can connect them all together so they share both inputs and outputs but still operate independently (like a dimmer). It’s up to you how you want to use it.

What are the components of a DPDT Switch?

A typical DPDT switch comprises of two pole pieces, two sets of contacts and two springs. Pole pieces are like the arms of the switch. Contacts are the metal pieces that connect to the circuit. Springs are responsible for opening and closing both sets of contacts simultaneously when you turn on or off the switch.

The pole piece is a vertical metal rod with a hole at one end which is used to hold it in place. The socket is attached to this pole piece with one or more screws so that it can be easily removed if required.

The contacts have a cross section that looks like an upside-down letter T and are located on either side of the pole piece. These contacts are held in place by screws as well but can be pulled out from their sockets if required for any reason.

The spring is made up of a flat strip of metal that has been bent into a U shape with one end fixed onto one of the pole pieces and another end fixed onto another pole piece, thus creating a closed loop shape (a bit like an eyelet).

The other ends of these springs are usually bent 90 degrees so they don’t interfere with each other or any other parts when assembled together inside the switch housing.

The switch housing is a plastic or metal case that has been designed to house the different components of the switch assembly. This housing will always have a hole in one end which is used to connect it to the circuit board after it has been installed.

The other end of this housing will also have a hole through which the pole piece can be inserted. This hole will be slightly larger than the pole piece so that it can be pushed through and then held in place by screwing on the cap (the part of the housing that covers up this hole).

What’s the Difference Between DP and SPDT Switches?

First, the pole refers to the point of contact that completes a circuit. In a DP switch, there are two poles, so it is double-pole. A single-pole switch only has one pole, and this is why it is called single-pole.

This means that in a DP switch you can connect two separate circuits together in either 1 of 2 different ways – both paths must be completed before current can flow. For example:

In an SPDT switch you can only connect two separate circuits together in one way – if you make contact with one pole then current will flow through both poles and complete the circuit.

There are many applications where DPDT switches are used – industrial machinery, home appliances (like a lamp), robotics, and many more. Here are a few examples:

– Industrial Machinery: When you turn a light on or off in your house, you are actually completing an electrical circuit. When you turn the light off, the circuit is interrupted, which causes the light bulb to stop receiving power. In industrial machinery, DPDT switches are used to control circuits that have to be “always on.” A DPDT switch can control two separate circuits with one switch. In this example, two separate circuits could be a heating circuit and a cooling circuit.

– Robotics: When you program a robot to move objects or to perform a task, you need to give the robot a power source. You also need to tell the robot when to use that power source. DPDT switches are used in robotics to control the power source for the robot.

– Home Appliances: DPDT switches are used in appliances that need to control power to a particular component. For example, a lamp has a switch that controls power to the light bulb. A refrigerator can turn off the cooling element so it doesn’t run while no food is being kept cool.

And any other application that requires a switch with two positions.

Why Use a Double-Pole, Double-Throw Switch?

Just from the working principle, you can easily predict why you will need to use a DPDT switch. First, you will need this type of switch when you have two circuits that are independent of each other.

Second, you will need this type of switch when you want to control the power source of a circuit. For example, a lamp has a switch that controls the power to the light bulb. A refrigerator can turn off the cooling element so it doesn’t run while no food is being kept cool.

Another solid reason why you will need a DPDT switch is that you will want to control the power source for a circuit. For example, a lamp has a switch that controls power to the light bulb. A refrigerator can turn off the cooling element so it doesn’t run while no food is being kept cool.

How Do I Know If I Need A DPDT Switch?

If you have multiple circuits, you need to use a DPDT switch to control the power source of each circuit.

The other components in this case are independent of each other and don’t need to be controlled at the same time by one switch.

If your circuit has two circuits that are independent of each other, then you will need a double-pole double-throw (DPDT) switch for each circuit.

If your circuit requires two independent circuits but not necessarily two independent components, then you can use any type of switch—just not DPDTs switches—for both circuits as long as they are isolated from each other by some type of physical barriers such as metal or a mesh. 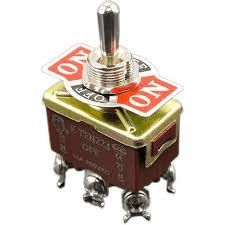 – Rotary: Rotary switches are similar to toggle switches, but they come in many different styles. Some of the most common styles are single-throw and double-throw. 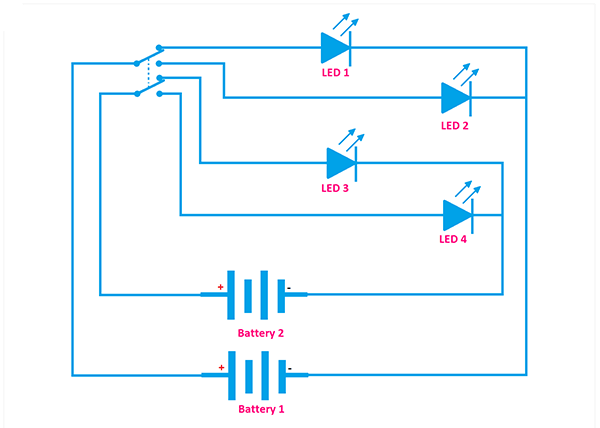 Before you buy your DPDT switch, it is important to know about these technical specifications:

– Voltage Rating: The voltage rating of a DPDT switch is important because it determines the maximum amount of current that can pass through the switch. In general, DPDTs are rated at 250 VAC, 500 VAC, or 750 VAC.

– Current Rating: The current rating of a DPDT switch is also important because it determines how much power the switch can handle. In general, DPDTs are rated at 10 A or 20 A.

– Poles: The number of poles in a DP-D-T switch indicates the number of independent circuits that can be controlled by a single switch. In general, switches have two, three, or four poles.

– Throw: The throw of a DPDT switch is the distance the switch can be turned before it reaches the next position. In general, most DPDT switches have a throw of 1 inch or 2 inches.

How to use a DPDT switch?

Here are some top benefits of DPDT switch:

-Are perfect when used with high voltage and current

-It-Easily available in most hardware stores

-Super light hence portable and can be installed even in small applications.

Limitations of a DPDT switch

Although DPDT switches are quite useful, they do have a few limitations. They are mainly used in heavy-duty applications, so if you have a light-duty application, you might want to consider using a SPDT switch. A DP-D-T switch also has extra connections that can cause problems when used in robotics.

How to buy a DPDT switch?

Buy a DPDT switch from a reputable supplier. You can also buy DPDT switches from online shopping websites. You can also use a sourcing agent such as ICRFQ to find the best manufacturers and suppliers in China. This is the surest way to get a quality DPDT switch at the most affordable price.

We have discussed all the important aspects of DPDT switches. You must now have a better understanding of the switch. If you have any queries, you can always approach the experts at ICRFQ. We will be happy to help you out with all your DPDT switch requirements.