EMF vs Voltage: What’s The Difference?

The intensity of the former is consistent, while the latter changes. Solar cells, electric generators, and electrochemical cells produce electromagnetic fields (EMF), whereas an electric or magnetic field produces voltage. Although they are both related to electrical circuits and current flow, they are very distinct. Let’s look at how EMF differs from voltage and talk about some key points.

What is Electromotive Force  (EMF)? 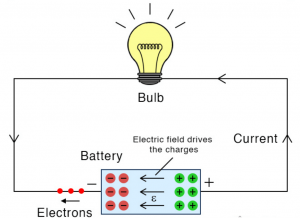 Separating electrons from atoms using another sort of energy, such as mechanical, optical, or chemical energy, can result in electrically charged things. Separation like this can be found in electrical sources. An EMF is formed as a result of the energy activity in the source, which causes a surplus of negative charge (negative pole) and a deficiency of negative charge (negative pole) (positive pole). EMF is a term used in electrical engineering to describe the work necessary to separate charge carriers in a current source where the force acting on the charges at the source’s ends is not a direct result of the field.

EMF is defined as the work done (A) in the energy transformation and the amount of electricity passed through the generator (Q) E = A/Q. The unit is the same as the one used for voltage (V-volt).

How Is An Electromotive Force Formed?

Electric devices, such as a generator, keep the circuit current flowing and convert various energy sources to electrical energy.

The electromotive force (E, in volts) of the circuit is computed as follows: 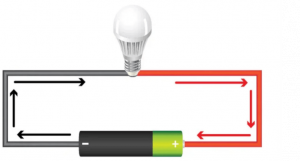 The energy that transports an electric charge from one location to another is voltage. The voltage is defined as the difference in potential between two locations in a circuit. It can be measured in a cell right after the circuit is turned on. The interaction between the electrical field and the magnetic field produces energy.

The charge can be positive or negative. A potential difference in the electrical state of the source terminal is generated when there are fewer electrons in the positive terminal than in the negative terminal.

Other non-moving charged items can also be affected by force. Objects with varying charges attract each other, while those with the same charge repel each other. As a result, the force between charged objects increases as the charge in a circuit increases.

The positive terminal of a battery is point A, and the negative terminal is point B. Thus, when they are linked, they have a potential difference. The voltage difference is measured.

EMF vs Voltage: What’s The Difference?

The electromotive force is characterized by a non-electric force (non-Coulomb) operation. It is responsible for increasing the energy in the circuit, whereas voltage is an operation of the electric (Coulomb) force in charge motion.

The voltage is always greater than the electromotive force. This is because voltage exists in a loaded circuit, and a voltage drop occurs due to resistance (energy loss). The magnitude of EMF is constantly constant, whereas the strength of voltages varies.

EMF can be produced by an electric, gravitational, or magnetic field, whereas an electric field can only produce voltage.

The intensity of a magnetic field diminishes as the distance between the source and the magnetic field decreases. As the current passes through the conducted device, the electric field becomes stronger as the voltage in the cell rises.

Most people confuse electromotive force with potential difference or voltage, but there is a distinction.

The electromotive force is the energy provided by a device such as a battery and is used to keep the potential difference between the two terminals constant. A generator’s electric circuit, for example, can keep the current flowing in the circuit. Other sources of energy can be converted into electric energy using electromotive force.

Electrons must be transported from one terminal to another by charge separation for the energy source to produce a potential difference. Electric current is created by using an external force to separate charges in a source.

Electromagnetic fields (EMFs) are inextricably linked to electromotive force, current flow, and voltage creation. An electromagnetic field is created when you are near something that creates voltage. That EMF is radiating from the voltage source.

Lastly, for more details on EMF Vs Voltage contact us at ICRFQ.