The Facts about Integrated Circuits You Should Know 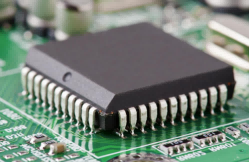 The integrated circuit (IC), invented in 1958, packed more power into a smaller space than was previously possible. A very efficient replacement for the buzzing vacuum tubes that were thousands of times less powerful than a modern laptop and one hundred times more compact than the ENIAC that was used in the 1940s.

What Is An Integrated Circuit?

Diodes, microprocessors, and transistors are all combined onto a single silicon wafer to form an integrated circuit. Every one of these parts serves a unique purpose. When used in tandem, they may solve equations and accomplish other feats. 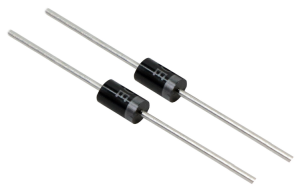 These electronic components regulate the current in the circuit. Diodes are used to control current by limiting its movement to predetermined routes. 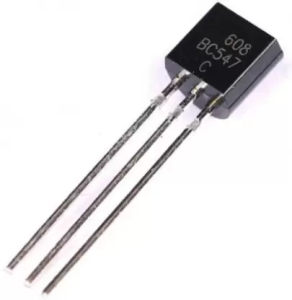 You need one of these parts to store voltages or stabilize a circuit. They can function as amplifiers and switches in digital circuits. They can control the voltage entering the circuit by setting the threshold at which a gate opens.

The integrated circuit would be useless without these parts. The goal here is to give the OS some extra memory. The ability to remember data and use it in calculations and applying rules or logic is provided similarly. This command instructs the system’s microprocessor to handle electrical and data signals. As such, it serves as the IC’s OS, facilitating communication between the various parts. 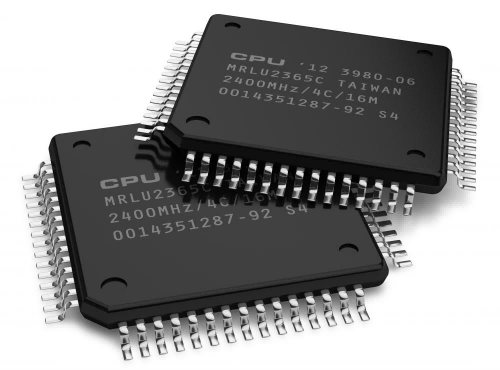 Integrated circuits can be found in various modern electronic devices, from televisions and watches to computers and juice machines. Discrete electronic components can be used to create anything and then integrated into an IC, making the potential uses for these devices practically endless.

The terms “integrated circuit” and “chip” are often used interchangeably to refer to the same thing. However, computers are one of ICs’ most popular uses. Thus, modern personal computers only use a few integrated circuits (ICs) instead of the hundreds used in older models.

The invention of the IC

Let’s fast forward to the year 1957, when Jack Kilby, who the United States Army employed at the time, came up with the concept of producing microscopic ceramic wafers, each of which contained a single component. His proposal resulted in the development of the Micromodule Program, which offered a great deal of potential. However, as the endeavour to develop this idea began to get traction, Kilby came up with another even more advanced design, which eventually evolved into the integrated circuit that we are familiar with today.

Kilby’s prototype, compared to today’s standards, was quite simple, yet, it did its job. His idea began to gain traction after he left the military and began working for Texas Instruments. Kilby exhibited the first working integrated circuit (IC) on September 12, 1958, and he submitted a patent application on February 6, 1959. Kilby’s explanation of the gadget as a work of an electronic circuit that had been wholly integrated resulted in the creation of the term integrated circuit to describe the device.

The United States Air Force was one of Kilby’s first customers for his technology, which may not come as much of a surprise to some. It wasn’t long before the IC became a fundamental consideration in designing many everyday electronic gadgets. Kilby was awarded the Nobel Prize in 2000 for his contributions to developing the very first simple integrated circuit. After nine years, the IEEE recognized his work as a significant achievement.

Integrated circuits are constructed using semiconducting materials like silicon. To accommodate the compact size and fragile nature of integrated circuits (ICs), some excellent wires made of gold and aluminium are bundled together and then pressed into a uniformly flat block of plastic or ceramic. Pins made of metal attached to the exterior of the block are connected to cables located inside. The chip’s temperature is kept within a safe range thanks to the solid block that surrounds it.

Size of an IC

The integrated chip can range from less than one square millimetre to more than two hundred millimetres.

Integration of an IC

Integrated chips get their name because they contain multiple functions on a single silicon substrate. A microcontroller is a type of IC that incorporates memory,  microprocessor and interface into a single chip.

What Exactly Is A Monolithic Integrated Circuit?

Integrated chips acquired their name because they have many functions on a single silicon substrate. A microcontroller is a type of IC that incorporates a microprocessor, memory and interface into a single chip.

Which Purposes Do Integrated Circuits Serve?

An integrated circuit, or chip, performs multiple functions on a single semiconductor. These functions include microprocessors, oscillators, amplifiers, and computer memory.

Is there any significance to the integrated circuits, and why?

Many commonplace items like computers, CD players, and televisions owe their existence to the advent of integrated circuits. Also, the globalization of high-tech electronics was aided by the chip industry’s explosive growth.

In What Ways Are Semiconductors Different From Integrated Circuits?

The combinational circuit is responsible for producing logical outputs based on the various signals that are sent into it. It may have only two or three inputs but only one output.

A Timer IC can produce accurate timing cycles, and either a 100% or 50% duty cycle can be used.

An operational amplifier, also known as an OpAmp, is a type of voltage amplifier with a high gain and both a differential input and a single-ended output.

In spite of changes to the DC input, an integrated circuit voltage regulator will continue to produce a stable DC output.

As a result of the IC, our daily lives improved dramatically. The first computer was developed in the 1940s, and today’s laptop computers are thousands of times more powerful and about 100 times smaller. The ENIAC used 18,000 vacuum tubes and was about the size of three or four double-decker buses. It would be as huge an understatement as the ENIAC to say that we’ve come a long way. Because of the IC, we were able to make those strides.

If you need information or want to order Integrated Circuits, contact us here at ICRFQ, your leading electronic components in china, and we will ensure you get the best product at the best price.