Everything You Need To Know About Fan Capacitor 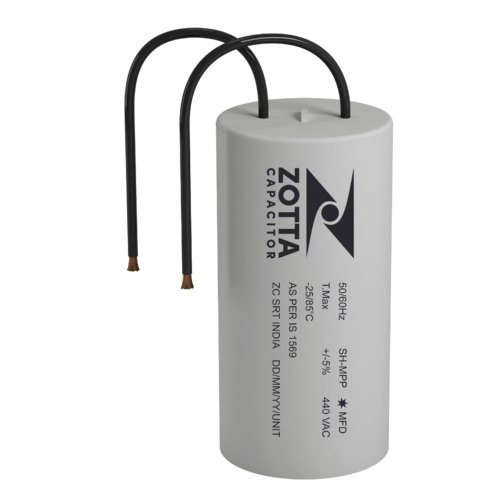 Electric fans can be found in various places, including our workplaces, homes, businesses, computers, automobiles, factories, and trains. These fans are divided into three categories based on the power supply type: AC fans, DC fans, and AC or DC fans. Electric fans come in various styles, including table fans, ceiling fans, pedestal fans, and exhaust fans.

A ceiling fan is a fan that hangs from the ceiling in our kitchens, bedrooms, living rooms, and other areas. The blade span size of these fans is usually set by the standard sizes of ceiling fans, which are 36 inches, 48 inches, and 52 inches. A capacitor, known as a FAN Capacitor, is necessary to make the fan run smoothly. This article explains what a fan capacitor is and its function and applications.

What is a Fan Capacitor? 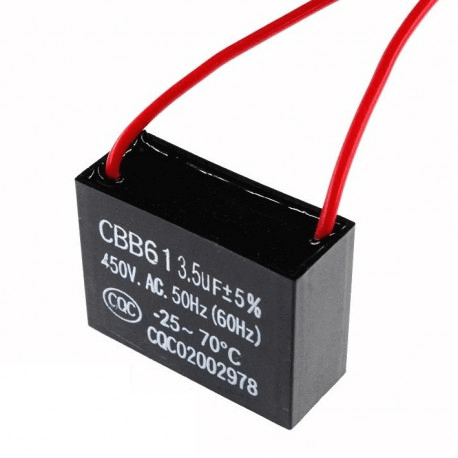 Capacitor’s Function in an Electric Fan

The capacitor’s job is to provide power to the motor that spins the propellers.

A capacitor is required in every electronic device that uses a dynamo motor. A capacitor is necessary since a motor is one of the components of an electric fan. What is a capacitor, exactly?

As previously stated, a capacitor was required to deliver current to the motor for it to agitate the propellers. A particular amount of power is needed when the engine starts the first circle. The purpose of a capacitor is to provide energy. The capacitor is also known as commencing winding because of its workflow.

The motor could begin its initial turn by exerting the electricity held within the capacitor. As a result, if a capacitor starts to deteriorate, the electric fan will cease to function.

Working as a Fan Capacitor

Let’s take an example to understand better how a capacitor works. An electric current will travel across the circuit when we switch on a ceiling fan, causing it to whirl. We’ll need a mechanism to adjust the fan’s energy output if we want it to run at different speeds. A capacitor is used in this case. The quantity of energy flowing into the motor can be varied with a capacitor, which influences the motor’s rotational speed.

There are two capacitors in most ceiling fans: one for starting and one for running. Fan capacitors are the same thing. The start capacitor provides an initial push to the motor, whereas the run capacitor keeps the speed constant. Some capacitors, on the other hand, may perform both tasks.

A self-healing run capacitor may recover from overloading if it is not heated. Run capacitors contain no polarity indicators since they are meant to stay energized at all times; they can be attached in either way without impacting performance.

There are two types of winding in most ceiling fans: initial and running. Then, in series with the starting winding, it is a must for capacitors to be connected across the power supply. The power supply can also be connected directly to the running coil.

To do so, we must first identify the fan’s two windings. As shown in the diagram above, the ceiling fan has three cables situated outside: black, blue, and red.

These are the beginning and running winding terminals if the resistance between the black and blue wires is higher. As a result, the red terminal wire is used as a standard wire and is connected to both windings.

When you’ve identified the ceiling fan connections, you’ll need to connect the capacitor between the running and beginning windings, as seen in the diagram.

How Does the Fan Capacitor Control the Speed Of The FAN?

Because the ceiling fan capacitors lack polarity, they are classified as non-polarized capacitors. This capacitor can be connected to the fan’s metal layer on the outside. The fan rotation direction will not change; the phase will be positive during the first positive half cycle of supply, and neutral will be positive in the negative half process.

How Does Fan Capacitor Work?

But note fluxes are generated by both winding in phase, meaning the fan won’t run; therefore, the capacitor is connected in series through the starting winding to do some phase shifting. When the capacitor is linked to a ceiling fan, the phase leads are turned 90 degrees, and the ceiling fan begins to rotate. As a result, the phase shift within the fan is performed by this capacitor.

Ceiling fan capacitors come in various shapes and sizes, as explained below.

A non-polarized electrolytic capacitor is used in ceiling fans. Because it is non-polarized (meaning it has no polarity), it can be linked in any way within a circuit. Oscillation, Feedback, compensation, coupling, and decoupling circuits are some of the other uses for this capacitor.

A fixed capacitor stores a fixed quantity of electric charge. Because these values are established during production, this electric charge cannot be changed. This capacitor aids in the maintenance of a constant charge and energy output in electric gadgets and appliances. As a result, ceiling fans are covered.

Oil-filled capacitors are used in various high-voltage or high-current applications, including motor and fan operation, power factor correction, and energy storage. The oil in these capacitors will help cool down the huge capacitors by moving air to prevent corrosion and reduce the likelihood of harmful corona.

These capacitors have been in operation for a long time and have not lost their capacitance value. As a result, they serve a crucial role in maintaining the ceiling Fan’s speed. These capacitors are the most commonly used in many nations because of their leak-proof design.

Indication Of a Damaged Capacitor.

Have you ever had an electric fan that wasn’t working correctly and had to be manually stirred to get it going? If you answered yes, the capacitor in your electric fan has already been destroyed. One of the reasons why an electric fan won’t turn on is because there isn’t enough electricity supplied to the motor to start the initial cycle of spin.

This problem is due to a faulty capacitor. In addition to the difficulty in commencing the initial round rotation, other indicators of a failed electric fan capacitor include:

● When an electric fan is turned on, it makes a buzzing sound.

● When the energy required to start the motor is insufficient, the motor is forced to work harder, resulting in the buzzing sound.

● Slowly, the propellers started to spin.

How to Repair a Damaged Electric Fan?

If your electric fan displays any symptoms above, have it repaired by changing the capacitor. Before you buy a capacitor, think about how much it can hold. Capacitors with capacities ranging from 1,5 F to 4 F are often used for electric fans.

For your information, changing a capacitor with a lower capacity than required results in the propellers rotating slower than they should. However, if you replace it with one that is significantly larger than the capacity required, the propellers will spin too rapidly.

When you have a capacitor with a capacity significantly more than that required by your electric fan, it may cause the motor to run at a much higher speed than normal, finally overheating and burning. As a result, it is preferable to have it updated in the capacity that your electric fan requires.

Another component within the electric fan is a thermostat, which is related to the overheating motor. This component is responsible for removing excess heat from the engine. It functions as a safety feature that prevents the motor from overheating. As a result, an electric fan equipped with these components will last longer than others.

Replacing the capacitor in your electric fan, step by step:

You now have a better understanding of the capacitor in an electric fan and how to repair it if your fan suddenly stops operating. It’s critical to remember to clean your electric fan on a regular basis.

Small particles of dirt can become lodged inside the motor, causing it to malfunction. Instead of spraying water directly on the motor, clean it with a cloth. Before replacing the motor with the electric fan, make sure it is completely dry. Your electric fan will be more durable as a result of this.

This article aims to provide an outline of a fan capacitor and how it works in fans. These capacitors are made up of two conductors separated by a dielectric layer. Electrical energy can be stored within the capacitor once the voltage is detected through the two conductors, and this energy generates an increase in mechanical force. To turn the blades, every ceiling fan requires a distinct capacitor since it converts energy from electrical to mechanical.