Everything You Need To Know About Fixed Resistors

Fixed resistors are used in a variety of applications from circuit protection to voltage limiting and current limiting. They are reliable components that can be trusted to perform their intended function under a range of different inputs.

Manufacturers offer a wide range of fixed resistors, which means there may be some trial and error when choosing the best component for your particular application. There are several properties you should consider before making your final decision, such as the resistance value, operating voltage and temperature range.

This article will explain the different types of constant fixed resistors along with their pros and cons and typical applications so you can make the right choice when building your next project.

What is a Fixed Resistor?

Fixed resistor definition: A constant fixed resistor is any resistor whose value does not change with applied voltage or current flow. The fixed resistor is designed to have a predetermined resistance value that can be controlled with appropriate design specifications to fit your specific needs.

Fixed resistors are used for a variety of applications, including voltage limiting, current limiting, and circuit protection. They are widely used in many electrical circuits and are among the most common components used in electronics.

This type of resistor is referred to as constant because it obeys Ohm’s law when connected to a circuit. This simply means that the resistance of the resistor is constant. This is different from most resistors because they are not fixed in value.

How Does A Fixed Resistor Work?

Fixed resistors are available in carbon, metal oxide, wire wound, and surface mount types. You should carefully choose the type of resistor that best suits your application. Here is a list of each type and the benefits associated with each.

Carbon fixed resistors are widely used in commercial and industrial applications. They are reliable, robust components that can withstand high temperatures and offer excellent long-term stability. They are available in a wide range of resistance values and power ratings (up to 1kW). Carbon fixed resistors are inexpensive and are usually used for low-cost applications. Their high tolerance and low accuracy make them unsuitable for precision circuits.

Resistors that use a metal oxide material are highly accurate and suitable for precision applications. They are available in different shapes, sizes, and power ratings, suitable for various types of circuits. Like carbon fixed resistors, they are inexpensive and are used in low-cost applications.

Although wire-wound fixed resistors are less common than the first two types, they are highly accurate and suitable for precision applications. They are suitable for both high- and low-power circuits and are available in a wide range of progressive resistance values.

Surface mount fixed resistors are commonly used in commercial and industrial applications. They are very small in size, which makes them suitable for cramped spaces or where space is limited. They are available in a wide range of resistance values and power ratings (up to 1kW).

In terms of the design, fixed resistors are available in many different shapes and sizes, but can be broadly classified into two types: axial and radial.

It has a resistance element that is enclosed by a cylindrical casing. The casing is made of ceramic material and has a metal terminal at each end. Axial resistors have an advantage over other resistors in that they have a higher power rating, which makes them suitable for high-power applications such as industrial use.

Radial fixed resistors are used in low-power applications such as consumer electronics products. They consist of a resistance element, terminal, and casing all mounted on a single surface of a printed circuit board (PCB). The resistor terminals are usually made of copper foil that is embedded in the PCB material, while the resistance element is made of carbon or film-type material.

How can I identify the correct value of a fixed resistor?

For this, you will have to first identify the resistor’s power rating. The power rating is usually printed on the resistor body in black/white/red color code. For example, if you see “R5” on the body of a resistor, it means that it has 5 watts of power rating. Then you have to convert its watts rating into ohms using this formula:

A simple example: If you find an R5-rated resistor with 5 volts across it and 0.4 amps flowing through it, then its resistance is calculated as follows:-

How can I determine which terminal is for positive and which one for negative terminals on a fixed resistor?

It depends on how many terminals are attached to the resistance element in a fixed resistor – 2 terminals or 3 terminals.

This third terminal is at a potential that is midway between the two other terminals with respect to ground. The middle tap is usually identified with an “M” mark on its body. This “M” mark indicates that this terminal should be connected to the midpoint (equivalent) of your circuit’s voltage source and not necessarily to ground.

How do  you read fixed resistor color codes?

When you see a fixed resistor, you will also see different colors printed on it (usually yellow, red, brown, and black). These colors represent numbers that represent values of resistance in ohms written in 4-digit format (for example “yellow-black-red” represents “12”).

What is a precision fixed resistor?

How do I use fixed resistors?

What are the advantages of using a fixed resistor?

They are designed to have a predetermined resistance value which can be used to control current and voltage values.

Because they are designed to have a fixed value, they are easy to use and can be used in many different applications with little or no adjustment needed.

They also have higher tolerance ratings than most types of resistors, which means that they can withstand more variations in their operating temperature without failing or causing damage to the device they are attached to.

A resistance that changes with temperature makes it harder for devices such as power supplies and other electronic devices to function properly. 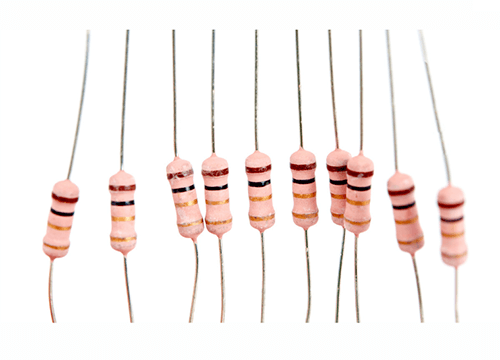 When selecting a fixed resistor, you should carefully consider the following properties:

– Resistance value : The most common types of fixed resistors are 10K, 1K, 100K, 1M, and 10M. When selecting a resistor, you should choose one that has a slightly lower resistance than what you need. This will ensure that you will have sufficient current flowing through your circuit.

– Voltage tolerance: A good quality fixed resistor has a low voltage tolerance, which means its resistance value will not change much with temperature changes or changes in the supply voltage.

– Power rating: The power rating of a resistor is the maximum continuous power that it can handle before breaking down. You should choose one with a high power rating since most circuits require more than just 10W at any given time.

Fixed resistors are used in a variety of applications, including voltage limiting, current limiting, and circuit protection. They are widely used in many electrical circuits and are among the most common components used in electronics.

We have discussed both the basics and technicals of the constant fixed resistors. We hope that this article has helped you to understand the basics of this important component and how it can be used in your circuits.

And in case you would like to buy them, consider buying from reputable fixed resistor manufacturers and suppliers.

You can also use a sourcing agent in China to help you source for these products. And the good news is, that ICRFQ is one of those reliable sourcing agents that you can trust for this job.

The sourcing agent has a wide range of fixed resistors in stock and they are able to deliver them to you within a short time frame. The source can also help you find the right suppliers for your exact needs on the basis of your project specifications.

If you have any questions or need more information, feel free to contact us through our online chat system or at any time by contacting us directly.