Everything You Should Know About FRAM IC? 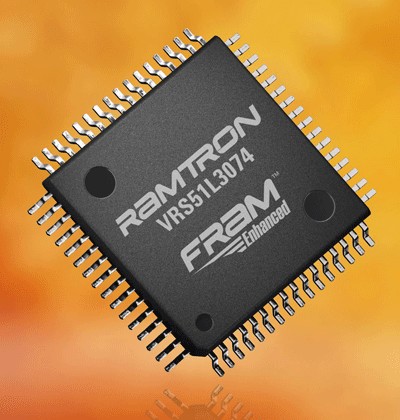 FRAM (ferroelectric random access memory) is an emerging non-volatile memory technology which is primarily used as a computer RAM replacement.

It combines the benefits of both SRAM and flash storage by allowing data to be written and read more rapidly than flash, but with greater endurance than SRAM.

Instead of using a traditional transistor to switch values, FRAM replaces it with a ferroelectric capacitor.

This means that the logic value of each cell can be stored as an electric charge rather than a voltage, dramatically reducing its power consumption and increasing its time between failures.

Armed with this knowledge, you’ll be confident when selecting or designing systems that use FRAM ICs. This article explores everything you need to know about FRAM ICs: their applications, specifications, protocols, and modes of operation. Read on for details…

Ferroelectric memories were first conceptualized in the early 20th century, but it wasn’t until the 1980s that they began to be commercialized.

Early ferroelectric memories used capacitors similar to the ones found in modern FRAM ICs, but they required a power source of 20 volts. This made them impractical for computer use, and they were soon phased out in favor of CMOS DRAM.

This new generation of ferroelectric memories used lower voltages and could be written and read like a computer’s normal RAM chips. Unfortunately, this low-voltage ferroelectric memory was also extremely expensive to produce and only had a few commercial success stories.

However, quite a good number of FRAM IC manufacturers in China have made it possible to get these memory devices at low prices.

How do FRAM ICs work?

Like all computer memory, a FRAM chip contains a series of switches known as memory cells that are either on or off.

In order to store a binary value in these cells, they must be in either the on or off state.

A FRAM cell stores data by charging a capacitor inside the chip so that it holds a specific voltage.

This voltage represents the state of the switch, and it can either be left open or closed.

When a switch is open, there is no electrical charge and therefore no voltage to speak of. This means that the capacitors are storing almost no charge at all.

When a switch is closed, there are a lot of charges stored in the capacitor, and therefore a high voltage.

How do you use a FRAM?

The trick to reading and writing data to a FRAM cell is that you must use the right voltage.

Each voltage effectively acts as a binary value, and this means that you can store any data you want.

In order to write data to a FRAM chip, you must use a specific voltage that is equal to the binary value you want to write.

For example, if you want to store a binary “1” in a FRAM cell, you must charge the capacitor inside the chip to around 2 volts.

If you want to store a “0”, you must leave the capacitor uncharged.

There are a few other ways of writing to a FRAM chip, but they all come down to the same thing: using the right voltage to store a binary value.

When to use FRAM IC?

What is the ideal situation to use FRAM?

Because FRAM chips are non-volatile and can be written and read quickly, they are an excellent choice for storing data in a computer’s memory.

For example, a FRAM could store data from a sensor and write it to RAM when the sensor detects motion.

A computer could then read this data and perform an action based on the sensor’s findings: turning on the lights, recording data, or calling the police.

At the same time, a FRAM could also be used to store data that the computer needs to access quickly.

For example, a FRAM could store your most frequently used programs so that they load instantly when you need them.

The main function of the metal oxide semiconductor transistor is to store and retrieve data.

The ferroelectric capacitor film stores the data in binary format.

The combination of these two components allows FRAM IC to be non-volatile, fast, and scalable.

The metal oxide semiconductor transistor is formed by a thin layer of metal oxide on silicon, with a metal gate electrode over it.

It is used for storing and retrieving data based on the voltage applied to it.

The ferroelectric capacitor film is made up of a ceramic material that has been doped with ions.

It stores the binary data in two states: 0 and 1, which are defined by the polarization of the material’s crystal structure.

What are the application areas of FRAM ICs?

Here are some of the common applications of FRAM ICs:

-In medical devices such as pacemakers, defibrillators, pulse monitors, and blood glucose meters.

-In wireless devices such as wireless modems, Bluetooth devices, and other wireless communication devices.

-In industrial applications such as power generation and microcontrollers

-In electronic measuring devices where they help to give accurate measurements.

The fast growth of the semiconductor industry is driving the demand for FRAM ICs.

Increasing demand for newer technologies that require low power consumption is also fuelling the growth of this market.

FRAM ICs are used in a wide range of applications due to their non-volatile nature and their ability to withstand harsh environmental conditions.

The above factors have been driving the growth of this market over the past few years and will continue to do so in the future as well.

Why should I buy a FRAM IC? Here are the top reasons for getting this integrated circuit from a reputable distributors.

– Durability – Because they can be written to only one time and have a long lifespan, FRAM chips are extremely durable and can easily last as long as the computer system itself.

– Read/Write Speed – FRAM chips can write and read data more rapidly than other types of memory.

– Security – A FRAM chip can only be written to once, meaning that it is more secure than other types of memory.

– Versatility – FRAM chips can be used for more than just storing data in a computer’s RAM.

– Low Cost – FRAM chips are less expensive than most other types of memory.

– High endurance: Due to its high endurance, FRAM ICs are capable of withstanding more than 10,000 write cycles.

– Cost – While they are less expensive than other types of memory, FRAM chips are still fairly expensive.

You can get affordable FRAM ICs in China from reputable distributors.

– Writing – While they can be written at one time, it can be difficult to know when to write to them.

FRAM vs other memory technologies comparison 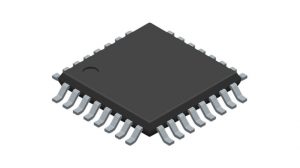 To give you a better perspective, let’s now compare FRAM IC with alternative memory technologies.

EEPROM IC stands for Electrically Erasable Programmable Read-Only Memory. It is a type of nonvolatile memory that can be electrically erased and reprogrammed.

EEPROM ICs are similar to FRAM ICs in terms of endurance, power consumption, and speed. However, unlike FRAM ICs, EEPROM ICs can be written multiple times.

They are also more cost-effective than FRAM ICs.

Flash memory is a technology that allows data to be stored in memory without the need for an electrical charge to maintain its contents. Flash memory is used to store data in most modern electronic devices such as smartphones, digital cameras, and tablets.

Compared to FRAM chips, flash memory is more cost-effective but less durable, requiring around 100 write cycles before it starts malfunctioning. Flash memory also has faster write speeds when compared with FRAM chips but slower read speeds because it needs to erase the old data before new data can be written into flash memory cells.

SRAM stands for Static Random Access Memory and it’s a type of semiconductor memory that uses bistable latching circuitry instead of a battery or an electrical charge to retain its contents.

When compared with SRAM, FRAM chips have greater endurance (equivalent to up to 10k write cycles) but slower read/write performance due to the fact that SRAM does not require any time for erasing information before new information can be written into memory cells.

Dynamic RAM IC is designed to store volatile data in memory cells. It requires constant refreshing so as to retain its content.

In terms of speed, FRAM IC offers faster write speeds than the DRAM IC. However, the latter has a larger memory density than the FRAM IC.

What are the quality standards of the FRAM IC?

Before you buy that FRAM IC, you need to check if it meets the minimum quality standards for integrated circuits.

-BS-6493-2.1 This is a standard for measuring the content of total halogens, moisture, and impurities in ICs.

-IEC-60068-2-3 This is a standard for measuring the non-conductivity of the integrated circuits.

-IEC-60068-2-10 This is a standard for measuring the electrical parameters of the ICs.

Testing the quality of FRAM IC

Reputable manufacturers do all that it takes to ensure that they deliver the best FRAM ICs for sale.

Here are some of the tests that they conduct on these integrated circuits.

-Burst testing: The quality of FRAM ICs is tested by applying high voltage and high current pulses to the IC. If it survives, it passes this test.

-Total test: Before shipping an integrated circuit to customers, manufacturers conduct a total test on them. This is done in order to ensure that there are no defects on board or any other problems with the product.

No, as we know in the case of conventional memory, when the memory cell is erased, it loses the data stored therein.

The difference in this case is that when a FRAM IC is erased, it only loses its charge and does not lose any data.

And this is one of the core reasons why it is widely used in the modern world.

Are you planning to buy FRAM ICs in China? You should be careful about where you are buying the IC from. Ensure that you choose a reliable and credible distributor who sells FRAM ICs at a reasonable price.

Check out the profile of the distributor on the internet and check if they are reliable.

The way you can know if they are trustworthy is by checking out the good reviews they get on the internet.

However, not all of them are good.

Check out reviews from customers who have bought products from their company and ask them to post their experiences on the website.

I hope that this guide gives you a true picture of what FRAM Ic is and will help you to choose the right company to buy FRAM ICs from. The best way to go about this is by researching the company you are planning to buy from.

But if you want a quick answer, then choose ICRFQ. We are a reputable FRAM IC distributor in China. We source these integrated circuits from the best manufacturers. Contact us and we will be glad to help.