Electronic modules are essential for anyone who wants to build their projects. Breakout boards, voltage regulators, relays, displays, LED modules, and other components are among them. We’ll look at some of the electronic modules in this article and see what they accomplish.

What are electronic modules?

The electronic module is a set of power components, typically power semiconductor devices, appropriately coupled internally to execute a power conversion function. These modules are a must-have for everyone who wishes to create their projects. Breakout boards, voltage regulators, relays, displays, led modules, and other components are included. 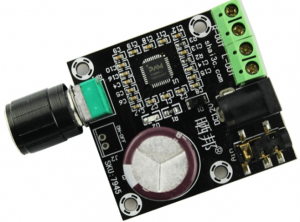 An Audio Module is a discrete chunk of audio processing code that performs a single task. The audio driver or the audio DSP can both house audio modules. Components that play audio One or more source components, one or more amplification components, and (for stereo) two or more loudspeakers are standard components of an audio system.

Why Use Audio Modules?

Original Equipment Manufacturers (OEMs) generally include a configuration application with their system that allows the consumer to tweak and manage various parts of the audio system. On-host audio processing objects, hardware DSP processing, and specialized hardware such as a smart amp can all be found in the audio subsystem (in addition to the audio codec itself).

The majority of the time, separate suppliers develop and sell these components. Independent Hardware Vendors (IHVs) have traditionally built their private APIs to communicate and send data between the various components. 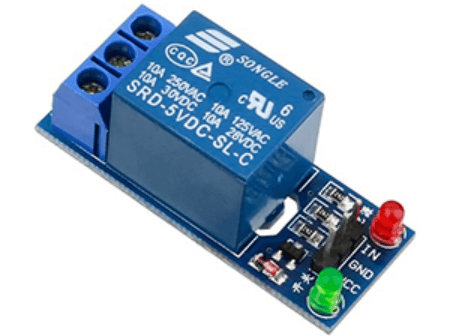 A relay switch is a switch that is controlled by electricity. The device is made up of a set of input terminals for single or multiple control signals, as well as a set of working contact terminals.

Any number of contacts in various contact forms, such as making and breaking contacts, may be present on the switch. Relays are employed when an independent low-power signal is required to control a circuit, or a single signal must control multiple circuits. 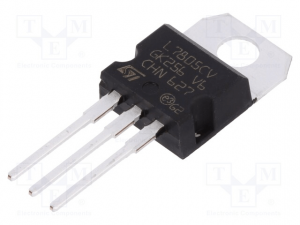 A voltage regulator is a device that maintains a steady voltage level automatically. It keeps a power source’s voltage within acceptable limits.

It has a (Step-Down) Buck converter as well as a (Step-Up) Boost Converter. Voltage regulators stabilize the DC voltages used by the processor and other components in devices such as computer power supply.

Negative feedback or a basic feed-forward architecture can be used in a voltage regulator. Depending on the design, an electromechanical mechanism or electronic components may be used. 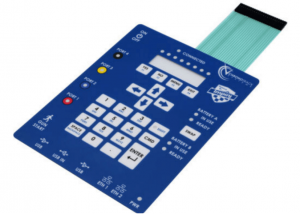 Electronic keypads enable the use of a code, which can be input using a numeric code or a PIN, to allow or disallow access to the entrance. They’re available in various styles and can be used with computers as part of a system or on their own to provide entry to a single door with minimal setup time.

Seeedstudio groove is an electrical switch and keypad that comprises 4 by 1, 2 by 2, 3 by 4, 4 by 4, 4 by 5, 7 by 7 matrix Keypad. If specific applications use processors with a limited number of pins, the system cannot afford to offer more pins to the Input device. The keypad module is appropriate since it can provide 16 key inputs while only consuming 8 terminals. 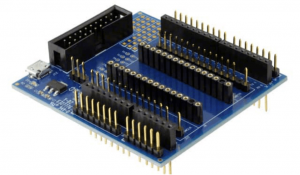 Breakout boards are standard electrical components that “break out” each conductor from a bundled cable and connect it to a terminal that accepts a hook-up wire for distribution to another device. They’re a common component in electronic projects since they make device installation quick and easy. Breakout boards simplify the use of small sensors, circuits, and components with your preferred platform. 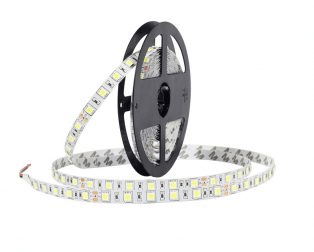 Each addressable LED in a digital LED strip includes an embedded driver that allows each LED’s brightness and color to be changed independently; thus, each LED can be a different color from the One next to it. As a result, we can create stunning and complicated lighting effects.

The flexible addressable led strip is easy to bend around bends and provides a perfectly smooth and level light dispersion, which solves the problem of uneven lighting. This LED strip has the virtue of being ultra-bright while running at low temperatures and consuming very little electricity. 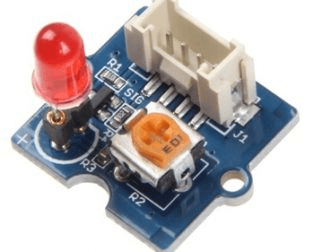 As you may know, LED lighting technology rapidly replaces older incandescent and fluorescent types of lighting due to its increased efficiency and lifetime, and LED modules are no exception. They’re also adaptable! Because each module is connected by lead wiring, it is incredibly simple to cut and reconnect, making it ideal for almost any project.

SMD, SeeedStudio Grove, and DIP LED modules are available. The LED module has traditionally been used to light up outside advertising and other store signage, but it can also be used for other home lighting applications. A light-emitting diode (LED) module is a self-contained LED device that can be used alone or in conjunction with another device. LED modules are widely used to create energy-efficient or portable lighting. A little bulb creates a dazzling light when these modules are turned on.

LED book lights, night lights, outdoor lighting, headlamps and flashlights, and the many LED bulb units used in LED lighting fixtures are all LED module devices. In most fixtures, at least one LED bulb is provided, which either power the LED lights or plugs into a power source for the LED module.

Electricity is used to heat a thin length of wire until it shines in traditional light bulbs. A filament is a very thin wire strand. Filament light bulbs blow out and stop working when the filament breaks, which can happen if the bulb or its fixture receives a bump or blow. Because LED bulbs do not include a filament, they are more resistant to shaking, making them a better choice for portable illumination.

An electrified semiconductor is used as the light-emitting material in an LED module. The light in an LED module can be any color of the rainbow and white and ultraviolet (UV) light, depending on the material used to emit it. A lighting fixture can be fitted with various colors of LED lamps that can be blended to illuminate a variety of colors and patterns in stage performance light modules.

Because a well-constructed LED unit uses less power to produce the same amount of light as a standard light bulb, LED, modules are popular in eco-friendly lighting. A five-watt LED bulb can produce the same amount of light as a 100-watt filament light bulb. Though LED modules live longer and use less energy than filament bulbs, lowering their long-term costs, the relative cost of LED modules compared to other types of lighting units can be a problem. Some local governments and organizations provide financial incentives for installing LED lighting to cover the initial cost of LED module installations.

LED modules aren’t always utilized for heavy-duty illumination. LED modules are available in a variety of novelty forms for amusement, including illuminating ice cubes, color-changing wands, and LED-lit sunglasses, as well as LED mugs, imitation candles, and other types of jewelry. The most common places to see novelty LED module toys are concerts, parties, and public gatherings. 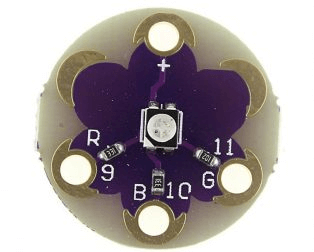 An authentic piece of wearable electronics must be worn, i.e., conceptually linked to the wearer’s body, to function. Some wearable gadgets require the user interface to be visible and available at all times, making them more intrusive than those that don’t (such as the wrist unit and the chest belt of a heart-rate monitor).

Clothing and textiles that incorporate computing devices and other electrical technologies into their regular use and functionality are wearable electronics. This phrase refers to everything that can be worn on the body, not merely articles of clothing. When combined with electronic technology, watches, hats, glasses, and shirts all come within the category of wearable electronics.

The term “wearable electronics” is a relatively new one that has gained traction in the technology community during the previous decade. Wearable electronics have become much more mainstream due to rapid technological advancements, tapping into various fields and markets that could profit from the gadgets. Medical, academic, and mainstream consumer markets are investigating the technology’s appeal and utility right now.

The most interesting of these items, in my opinion, are those that deal with ordinary consumer uses. Smartwatches, fitness bands, and smart glasses are examples of products in this category. Recent commercialization has increased manufacturing, yet it is unclear what the future holds for these items. 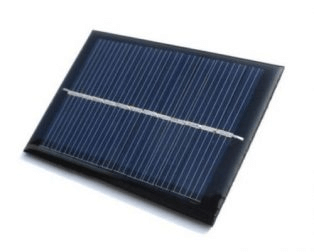 A photovoltaic module is referred to as a solar panel. A PV module is an installation-ready assembly of photovoltaic cells installed in a framework. On the surface of solar panels, these cells are organized in a grid-like arrangement. Solar panels are panels that collect the sun’s rays and convert them to electricity or heat. This electricity can then be used to power your home or business using green energy.

A real-time clock (RTC) is a computer clock designed solely to keep track of time. Normally, it takes the shape of an integrated circuit. It, of course, keeps track of hours, minutes, seconds, months, days, and even years. Computers, embedded systems, servers, and any other electrical equipment that requires precise timekeeping are all examples of Real-time. It’s critical to use the computer even when a battery powers it down or when it’s not connected to the system’s primary power source. 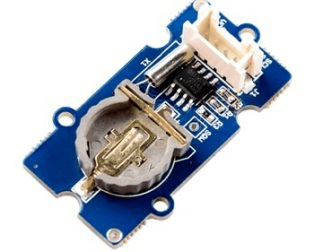 Because RTCs are frequently used as a trigger for turning on devices or triggering events such as alarm clocks, they must preserve precise time even when the device is turned off. RTC ICs are powered by a separate source, allowing them to operate at low power or even while the computer is turned off. In earlier systems, lithium batteries were used; however, in newer systems, auxiliary batteries or supercapacitors were used.

Supercapacitor-based RTC ICs are rechargeable and solderable. However, the RTC on most consumer-grade motherboards is powered by a single battery that, when removed, restores the RTC to its initial state.

An RTC battery should survive for at least three to five years. RTCs are required for proper operation; if the battery dies, it must be replaced. A dead battery can be identified by an error message displayed at startup or by the user discovering that the clock or setup configuration has become corrupted, flaky, or strange. 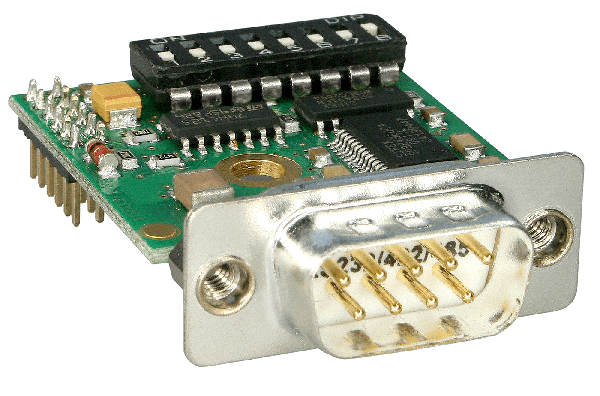 The interface modules help provide communication and interface channels between the PLC and other control cabinet components such as servo drive controllers and relays. The robust I/O connectors from Amphenol are designed to fit every component interface in the PLC ecosystem while maintaining data integrity in the roughest of manufacturing environments.

To refresh your memory, an electronic module is a collection of power components, most commonly power semiconductor devices, that are correctly connected internally to perform a power conversion function. These modules are a must-have for anyone looking to start working on their projects. We are hopeful that the given information on electrical modules will be valuable to you. If you want to sourcing some modules, please contact us today.