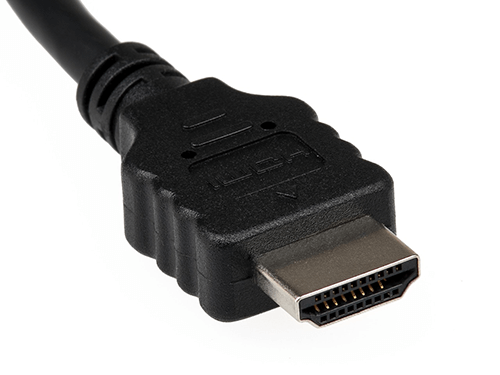 The High-Definition Multimedia Interface (HDMI) is a standard that has become ubiquitous on modern home electronics. From laptops to televisions and everything in between, you’ll see HDMI ports nearly everywhere you look. And that’s because they help make connecting devices much easier.

With so many different versions of the standard being released over the years, it can be difficult at times to keep track of what each version offers and whether or not your devices support them. That’s why we’re here to help. Let us dive into the details about HDMI 2.0 vs 2.1 and their differences in this article!

HDMI stands for High-Definition Multimedia Interface and is a type of cable that connects different devices together to create a comprehensive experience. It is able to transfer both video and audio, as well as data at the same time, making it a convenient choice for connecting devices that work together, such as a laptop and television.

You’ll notice that HDMI cables look different than most other types of cables. They have a thicker, rounded end that plugs into the device, while the other end is usually smaller and shaped like a plug that fits into other ports. HDMI cables are also different in that they don’t come with different types of connectors like other cables do. Instead, one HDMI cable will fit all devices, regardless of the model or type. 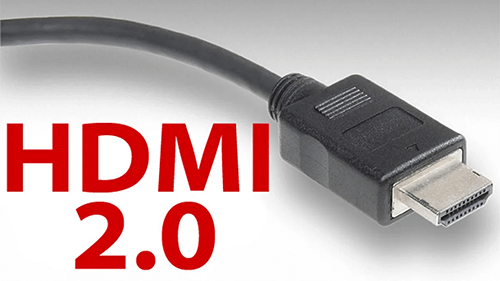 HDMI 2.0, the latest iteration of the HDMI standard, was released in 2013, and it ushered in a new era of connectivity for consumers. It standardized the cable’s bandwidth to support higher resolutions and frame rates, while simultaneously increasing the number of pixels that could be sent across the cable.

In short, HDMI 2.0 enabled devices to send 4K video, which was a big deal at the time since 4K TVs weren’t yet on the market. It also allowed for a wider variety of color spaces, which allowed for a better color range.

The standard also allowed for a higher frame rate, so images would look smoother and more natural during action sequences. All of this made HDMI 2.0 a big step up from the previous iteration of the standard, HDMI 1.4. Unfortunately, HDMI 2.0 didn’t last very long, and it’s been replaced with a new standard, HDMI 2.1, which is more comprehensive than HDMI 2.0 ever was. 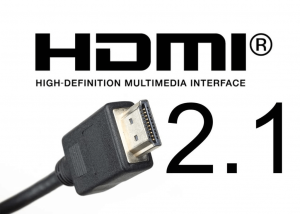 HDMI 2.1 is the latest iteration of the HDMI standard, and it was released in 2018. It’s actually the first major update to the standard in nine years, and it brings many new features to the table that weren’t possible before. For instance, HDMI 2.1 has a very high maximum bitrate, ranging from 55 to over 100 gigabits per second.

As you can see, the differences between HDMI 2.0 and 2.1 are vast, so, to make the comparison easier, we are going to outline various areas in which the two differ.

HDMI 2.0 and HDMI 2.1 also differ when it comes to audio support. HDMI 2.0 only supports up to 8 channels of uncompressed audio at 192kHz/24-bit resolution per channel.

So, what does this mean? Well, for one thing, if you’re watching a movie that features 7 or more speakers or headsets connected through your home theater system, then you will not be able to hear them using an HDMI 1.4 cable. But if you were using an HDMI 2.0 or an HDMI 2.1 cable, then all speakers and headsets would work just fine.

Why is the refresh rate that important? It is vital in some high-graphics applications such as gaming.

Under normal circumstances, you would want the refresh rate to be equal to or more than that of your video’s frame rate. If it doesn’t, then you are likely to experience blurring or even a phenomenon is known as screen tearing.

HDR stands for High Dynamic Range. It is a technology that was developed to improve the picture quality of your TV. If you have an HDR-enabled TV, then you will be able to enjoy the benefits it brings compared to a standard TV. Some of these benefits include more vibrant colors, more realistic images, and so on.

Going to the comparison Both HDMI 2.0 and HDMI 2. 1 HDR. However, there is a major difference between them. To be specific, HDMI 2.0 supports HDR10 while HDMI 2.1 supports both HDR10 and Dolby Vision.

Are you a gamer? You would likely want a connection that will give you the best gaming experience.

HDMI 2.1’s increased bandwidth is made possible with the help of two technologies: Scalable Video Coding (SVC) and Deep Color (DC). SVC allows video to be compressed in a way that makes it possible to transmit high-quality video at very low bitrates while Deep Color, as its name suggests, improves the color depth from 8-bits per channel to 10 or 12 bits per channel.

The bottom line: When it comes to gaming, HDMI 2. 1 has an edge over HDMI 2.0 thanks to its increased bandwidth, better compression, and improved color depth.

HDMI 2.1, on the other hand, is NOT backward compatible with previous versions of the standard and will only work with other devices that also support it and are also capable of meeting its new requirements for 4K resolution at 60 frames per second at 4:2:0 chroma subsampling, etc.

The bottom line: If you want to future proof your setup and/or be able to use it for 8K video in the future, go for HDMI 2.1 which offers better performance than its predecessor in most categories; otherwise, stick to HDMI 2 .0 which will offer great performance even on newer devices when used with a good quality cable.

Should You Update to HDMI 2.1?

If you’ve got a few devices in your home that use HDMI, you’ve probably had to deal with the frustration of connecting them. HDMI cables can be tricky to use and connect properly, but they’re essential to modern home entertainment. For instance, if you have a laptop and a TV, you’ll likely need an HDMI cable to connect them so you can watch shows or movies on the big screen. Depending on the version of the standard your devices support, HDMI 2.0 or 2.1, you might run into compatibility issues. That’s why it’s so important to know which version of the standard your devices support, in addition to which version you should be using.

How to Tell if Your Device Supports HDMI 2.1? 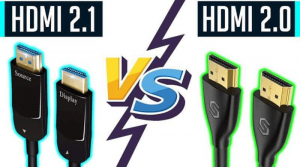 As we mentioned earlier, HDMI 2.1 is the latest iteration of the HDMI standard, and it’s better in almost every way. However, that doesn’t mean HDMI 2.0 is completely obsolete and should be thrown out. If you’ve got a new device that supports HDMI 2.1, it’s definitely worth it to upgrade to HDMI 2.1.

However, if you’ve got an older device that supports HDMI 2.0, there’s no need to update it. If you’re not sure which version of the standard you should be using, it’s best to err on the side of caution and use HDMI 2.0, just to be safe.

What’s in the latest HDMI Specification?

That said, we do know that the latest version of the standard supports 8K video, which means it can send 8,000 lines of video per frame.

That’s a lot more than old versions of the standard, which can only send a few hundred lines. That’s because 8K is a very high resolution, and it’s almost identical to the resolution of IMAX.

HDMI 2.1 is the first significant update to the HDMI standard in nearly a decade. It brings a lot of new and exciting features to the table, such as support for 8K video, better HDR, and faster frame rates. That’s why it’s important to support the latest version of the HDMI standard. Not only does it provide a better experience for end users, but it’s important for compatibility, as well.

In this article, we’ve explored the difference between HDMI 2.0 and 2.1, and we’ve discussed what’s in the latest HDMI standard. Therefore, we hope that you now understand the differences between these standards and which version your devices should use.