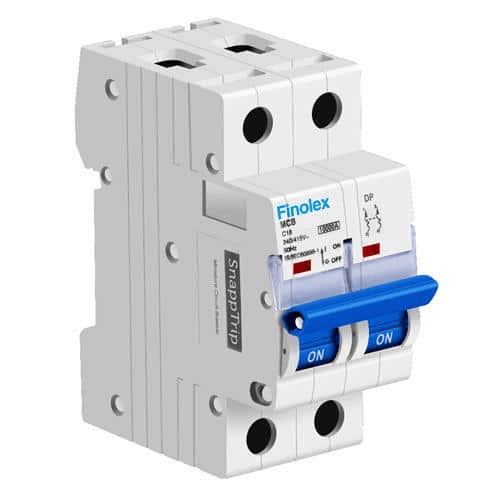 When you think of something breaking, you’re thinking of a circuit breaker. It is a type of device that detects if there is an imminent threat to the circuit’s ability to perform its function safely and effectively. If the circuit senses danger, it will shut down power to prevent further damage until technicians can evaluate the problem and repair it.

Cabinets or enclosed fixtures are locations where circuit breakers are commonly used because they have lots of electrical wires that need protection from potential fire hazards. They are used to protect wiring from overloading or potential fires due to overloaded circuits. Circuit breakers help prevent fires by shutting off electrical current when exposed to dangerous situations. Let’s take a look at how they work.

To understand how a circuit breaker works, it will ideal that we highlight some key attributes of electricity. These are voltage, current and resistance.

Voltage is defined as the force or pressure that is produced when an electric current flows. Voltage is measured in volts and is also used to measure the potential energy of a source of power. The higher the voltage, the more energy it can produce.

Electrical current refers to the flow of electrons in a wire or through a material. Current is measured in amperes and can also be referred to as amps. The more electrons that are flowing, the higher the current will be measured.

Currents are different from voltages because they cannot be controlled by humans. We cannot change currents but we can change voltages through various methods such as changing resistances or using transformers. A circuit breaker works by altering voltage levels to protect circuits from overloading and potentially causing fire hazards due to overheating wires or equipment failure due to overloads.

Resistance refers to how difficult it is for electrons to travel through a material or a wire made from materials such as copper, steel, or aluminum. Resistance also known as ohms, is measured by an instrument called an ohmmeter which measures the electrical resistance between two points in a circuit. The lower the resistance, the easier it will be for electrons to pass through and complete their journey uninterrupted by external factors such as heat buildup and voltage fluctuations.

Electrical equipment that has high resistances tend to overheat because the excessive heat generated will make resistance lower thus allowing more electricity flow resulting in even more heat buildup which can lead to fires if not cooled down properly.

Components of a circuit breaker 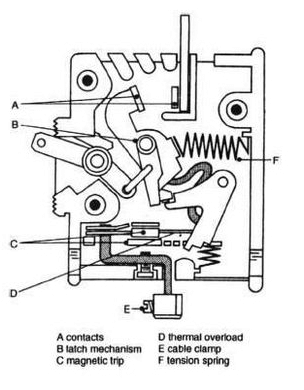 A typical circuit breaker comprises a switch, a circuit breaker frame, a current-limiting, and over-current protection device, as well as an actuator that is used to open or close the circuit.

The switch serves as a mechanical and electrical disconnection between the circuit conductors and the load. It is also referred to as the “make and break switch”. The switch can be manually operated by a hand lever or it can be automatically controlled through the use of an electric relay.

The electrical contacts in most circuit breakers are made up of bimetallic strips made from two metals that expand at different rates when subjected to heat thus causing them to separate when heated.

This type of contact is called bimetallic strip breakers. Another type of contact found in some older types of circuit breakers is called thermal magnetic breaker which uses a magnetic field created by a coil of wire around an iron core which heats up when power flows through it thus causing it to pull away from its contact points thus opening the circuit.

Most advanced circuit breakers use semiconductor technology to detect current flow and to open or close the circuit. Semiconductor materials such as silicon, germanium and gallium arsenide have high thermal conductivity and can work at high temperatures. They are used to detect current flow in the circuit and to initiate breaking operations in an electronic circuit breaker.

Why do advanced circuit breakers use semiconductors? The main reason is due to their high sensitivity to the changes in voltage and current. They are able to detect the slightest change in voltage and current flow, thus making them able to operate very fast. This is why they are preferred in high-power applications.

Using semiconductor technology, circuit breakers can be made smaller and cheaper. They can also be made with low power consumption features which makes them ideal for small electrical appliances and gadgets such as cellphones, laptops, toys and hearing aids.

The working principle of a semiconductor circuit breaker is basically the same as that of a thermal magnetic circuit breaker though there are some differences in the way the two work.

Example of a circuit breaker at work

To give you a better understanding, let’s me give you a working example of a circuit breaker at your home.

Let’s say you want to turn on your lights. You flip the switch, and the lights come on. This is normally an indication that everything is working fine and there are no problems with the circuit breaker.

Now imagine something happens to the wires or electrical appliances in your home. When this happens, a surge of electricity will travel to the circuit breaker and try to get through it into your home. The voltage will be too high for a moment because of this sudden increase in current flow. This means that too much power is being used on the circuit which is why there is so much electricity flowing through it at such a high rate.

This may cause some damage to your electrical appliances if left unchecked, which is why we have circuit breakers in place at home and in our workplaces to protect us from such damage.

When this happens, the circuit breaker will sense that there is too much current flowing through it and that something might be wrong with your electrical system. What does it do? It simply cuts off all power so that you don’t get damaged by this surge of electricity coming from faulty appliances or wires in your home or workplace.

How circuit breakers work in a house?

Typical wiring in a building must include a central circuit breaker panel. It is basically a box where all the electrical wires are connected. The panel has a number of circuit breakers or fuses.

This is where the electricity from your power supply gets distributed to different parts of your home or office. These circuit breakers (or fuses) are responsible for controlling the amount of electricity that can go through into each outlet and power strip plugged into them.

The main power supply line coming from your main board or fuse box will be connected to all circuit breakers in your home via thick copper wires (typically 8 gauge) to each outlet on every floor of your house. These main lines are typically protected by bigger fuses than those found inside the circuit breaker panel itself.

Is a circuit breaker the same as fuse?

As we have seen from the working mechanism, a circuit breaker will work in a similar way as the fuse. It will open up the circuit as soon as it detects a surge in the current or voltage. However, unlike the fuse, the circuit breaker has a reset button that can be pressed to restore power. This makes it ideal for protecting your home’s main power supply line. For the fuse, you will have to consider a replacement after it has opened up the circuit.

How can I test a circuit breaker?

How do I reset my circuit breaker?

How do I replace a circuit breaker? 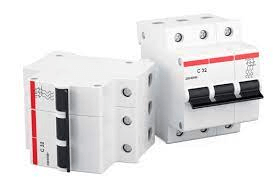 Ensure that the circuit breaker that you want to buy is the correct voltage for your panel.

At this point, you know how a circuit breaker works, how to install it, and how to replace it. You should be able to put all circuit breakers in your home in the right place.

And in case you want to buy circuit breakers in China, let ICRFQ be your partner. We are a reputable sourcing agent that has been in the industry for ages. We have a wide range of electronic components to choose from, and we will help you get the right ones at a competitive price.