Everything You Need To Know About IC Fabrication

Making an IC is a process that involves precise patterning and etching of layers. Looking at the complexity involved, it’s no surprise that it is widely acknowledged as one of the most difficult tasks in the entire semiconductor process.

For decades, IC fabrication has been a major bottleneck for chip makers. It’s a time-consuming, resource-intensive process that requires multiple stages of photolithography and multiple etching processes to cut out the various layers within an IC design.

And all these factors have led to soaring production costs, forcing semiconductor firms to outsource their fabrication needs to third-party contract manufacturers with expertise in this field.

In this guide, we are going to look at everything that entails IC fabrication.

A silicon wafer is the base material for IC fabrication. It is made from a single crystal of silicon. Basically, a silicon ingot is sliced into very thin wafers using a machine called a saw. Briefly, the ingot is fed into a rotating machine where a rotating saw blade slices it horizontally into thin wafers. The saw can produce wafers of different sizes depending on the design of the machine. Once the wafers are sliced, they are loaded into a chemical solution where they remain for several hours. This process is called annealing and it helps to remove impurities and defects from the surface of the wafer.

Oxidation is a chemical reaction that involves the formation of an oxide layer on the surface of a material.

Oxides are formed by the combination of oxygen with another element or compound. There are many uses of oxidation in the process of making silicon integrated circuits. For example, oxidation is used to form the insulating layer for the interconnection.

Here, silicon dioxide is formed by exposing the silicon surface to oxygen at high temperature.

Oxidation is also used to form the silicon dioxide surface layer on silicon wafers used for the fabrication of silicon integrated circuits.

Next, impurities are diffused into the wafer’s surface to create n- and p-type regions. During this process, the wafer is placed in a vacuum chamber and heated to high temperatures.

During these high-temperature operations, the silicon wafer is bombarded with ions to create n- and p-type regions in its surface.

A chemical vapor deposition (CVD) chamber is used for the formation of silicon dioxide layers. The silicon wafer is placed inside a CVD chamber and heated to a high temperature.

Photolithography is the next step in IC fabrication. It is the process of transferring a pattern printed on a photoresist layer to the silicon wafer.

During photolithography, a silicon wafer contains a layer of photoresist and a thin layer of silicon dioxide.

A beam of light is projected from behind the photomask. This causes the photoresist layer to be exposed to light and its shape is transferred to the silicon dioxide layer.

This refers to the process of coating a metal layer on a surface. The surface either be metallic or non-metallic. The metal layer provides a conductive path on the silicon wafer. Metal such as copper, aluminum ,or gold can be used as the metal layer.

This is the final step of IC fabrication. After everything has been done, the silicon wafer needs to be packaged in readiness for sale. A number of IC packaging options exist, but the ones used most commonly for logic devices are plastic dual in-line packages (PDIP), small outline J-leaded packages (SOJ), and thin small outline packages (TSOP). They are all made of plastic.

The final IC package is mounted on a printed circuit board (PCB), which has many other components on it. The PCB is then connected to the outside world via a cable or a socket, or sometimes directly soldered onto a circuit board.

Epoxy resin and plastic are also used to seal the packaged IC chip. This is done to prevent dust and other unwanted particles from getting into the chip. 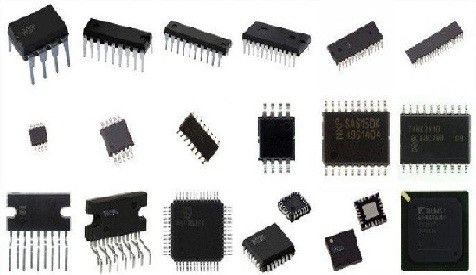 When you design a chip, there are a few key factors that you must consider before you can move on to IC fabrication.

These can include the complexity of the chip design, the choice of materials, and of course the type of process that you plan to use.

The complexity of the chip design

– First of all, you must understand the complexity of the design. If you are fabricating a simple chip, it is likely that you can do this in-house. However, if the design is more complicated, you might want to outsource this to a third-party manufacturer. In some cases, a combination of these two methods might be the best approach. Choosing the materials

– Next, you must choose the right materials for the chip. This is an important consideration that will have a significant impact on the cost of the entire process. The type of process that you use

– Finally, you must choose the type of process for fabricating the chip. This will depend on the complexity of the design, the materials that have been selected, and the time and resources that are available.

Companies that are in charge of IC fabrication usually lay down the requirement specifications for the fabrication process. From there, they proceed to execute the complete fabrication of the integrated circuit.

These specifications are usually written based on the target use of the IC. For example, the fabricator should know the exact application area for the IC before they proceed with the fabrication.

Who does the fabrication of the IC?

Outsourcing is a common practice in the business world today.

Whether it is outsourced engineering or other business functions, it is a practice that has grown significantly in recent years. In the semiconductor industry, IC fabrication has long been outsourced to third-party manufacturers.

In fact, the majority of semiconductor firms choose to outsource their fabrication needs to third-party contractors that are experts in the field.

Traditionally, fabrication of ICs has been done in centralized fabs located in low-cost countries.

This is because the capital-intensive process requires large-scale production facilities, which are usually too expensive to set up in developed countries.

However, things are changing in the industry. In fact, fabless semiconductor companies are now exploring the option of regional fabs, which are located closer to their place of operation.

Although these facilities are not as large as centralized fabs, they are still large enough for the fabrication requirements of most advanced semiconductor firms.

What is the cost of IC fabrication

The price of IC fabrication depends on the complexity of the design, the materials used, and the fabrication process.

Similarly, the use of exotic materials like GaN and BiCMOS increases the price of fabrication. Fabrication cost is also determined by the duration of the process. There are two ways to reduce the cost of IC fabrication — reduce the complexity of the design and use cheaper materials.

Always keep in mind that a high-quality fabrication will get the price tag that it deserves.

How to maximize accuracy of IC fabrication

Accuracy is one of the most important parameters in IC fabrication.

It is a measure of how close your fabricated product is to what you intended it to be. It is important that you maximize accuracy while fabricating your ICs because any deviation at this stage can lead to a poor quality product that may not work as expected.

There are a few ways that you can maximize accuracy while fabricating your ICs.

The most important thing is to understand what can cause inaccuracy while fabricating your ICs.

You can then take steps to reduce the chances of this happening by taking the necessary precautions.

Slip-ups during fabrication are usually caused by human error. So, it is important that you take all precautions to ensure that there is no mistake. You can do this by keeping your work area clean and tidy.

You can also keep a check on the machines that you are using for fabrication. Machines are prone to breaking down, which can lead to mistakes.

So, it is important that you keep them well-maintained to reduce the chances of a mistake and errors.

The good news is modern technology has led to the development of various equipment that can accurately fabricate integrated circuits.

Also, big-name distributors in China are quite selective when  it comes to the  IC fabricators that they choose. For example, ICRFQ source our ics from reputable IC fabricators who are known for their quality and accuracy.

Choosing the right IC distributor in China can be challenging. However, if you follow the tips outlined in this blog, you’ll be well on your way to making a good choice.

Here’s a quick summary of the tips:

– Do your research – The next logical step is to do your research. It is important to visit the Chinese market and find potential distributors for your product. Make sure you visit different distributors so as to have a clear picture of the options available.

Once you follow all these tips, you will eventually end up with the right distributors of IC.