Everything You Need To Know About Knock Sensor 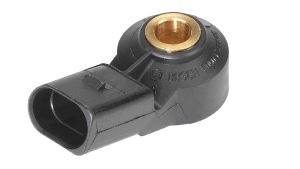 There are many flaws and issues that can happen to a car’s engine.

How are you able to detect them?

In the past, automobile mechanics had to physically check and inspect the issues.

One of these issues is the knock.

As an integral part of modern engines, understanding how knock sensors work is essential for any car owner.

In this article, we will go through the basics of knock sensors and explain how they help maintain healthy engine performance.

We will also give you tips for buying the right knock sensors from the best suppliers in China.

What is a knock and what causes it?

A knock is a phenomenon that occurs when the combustion in an engine’s cylinder is disrupted.

It is caused by the detonation of fuel-air mixture, which results in premature ignition and can damage the piston or other components.

Knocks can happen due to a variety of factors such as poor fuel quality, incorrect timing and increased temperature.

What is a Knock Sensor?

A knock sensor (also known as a knock detector) is an electronic device that detects abnormal engine vibrations caused by knock or pre-ignition.

It enables the engine’s electronic control unit (ECU) to adjust the ignition timing in order to reduce knock.

The knock sensor works by continuously monitoring knock frequency and intensity inside the engine. When knock is detected, it sends a signal to the ECU and triggers a rapid adjustment in the engine’s ignition timing. This helps prevent potential damage caused by knock or pre-ignition.

How Does a Knock Sensor Work? 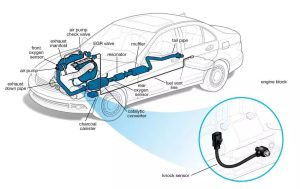 Knock sensors are typically placed near the cylinder head, close to knock sensors and pre-ignition sites. They consist of a piezoelectric element that vibrates in response to knock (or pre-ignition) frequency and intensity. The vibration is converted into an electrical signal and sent to the ECU, where it is interpreted as knock or pre-ignition.

Once a knock is detected, the knock sensor sends a signal to the ECU which then adjusts the ignition timing accordingly. This helps reduce knock frequency and intensity, which results in better engine performance.

This helps automobile mechanics to identify knock and make necessary adjustments in the engine’s ignition timing.

What is the difference between them?

How do I tell a knock sensor is bad?

Can a knock sensor malfunction?

Yes, a knock sensor can malfunction due to wear and tear or from exposure to extreme temperatures.

If you suspect the knock sensor is not functioning properly, it’s best to have it checked by an experienced mechanic as soon as possible.

What is a knock sensor circuit malfunction?

The circuit malfunction also occurs when the knock sensor sends a weak signal to the ECU. This can result in incorrect ignition timing and cause knock or pre-ignition issues.

How can tell it is a circuit malfunction?

Since this is an electronic issue, the knock sensor circuit malfunction can be diagnosed using a multimeter or other appropriate testing equipment.

A knock sensor system test should also be performed to ensure that the knock sensors are functioning properly and sending accurate signals to the ECU.

It is important to have a knock sensor circuit malfunction diagnosed and repaired as soon as possible in order to avoid knock or pre-ignition issues.

Are knock sensors the same?

No, knock sensors vary in size, shape, and construction depending on the type of engine. It is important to select knock sensors that are compatible with your vehicle’s engine, as not all knock sensors are suitable for all applications.

Each model of a car has a special sensor that is specifically built for it.

And the rule applies to all other vehicles.

Before you go ahead and buy knock sensors, here are a few things you should consider.

– Make sure the knock sensors are compatible with your engine type and model.

– Check for any warranties or guarantees from the manufacturer.

– Do a thorough research on knock sensor reviews before making a purchase decision.

– Make sure to buy knock sensors from reputable dealers or manufacturers to ensure quality.

– Pay attention to installation instructions and ensure that knock sensors are correctly installed.

Are you planning to buy knock sensors in China? Whether it is in bulk or you just want a few of them, where you buy will always matter. Ensure that you source knock sensors from a reputable knock sensor supplier.

And this is where ICRFQ comes in. We are a knock sensor supplier in China that offers high-quality knock sensors at competitive prices. We offer knock sensors for all kinds of engine types and models. You can choose from a wide selection of knock sensors based on your needs.

And are you in business? We can also help you buy knock sensors wholesale in China.