Everything You Should Know About Logic Integrated Circuits? 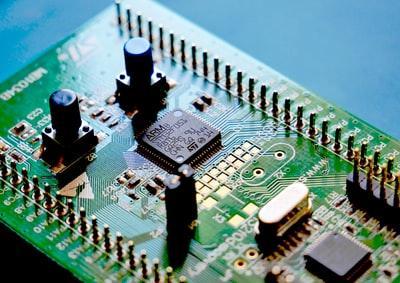 An integrated circuit, or IC, is a small electronic device made from a semiconductor material.

ICs are found in a wide range of electronic devices, from computers and cell phones to TVs and microwaves.

They are used to perform a variety of tasks, such as amplifying signals, storing data, and generating timing signals.

Logic ICs are a type of IC that performs logical operations, such as AND, OR, and NOT.

These operations are the building blocks of digital circuits, which are used in a wide range of electronic devices.

In this article, we’ll provide an overview of logic ICs, including their history, how they work, and their applications.

We’ll also provide a few tips on how to choose the right logic integrated circuits for your project.

What is a logic IC?

As we have briefly designed these are integrated circuits designed for performing logical operations.

And what does the term logic in this context mean?

Logic is the study of reasoning and inference, and it is an important part of many scientific disciplines, including mathematics, philosophy, linguistics, and computer science.

In these disciplines, logic helps people to prove statements about the world.

For example, in a mathematics class, you might prove that a statement such as “if A is true then B must also be true” is true.

You can do this by showing that if statement A were false then B would be false as well.

This would show that statement A cannot be false because it implies the truth of B.

This use of logic to prove statements about how things are in the world is similar to how we use logic in electronic circuits to perform logical operations.

In electronics and engineering, logic describes a system that uses rules of inference to determine whether or not a given proposition is true based on other known propositions (the axioms).

Logic circuits are used for creating digital systems which include computers and other devices like digital communication systems or any other system which requires some form of processing from input data to output data.

The first IC was produced in 1958 by Texas Instruments. It was used as an oscillator in a radio receiver.

However, they were not extensively produced until the late 1960s. Early ICs used vacuum tubes as their internal components.

Silicon transistors were not widely used in ICs until the mid-1970s.

The first ICs were monolithic ICs, which contained all of the components required in the IC inside a single chip of semiconductor material.

Hybrid ICs, which contained discrete components on a semiconductor chip, were also produced at this time.

When it comes to logic ICs, they were first developed in the early 1960s and have been continuously improved since.

The first ICs were used in computers, but now they are used in a wide variety of applications, such as cell phones, digital cameras, and cars.

Today, IC logic families include CMOS and BiCMOS, which are used in low-power applications.

How do logic ICs work?

The basic operation of an IC is to connect two or more input terminals to one or more output terminals.

Most of these integrated circuits are made from silicon, and they are designed to perform a specific logical operation.

The transistors, diodes, and other electronic components are configured in a particular way.

This is done to ensure that the IC can achieve the intended purpose easily and effectively.

The components inside of a logic IC are arranged in a pattern that resembles a schematic diagram.

When an input voltage is applied to an input terminal, the voltage appears at the output terminal. The output voltage of a logic IC is determined by the configuration of components inside of the IC.

Logic ICs can be grouped into two broad categories:

-Combinational logic – These are typically used for simple applications, such as adding two numbers together. They consist of a series of gates connected together.

Other types of logic integrated circuits include:

– Linear ICs: These ICs perform a variety of logical operations, such as AND, OR, and NOT. They can be used as oscillators, timers, and shift registers. Some of these ICs are made from discrete components, while others are made from integrated circuits.

– Flip-flop ICs: These ICs are designed to latch data and store it as long as power is supplied to the IC. Flip-flop ICs come in two main types: SR and D. SR ICs latch one bit of data, and D ICs latch two bits of data. SR ICs are also called “junction ICs.”

Comparing logic ICs to other ICs

Integrated circuits are widely used in electronic devices to perform various tasks. There are many different types of ICs available, but logic ICs are the most commonly used type.

In fact, almost all electronic devices contain one or more logic ICs. Logic ICs can be compared to other types of ICs based on the following factors: – Function and application: Logic ICs are designed to perform logical operations, and they are widely used in many different types of electronic devices. Other types of ICs can be used for a wide range of applications, but they are often limited to specific tasks.

– Size: Logic ICs are the smallest type of IC. Other types of ICs are larger in size and are designed to be mounted on printed circuit boards.

– Cost: Logic ICs are relatively inexpensive. Other types of ICs can be more expensive.

Some types of analog ICs are designed to operate efficiently over a range of discrete signals, but they are not suitable for digital applications.

How do logic ICs compare to mixed integrated circuits?

Mixed ICs are created through a combination of both analog and digital signals.

On the other hand, logic ICs are produced using only digital signals. Mixed ICs are generally more complex than logic ICs and they can be expensive.

There are many advantages to using logic ICs:

– They are small and compact, which is ideal for applications that require a small circuit.

– They are easy to use, as they have standardized pinouts that correspond to the logic functions they perform.

– They are reliable, as they are highly durable and very tolerant of shock, vibration, and temperature variations.

– Low cost: Logic ICs are relatively inexpensive. Other types of ICs can be more expensive.

There are some limitations that should be kept in mind when using logic ICs:

– They are designed for digital applications, not analog applications. – They typically contain fewer terminals than discrete transistor circuits, making them less flexible.

– They are usually limited in how much current they can source or sink.

– Limited timing accuracy: Logic ICs are designed to operate as quickly as possible, but there is a limit to how fast they can operate. This timing accuracy will vary based on the type of logic IC you choose.

They are also used in audio equipment, such as sound mixers, amplifiers, and audio mixers.

Things to look for when choosing the right logic IC

When selecting a logic IC for your project, there are a few things you should keep in mind.

Finding the right logic IC for your project can help ensure that your circuit will work properly.

However, some logic ICs can operate at higher voltages, and you’ll want to take this into account when designing your circuit.

Once you’ve determined the power requirements of the logic IC, you’ll want to select an IC that operates at the correct voltage. Logic ICs are grouped into families based on their logic and electrical characteristics. The logic family determines the pin configuration of the IC.

The logic IC’s pin configuration determines how it will be connected to other components in a circuit.

The speed of an IC is important to consider when choosing a logic IC, as it determines the rate at which your circuit operates.

Things to look for when evaluating logic IC manufacturers include:

-Reputation – The reputation of a logic IC manufacturer is a good indicator of the quality of the ICs they produce. A well-respected IC manufacturer can be trusted to produce high-quality ICs.

– Product offerings- Logic IC manufacturers make a wide variety of different logic ICs. Make sure that the manufacturer you choose offers the type of IC you need for your circuit.

– Pricing – It may be tempting to select the cheapest logic IC manufacturer, but this is rarely a good idea. You should always be wary of cheap logic ICs, as they are likely to be low quality.

Would you like to meet a logic integrated circuit manufacturer in China who meets all the above requirements? ICRFQ can help you. We are a sourcing agent for electronic components in China.

We will use our expansive network and experience to ensure that you land a reputable manufacturer for logic circuits in China.