Everything You Need to Know About Magnetic Contactor 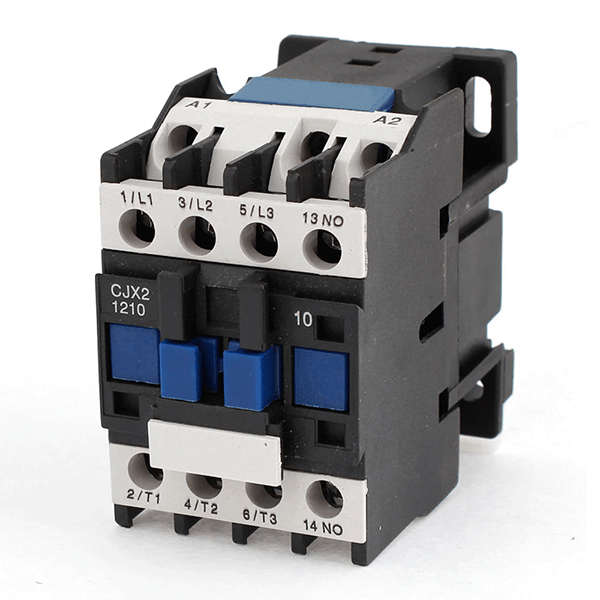 Have you ever worked with a magnetic contactor? Hein Moeller was the first to create it, and it has been utilized in switching applications for many years. The magnetic contactor remains the essential component of the controlling applications due to its massive market size. Based on my investigation, I’ll explain all of this device’s technical details in this article. But, first and foremost, what are contactors, and how do they function?

A contactor is a low-voltage circuit component that switches a higher-current electrical power circuit. It is similar to a relay in that it is electrically operated (more than 15 amps or a few kw). It contains rapid open and close capabilities that control and suppress the electrical arc discharged when a powerful motor current is stopped, allowing it to be connected directly to devices with a high load. However, it is not intended to act as a circuit breaker in the event of a short circuit.

Contactors are available in various shapes and sizes, with capacities ranging from a low breaking current load to extremely high amperage and voltage. Sizes range from a few centimeters to almost a meter in diameter, with various features depending on the use. Almost all standard contactors contain many type A or ‘usually open’ connections, and some incorporate low-current auxiliary contacts for independent operations like pilot lights.

The enclosure, the electromagnet or Coil, and the contacts are the three parts of a contactor (sometimes also called poles). The Coil and contacts and any auxiliary contacts are housed in the enclosure, which is self-explanatory. It’s made of any insulating material to insulate and safeguard the contacts, such as thermosetting plastic.

It protects against environmental contaminants such as oil, dust, and weather by preventing individuals from touching the contacts. The Coil, also known as an electromagnet, comprises a static core and a moving score that provides the driving force that closes the contacts. The current-carrying components are the contacts, which might comprise power and auxiliary contacts as well as contact springs.

A magnetic field is created when a current is passed through the Coil, attracting the contactor’s moving core. This moving core uses electromagnetic force to move the moving contact towards the fixed contacts, keeping them close together. When the Coil’s power is shut off, the moving core is returned to its original position by a contact spring or gravity, and the contacts reopen.

What Is Magnetic Contactor?

Electrical relays utilized in various electric motors are the same as magnetic contactors. Magnetic contactors are used in electric motors to balance the change in frequency or state of the motor, which is referred to as the motor transitioning from ON to OFF state. The changing parameters of the power sources, which are direct, and the high load of electrical motors cause the frequency of the motor to change.

Magnetic contactors are made up of the following fundamental components.

There are two sections to the iron core:

When the Coil Is Activated, It Transforms into An Electromagnet.

A Magnetic Contactor Closes When the Coil Is Powered, Causing the Moving Core to Glide into The Fixed Core.

The Coil is powered to close the main contacts, and the power of that Coil is used to control the auxiliary contacts.

There are mostly two varieties to choose from.

The main contact, often known as “the main Contact,” links the electrical system to the load in the power circuit.

Auxiliary contacts can pass tiny currents and indicate the state of the main contacts. In other words, it serves as a link between the control system and the user. 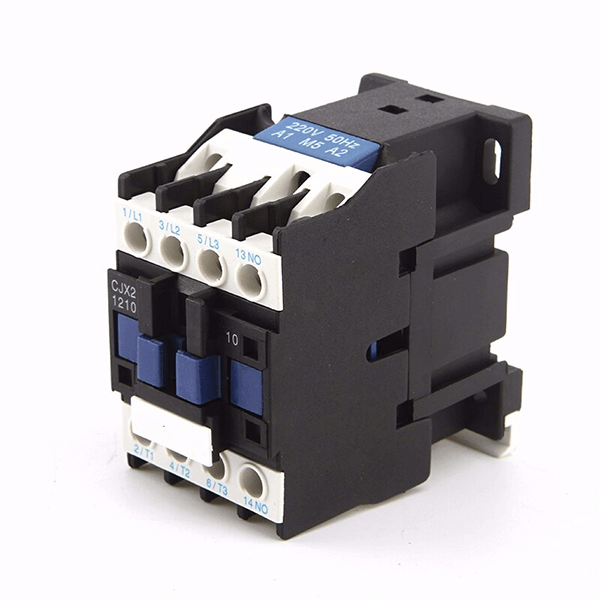 Contactors for AC electricity are classified into four types based on the nature of the load and how they are used:

This type of contactor is useful in resistive loads like heaters and electric furnaces and non-inductive or mildly inductive loads with a power factor of 0.95 to 0.99.

For starting slip-ring motors. As a slip ring motor, it’s appropriate for retractable loads. They favor applications with a lot of torque current.

Up to the speed of a squirrel cage motor, it is suitable for starting and stopping loads. This sort of contactor can endure a high current for an extended time. Elevators and lifts are two examples.

DC contactors are classified as follows.

There are several advantages to using relays and magnetic contactors compared to alternative switches.

Provides operators with a high level of safety.

It’s possible to control it with an automatic device or via a remote control. 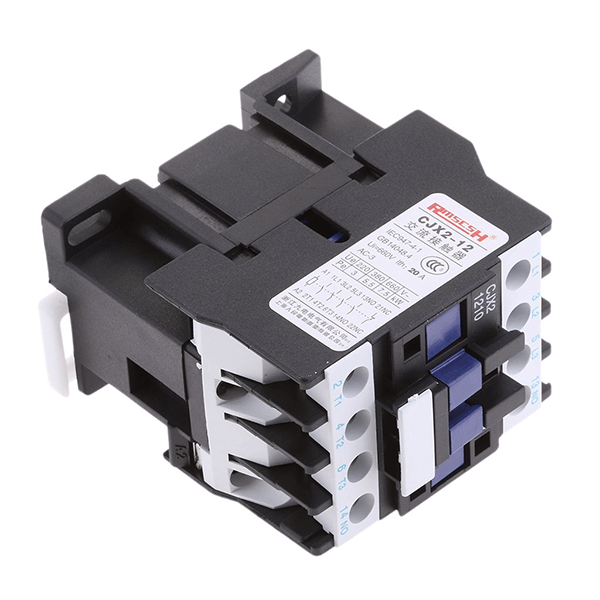 Magnetic contactors have a variety of uses. Here are a few examples.

It is utilized for remote or local switching of relatively big mercury, fluorescent, or tungsten lamps and centralized ON/OFF control of LED lighting loads.

As a result, we can conclude that a Magnetic Contactor is an Electrical Device that requires an Electric Voltage to function. The Poles in it can be disconnected or connected.

There are two different contact points on a magnetic contactor: NO and NC.

Normally Open (NO) is a term used to describe a situation in which the This Pole is not connected (Open) when a Magnetic Contactor is not provided an electric voltage (Normal state); nevertheless, when the magnetic contactor’s Coil is supplied, a voltage, this Pole will be connected (closed).

When a Magnetic Contactor is not provided an electric voltage (Normal state), this Pole is connected (Closed), and when the magnetic contactor’s Coil is supplied electricity, this Pole is broken (open) or not connected.

Contact Points of NO and NC can be found on TIMER, RELAY, Thermal Overload Relay, Push Button, Controller, Electric Sensor, and other electrical components, in addition to Magnetic Contactors.

How Do You Wire A Magnetic Contactor?

Before connecting the product, make sure the label values are appropriate for the system you’ll connect to. After that, look for the A1 and A2 terminals. Coil terminals are the type of terminals used here. When the Coil is electrified, the contractor’s main power contacts are closed. Connect A1 to phase (+) and A2 to neutral (-).

Tightening the product’s screws should be done following the torque values printed on the product. If you exert too much power on the screws, they may become worn, resulting in an electrical spark when they are energized.

If magnetic contactors are chosen correctly and utilized under normal conditions, they will not fail. Contact wear and coil burn are the two most common issues.

The Coil will also burn if the voltage provided to the coil terminal is not nominal. As a result, the power contacts and Coil must provide nominal voltage and current values. For improved system protection, protection devices such as overload relays and fuses must be utilized with the contactor.

We can control any motor from a distance using a magnetic contactor. Magnetic contactors in the kilo ampere range are available on the market. We hope you found this information to be useful.

Lastly, if you are looking for magnetic contactors to purchase or any other electrical component, contact us at ICRFQ, we are the best electrical manufacturers in China.