MPCB vs MCCB: What’s The Difference? 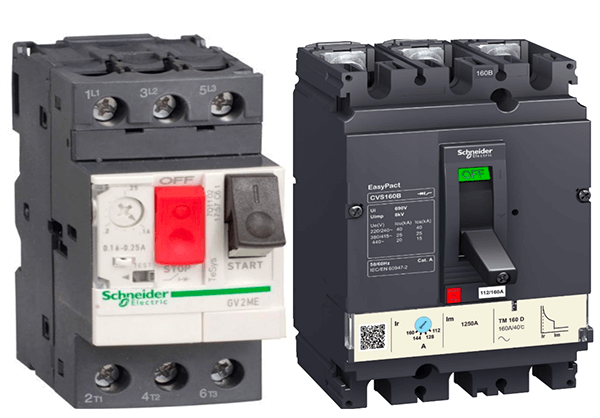 A Motor Protection Circuit Breaker saves space and money by offering fuseless protection that promptly shuts down motors to prevent damage. In a short circuit, it will also disconnect the current safely. It will most likely have a thermal delay to allow the motor to cool down and automatic reconnection after it has.

The motor protection circuit breaker is a variant of the thermal-magnetic circuit breaker, but it has extra features developed specifically to safeguard electric motors. The basic operation is comparable to that of all other circuit breakers.

The motor protection circuit breaker is a variant of the thermal-magnetic circuit breaker, but it has extra capabilities designed specifically to safeguard electric motors. The basic operation concept is the same as for all other circuit breakers.

The MPCB distinguishes itself from other circuit breakers by being able to defend against phase unbalance and phase loss. Three live conductors with balanced voltages are required for three-phase circuit motors to function properly. The motor’s service life will be shortened if the unbalance is greater than 2%.

The effect is significantly more destructive if one of the phase voltages is suddenly lost because the motor will continue to run with only two phases. The motor protection circuit breaker can detect these conditions by sensing phase voltage differences and promptly disconnecting the motor if they occur. Phase current unbalance is typical in three-phase systems that power independent single-phase loads, but it is inappropriate when the three-phase circuit powers an electric motor.

PCBs also have a manual interruption mechanism that allows electric motors to be disconnected for replacement or repair.

Motor safety circuit breakers come in various current ratings, and many versions allow the current rating to be modified, which is one of its best features. As a result, the same MCPB can be used to safeguard motors of various capacities. 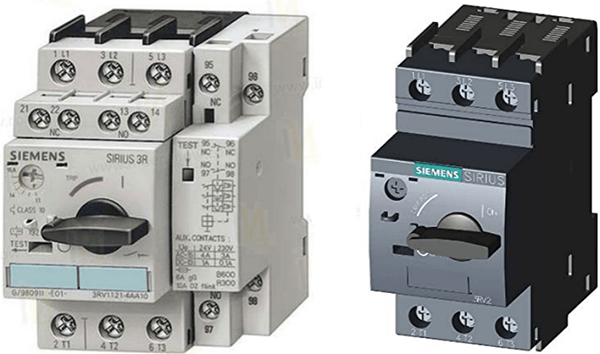 MPCB is a type of circuit board that is used in electric motors. The MPCB’s principal function is to trip when the motor draws more current than the set limit. An overcurrent flow triggered an MCB or MCCB; however, they did not have an adjustable current set limit. We can manually set the current limit in MPCB.

The Moulded Case Circuit Breaker (MCCB) is a circuit breaker with a molded case. When customizable tripping is required, the MCCB is used. It’s mostly utilized for high-current applications and comes with a manually actuated circuit breaker. It’s mostly employed in the industrial sector for low and high breaking capacities. The electric device in question is an electrical protection device that protects an electric circuit from excessive current, which might cause an overload or short circuit. 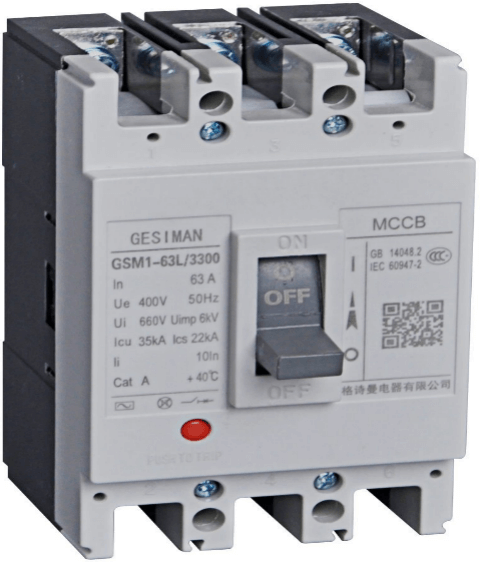 A circuit is protected from fault current by an MCCB. To break those fault currents, it employs thermal and magnetic methods. Overload protection is provided by the thermal mechanism, whereas the magnetic mechanism provides short circuit protection.

When a current exceeds a limit over an extended period, it is called overload. To defend against overload, MCCB incorporates a thermal mechanism with a bimetallic contact. A bimetallic strip comprises two distinct metals with varying thermal expansion rates—the strip bends or contracts as the temperature changes.

The bimetallic strip carries the main current. The contacts heat up and expand when the current surpasses a particular limit. The strip bends and trips the circuit due to various expansion rates.

The current in electrical equipment might overload for short periods; this is normal and should not be mistaken for fault current. As a result, the MCCB has a time delay, allowing the overload current to flow for a short time before tripping the circuit.

MCCB protects against a short circuit using a solenoid that produces electromagnetic force. The main current flows through the solenoid that attracts and repels a plunger responsible for tripping the breaker.

If the current remains below the threshold, the solenoid produces a weak magnetic force that cannot attract the plunger. In short circuit conditions, a very high current flows through the solenoid that generates a very strong magnetic force. It attracts the plunger that trips the circuit.

MPCB vs MCCB: What’s The Difference?

For more info or on the purchase of MPCB vs. MCCB, contact us at ICRFQ; we are the best electrical component manufacturer in China.