Everything You Need To Know About Parallel Plate Capacitor 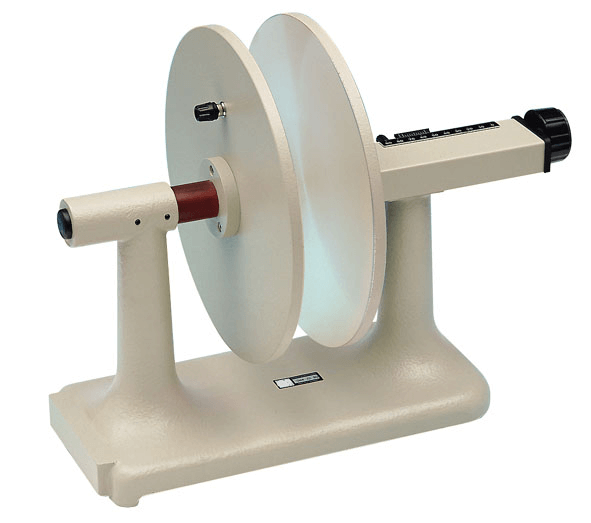 We are incredibly reliant on mobile apps and devices on the digital electronic platform, whether for leisure or job. Rechargeable batteries are a convenient feature of laptops and mobile phones. Charge and discharge cycles are observed in these batteries. These become mobile when charged. Capacitors can be found in all rechargeable circuits.

Those capacitors that feature an arrangement of insulating material and electrodes are known as parallel plate capacitors. Electrodes are created from the two conducting plates with a dielectric between them. This separates the plates for you.

In a parallel plate capacitor, the two plates have similar sizes. The power supply is connected to them. A positive charge is applied to the plate when linked to the battery’s positive terminal. However, the plate linked to the battery’s negative terminal picks up a negative charge. Due to the attraction, charges are imprisoned inside the capacitor’s plates.

The Principle of Parallel Plate Capacitor 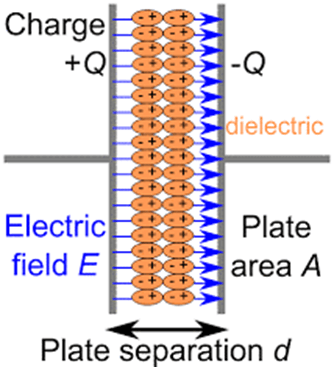 Dependence of Charge Stored in a Capacitor

The potential difference between the parallel plate capacitor’s two plates directly relates to the quantity of electric charge stored on any one plate. Considering this relationship as:

Where C is the capacitor’s capacitance, Q is the charge it can store, and V is the potential difference between the two plates.

The Capacitance of Parallel Plate Capacitor

A parallel plate capacitor’s capacitance determines its capacity. The equation above demonstrates that the higher the value of C, the more charge a capacitor can keep. Consequently, it is clear that the capacitance is dependent on:

The electric field can be expressed in writing using the Gauss law as follows:

We can write capacitance as follows since we are aware that it is defined by the formula V = Q/C:

We achieve the highest capacitance when the plates are arranged closely together and have a big surface area.

The dielectric’s non-conductive characteristic prevents electric current from passing through it. However, under the influence of the applied voltage source’s electric field, the atoms of the dielectric material become polarized. As a result, dipoles are created due to polarization. Moreover, a negative and positive charge is stored on the plates of a parallel plate capacitor. 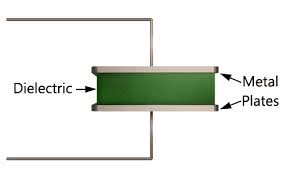 As charges build up on the plates, a charging current begins to flow through the capacitor, keeping it charged until the source potential is reached and the potential difference between the plates is equal. When compared to a rechargeable DC battery, a parallel plate capacitor is a device that can store electrostatic energy in the form of charge in the dielectric medium between the plates.

To raise the threshold voltage level and improve the capacitor’s capacity for storing charge, we utilize a variety of dielectric mediums, such as porcelain, mica, oxides of different metals, or other materials with high permittivity. The capacitance depends on the plate area that overlaps, the medium’s permittivity, and the space between the plates.

A capacitor is a critical component of power system auxiliaries because it can operate as a source of capacitive reactive power. This increases the power factor of the system, which increases stability. Because a magnetic field has a better capacity for storing energy than an electric field, we rarely utilize a parallel plate capacitor to store energy. Charge leakage, a flaw in the dielectric that is employed in it, precludes us from using a capacitor as the ideal charge storage device since it limits how long a capacitor can maintain a charge.

The state of a parallel plate capacitor when a medium is in contact with air or another substance. 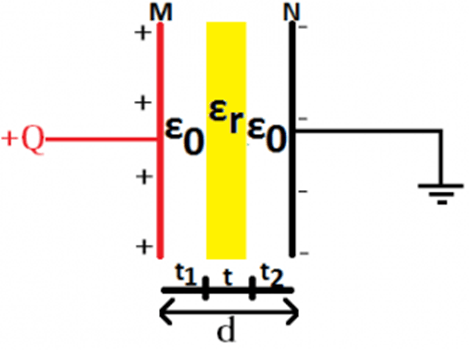 We’ll assume that a capacitor has capacitance C, electric charge Q, and is electrically neutral.

The following are some uses for parallel plate capacitors:

What Is the Purpose of The Second Plate in A Parallel Plate Capacitor?

By functioning as the first plate’s conducting neighbor, the second plate serves to increase the capacitance.

Depending on the size of the plates and the space between them, parallel plate capacitors’ capacitance factors are determined.

What Occurs If A Dielectric Is Placed Within A Capacitor?

Based on the applied potential difference, the capacitor can now store more charges thanks to the addition of a dielectric.

What Happens If A Battery and A Capacitor Are Separated?

Charges continue to be repaired when the battery is disconnected. In the event that the capacitance changes, the potential difference also changes.

An arrangement of two parallel metal plates separated by a certain distance makes up a parallel plate capacitor. A dielectric medium covers the area between the plates. The dielectric medium can be anything that isn’t conducting, including mica, vacuum, glass, air, wool, paper, and electrolytic gel, among many other non-conducting materials.

Regarding the storage of the charges, there is a specific restriction. There is a danger that the charge will leak if it surpasses. Two plates are needed to prevent this from happening. Thus, these parallel plate capacitors are highly useful when storing large amounts of charge is necessary.

At ICRFQ, we manufacture the best electrical components. To know more about parallel plate capacitors, contact us at ICRFQ.