Everything You Need To Know About Semiconductor 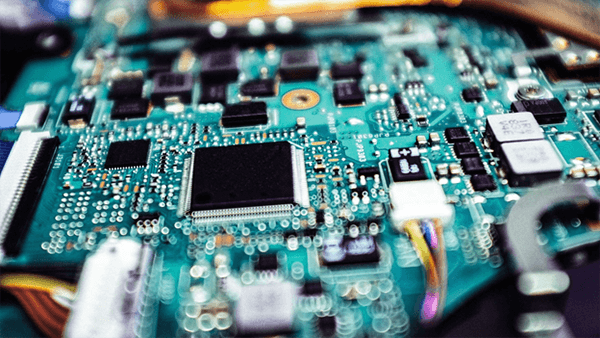 Semiconductors are one of the most used electronic devices globally. These devices are an essential part of the manufacturing of various electronic components used in telecommunication, medicine, military systems, computer science, transport, and many other applications.

Semiconductors are also known as integrated circuits or microchips. They are designed from pure elements, such as silicon, germanium, or gallium arsenide. During the manufacturing process and a stage called doping, impurities are added to the chosen element to trigger changes in the material’s conductivity.

Due to their use in the manufacture of electronic devices, semiconductors are crucial in everyday life. Without semiconductors, you would not have smartphones, TVs, radios, computers, or advanced medical equipment.

In this post, you will learn everything about semiconductors. But first, lets us know what it is in the first place.

What Is a Semiconductor?

A semiconductor is an element with specific electrical properties that helps it work as a foundation for various electronic devices. In most cases, semiconductors are solid chemical elements used to conduct electricity under given conditions but do not conduct in other situations. This property makes a semiconductor suitable for controlling electric current in many appliances used at home, in hospitals, and in other industries.

The conductance in a semiconductor varies significantly, depending on the voltage, current going through the element, and the intensity of the visible light. Accordingly, the properties of a semiconductor vary according to the impurities used during the doping stage.

How Does a Semiconductor Work?

All materials and elements used to make semiconductors have specific properties. For instance, they have four electrons in their outermost orbit. These electrons form a covalent bond with four atoms, resulting in a lattice crystal that looks like a diamond or silver metallic substance. Silicon is the most common semiconductor material because it is readily available and easy to work with. When a dopant is introduced, it creates instability in the silicon crystal, allowing the free movement of electrons.  The electron movement creates an electron imbalance that generates a charge depending on the number of electrons. 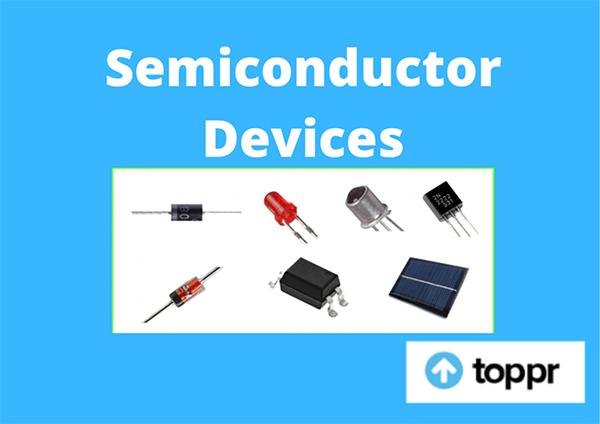 What Are the Uses of Semiconductors?

Before going deep into the discussion about semiconductors, it is crucial to dissect some of their uses and applications. Now that you know what a semiconductor is and how it works, you should understand that they are crucial in many applications and industries. Semiconductors are used based on their capacity to conduct electricity. Since they conduct electricity in the right conditions, they are used to regulate the flow of current in devices. In this case, they can be conductors, insulators, or both, depending on where they are used. This characteristic makes them suitable for use in almost every industry that requires some conductivity.

The conductivity of a semiconductor can be altered to give the required property which is suitable for a particular product. Therefore, semiconductors are highly customizable materials. They are also known as chips or semis and are widely used in electronics manufacturing to enhance and regulate the functionality of various devices and appliances. Semiconductor manufacturers primarily need them to make smaller devices like TVs, computers, smartphones, watches, and computer-gaming equipment. All devices that need semiconductors are generally compact, power-efficient, low-cost, and reliable when it comes to manufacturing.

Lastly, semiconductors can be used based on four distinct categories, namely memory chips, microprocessors, complex systems on a chip, and commodity integrated circuits.

What Are the Two Types of Semiconductors?

Doping is a process used to introduce other materials, mainly impurities, into the crystal of an element. Such impurities are known as dopants. When doping is done, silicon crystals can change into two types of semiconductors.

The N-type semiconductor is made when a dopant with five electrons in the outermost valence layer is used. Phosphorus is a common element used for this reason. The atom from the element joins in the structure of the crystal, bonding with adjacent atoms. Since phosphorus has five free electrons, four will bond, leaving one hanging. The extra valence starts behaving like a single valence electron in a typical conductor. It moves about freely. Since the semiconductor has an extra electron, it is called an N-type semiconductor.

Upon applying a voltage on a P-type or N-type semiconductor, current flows in the same way it would in a typical conductor. The positive side of the voltage attracts electrons while the negative side pushes them. The resulting motion leads to a one-directional movement creating a measurable current. 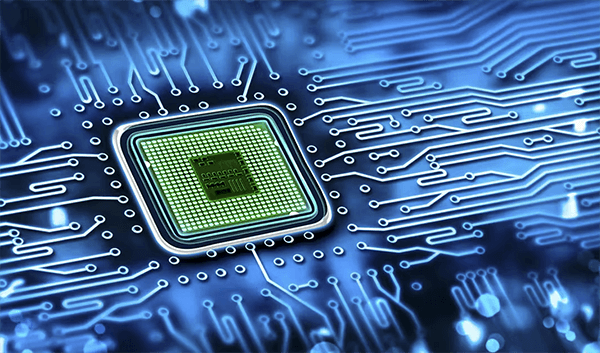 Elements used to make these two types of semiconductors include arsenic, boron, germanium, silicon, tellurium, and selenium. Silicon is the most common one, and it forms the basis of an integrated circuit. Other common semiconductor compounds include metal oxides, indium antimonide, and gallium arsenide.

How Do Intrinsic and Extrinsic Semiconductors Differ?

What Are the Different Semiconductor Materials? 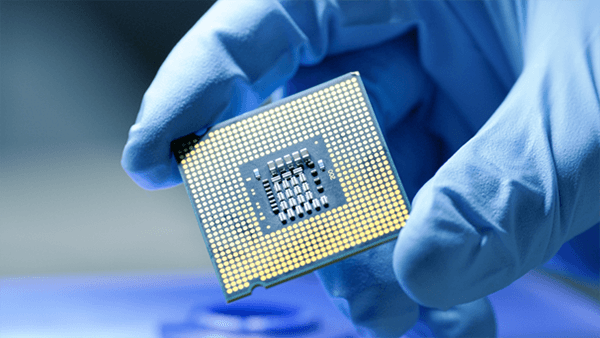 Silicon is one of the most abundant elements on the earth’s surface. Although it is not found as a free element, silicon occurs as oxides and silicates. Primarily, silicon metal is found after a reaction between silicon dioxide with carbons.

There are many companies producing silicon for commercial use. China is believed to be the largest producer of silicon.

Germanium is another element used to make semiconductors. It has an almost similar appearance to silicon. It is also not found as a free element due to its high reactivity factor. A large portion of germanium is mined from sphalerite zinc ores.

Germanium is less desirable for making semiconductors because it is more expensive and thermal-sensitive. It is mainly alloyed with silicon and used to make high-speed electronic devices.

Gallium arsenide and silicon dioxide also have superior properties to silicon, making them effective for use as insulators, passive layers, and building components devices.

What Are Some New Inventions in Semiconductor Materials?

Silicon has been one of the most used semiconductor materials of the twentieth and twenty-first centuries. However, the element is currently nearing its limits in terms of usefulness in manufacturing semiconductors. The market requires smaller, faster-integrated circuits, meaning that manufacturers have to find more efficient materials. Research about such materials has been ongoing for years with a promising future. Here are some possible more effective semiconductor materials that might soon replace silicon.

What Are the Properties of a Semiconductor Material?

Semiconductor materials possess specific properties that make them suitable for electrical conductivity. The future of semiconductor manufacturing relies heavily on whether the new elements have similar properties at no added costs.

What Are the Semiconductor Basics?

As highlighted already, semiconductor materials, such as germanium, gallium arsenide, and silicon, have electric conductivity properties that lie somewhere between conductors and insulators. They can neither be classified as good insulators nor good conductors. That is why they are known as semiconductors.

Semiconductors have free electrons since their atoms are packed in a crystalline pattern known as crystal lattice. However, the electrons can move about under special conditions. Manufacturers know how to play with the makeup of a semiconductor to improve or limit its ability to conduct electricity. For instance, the addition of a donor atom in the crystalline structure of semiconductors results in more free electrons and thereby increasing conductivity. The opposite is true when limiting the conductivity.

The most basic and commonly used semiconductor material is silicon. Silicon has four free electrons in the outermost valence layer, which share with the neighboring silicon atom to form a bond with eight shared atoms in the outer valence. The resulting structure is that each atom shares an electron to enhance stability. Since the structure of a silicon atom or germanium atom does not have free electrons to move about, they are often good insulators in their purest forms. Alternatively, they are considered high-value resistors.

Silicon atoms are found in a symmetrical pattern resulting in a crystalline structure known as a crystal lattice. A crystal lattice of pure silica is known as an intrinsic crystal without free electrons. This structure is often very pure. When connected to a voltage source, such as a battery cell, the silicon crystal may not extract current since the supply may not be enough to generate electrons. To extract current, you need to generate a positive or negative charge within the silicon structure, which, in turn, allows the flow of electrons and electric current through the crystal. The negative or positive charge is created through doping.

How Are Semiconductors Made?

The process of manufacturing a semiconductor can be broken into six stages. Each stage is explained below:

This stage involves the crating of patterns for the front-end circuit.

The manufacturer creates the integrated circuit on a silicon substrate or what is commonly known as a silicon wafer.

All devices, including transistors, are connected to create an electronic circuit.

The last stage involves assembling the device. This is done after the integrated circuit chip is created and encapsulated into packages. A thorough inspection follows to test the device for errors before it is introduced into the market.

What Is the Difference Between a Semiconductor, a Conductor, And an Insulator?

By now, you have come across the terms; semiconductor, conductor, and insulator multiple times. However, they might be confusing if you do not have a good grasp of chemistry and physics concepts. Therefore, it is crucial to differentiate them in the best and most understandable terms possible.

Semiconductors became very popular due to their wide-ranging uses and applications. However, it is worth noting that semiconductors are becoming less and less available due to shortages in semiconductor materials. Over the years, these elements have been the backbone of electronic manufacturing.

Semiconductors are always at the heart of electronic manufacturing since they are useful in controlling electricity flow in devices. They make devices as compact and efficient as possible. With this, many people have started looking into these tiny magic for answers. Here are some of the questions we have compiled from around the web that will help you understand semiconductors better.

What is a semiconductor chip?

What is a radio frequency semiconductor?

What is a semiconductor optical amplifier?

An SOA, or what is known as a semiconductor optical amplifier, is a component in semiconductors used to amplify light. They are crucial in communication receivers used in data centers because they compensate for the loss of transmission.

What is a fable semiconductor?

What is a semiconductor manufacturer?