Everything You Need To Know About Shunt Resistor 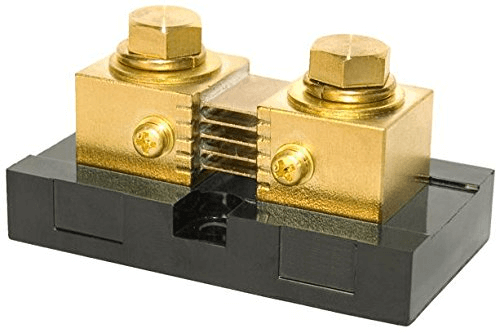 When you’re designing your electronic circuit, you’ll generally want to limit the current in one or more of its components. The shunt resistor is a common and useful circuit element that can assist with this task. Shunt resistors are used in many different applications because they can be useful for accomplishing several different tasks.

They are effective at limiting current and reducing unwanted voltages across another component in an electronic circuit. They may not be as widely known as other circuit elements, like capacitors and inductors. But if you’re interested in learning more about this important piece of hardware and how it can help you build better circuits, keep reading.

What is a Shunt Resistor?

A shunt resistor is a type of current-limiting resistor. It is used to divert current away from another active component in a circuit. It can be useful for preventing other circuit elements from overheating or otherwise being destroyed by excessive current.

How Does a Shunt Resistor Work? 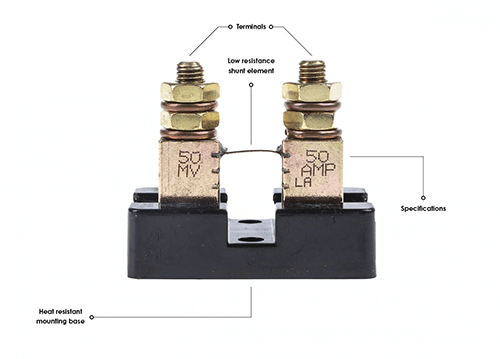 A shunt resistor works by diverting current from the main path of a circuit and carrying it through itself. A shunt resistor can be used to limit the current that is flowing through another component in a circuit.

This is often done to protect the other components in the circuit from overheating due to too much current being forced through them.

How to use a shunt resistor to measure current

For example, if you have a 12V battery connected to a 12V motor, then you will have 12 volts of electricity flowing through the circuit. If we then measure the voltage across the resistor in series with this circuit, we will get a reading of (12V – V_BATT).

This is called the voltage drop across the resistor and can be used to determine how much current is flowing through it. If we now take this value and divide it by 0.001 we will get an indication of how many amps are flowing through it:

If we then use this value as a shunt resistance in our circuit, we can determine how much current is flowing through our component.

Structure and components of a shunt resistor

A shunt resistor comprises of two terminals, or leads, usually referred to as the “hot” and “cold” terminals. The voltage applied across the resistor will be a function of the current flowing through it.

It is important that you place your shunt resistor in series with any components that can be affected by voltage changes. For example, if you are measuring the current flowing through an LED (Light Emitting Diode) then it would be best if this was placed in series with it so that you could accurately measure how much current was being drawn from it.

How do I use my shunt resistor?

There are two ways in which you can use a shunt resistor: You can insert it into your circuit or you can attach one end directly to an electrical test meter and measure how much current is flowing through your circuit.

Inserting a shunt resistor into your circuit.

To insert a shunt resistor into your circuit, you will need to connect the “hot” lead of the resistor to the power supply and then attach this lead to the target component.

For example, if you were measuring the current flowing through an LED then it would be best if this was connected in series with it so that you could accurately measure how much current was being drawn from it.

Even though they have the same working principles, shunt resistors come in different forms. Let’s look at some of the most common types of shunt resistors that you are likely to find in the market.

As the name suggests, this type of shunt resistor is mainly made of a combination of carbon and finely ground insulating material. A resin binder is used to link these two materials.

Ceramic material is known for its strength and ability to withstand high-temperature conditions. This explains why it is also used for making shunt resistors. The resistor is further enhanced by the resistive metal contacts.

This type of shunt resistor is made from a metal alloy that has an insulated coating on it. These types of resistors are most commonly used in circuits that require very high current flows such as motor control circuits and power conditioning circuits.

These types of resistors are usually in the form of a wire which has been pressed into a metal case with the insulation stripped away so that it can be soldered onto your circuit board.

Other than the material used, shunt resistors are also classified depending on the specific application areas. Under this, we have;

This type of shunt resistor is used to protect sensitive electronic devices from the high-voltage surge currents that are generated when power is turned on or off. Perhaps the most common application of this type of shunt resistor is in computer power supplies where it acts as a voltage divider that reduces the amount of ripple in the output voltage.

This type of shunt resistor is also used to protect sensitive electronic devices from high-voltage surges but its main purpose is to reduce the ripple in the output current which can be caused by an AC power supply. The AC current shunt resistor is usually used in audio amplifiers and other similar circuits where an amplifier produces a very large amount of DC voltage.

This type of shunt resistor is used in switching power supply circuits where the surge current is so large that it cannot be safely dissipated by the other circuit components. The switching shunt resistor can also be used to protect electronic devices from the high-voltage surge currents that are generated when a switch is turned on and off.

These are mainly used for the current detection circuits, where the resistors are used to measure the current flowing in a circuit. They are also used for measuring the voltage across an electric circuit.

Before you buy a shunt resistor, it will be smart to check out its technical parameters. They include;

It is the measure of how much resistance there is in a circuit. The resistance of a shunt resistor can be measured in ohms, whilst that of a typical resistor is in ohms. Resistors are denoted by their numerical value and its value is expressed as an ohm.

This parameter usually refers to the ratio between the power dissipated by the resistor and the power supplied to it, but it can also refer to other parameters like voltage, current or temperature, etc. It represents how efficient the circuit is at dissipating heat and how well it follows Ohm’s Law. A circuit with a low power factor will have high resistance, which will result into high dissipation of heat in the circuit which may result into device failures or thermal runaway.

This represents how much a resistor will change with respect to temperature changes, it can be expressed as 100 times its resistance at 25 °C (77 °F) or 0.0025 ohms/°C (0.0005 ohms/F). The temperature coefficient varies widely from one device to another and from one application to another.

The power dissipated by the shunt resistors is measured in watts (W), where this value can be expressed as P = I²R where I is the current and R is the resistance value of the resistor.

The power dissipated by the metal-oxide resistors is measured in watts. The power can be expressed as P = I²R where I is the current and R is the resistance value of the resistor.

The power dissipated by the other resistors is measured in volts (V). The power can be expressed as P = I²R where I is the current and R is the resistance value of the resistor.

What are the advantages of a shunt resistor?

Some of the merits that come from using shunt resistors include:

-Low noise: Shunt resistors are highly preferred because they do not contribute much noise into the signal. This means that they don’t affect the signal amplitude very much, which results in higher resolution.

-Minimum noise: Shunt resistors are very low in noise. This is especially true for the single-ended resistors that are used in differential signals.

What are the disadvantages?

However, shunt resistors do have their limitations. One of them is there can be an occurrence of voltage drop. This may happen due to the resistance value of the resistor.

Another disadvantage is that they can be quite expensive, compared to other types of resistors.

What are the applications of shunt resistors?

Now that we have seen how these resistors work, it is easy to predict their application areas. Their uses include;

-Isolating components from each other

-Improving the accuracy of AC measurements.

-Providing a reference voltage to calibrate digital multimeters and oscilloscopes.

I hope that now you know the essentials of a shunt resistor. You are now able to buy and install them for your relevant application. And when it comes to buying, ensure that you purchase from reputable shunt resistor manufacturers and suppliers.

Having a hard time locating such suppliers? You can always use a sourcing agent. This is what we at ICRFQ do. We have a team of sourcing agents that can assist you in finding the right suppliers. They will be able to help you find the best available shunt resistor manufacturers and suppliers in China.