Everything You Need To Know About Switching Diode 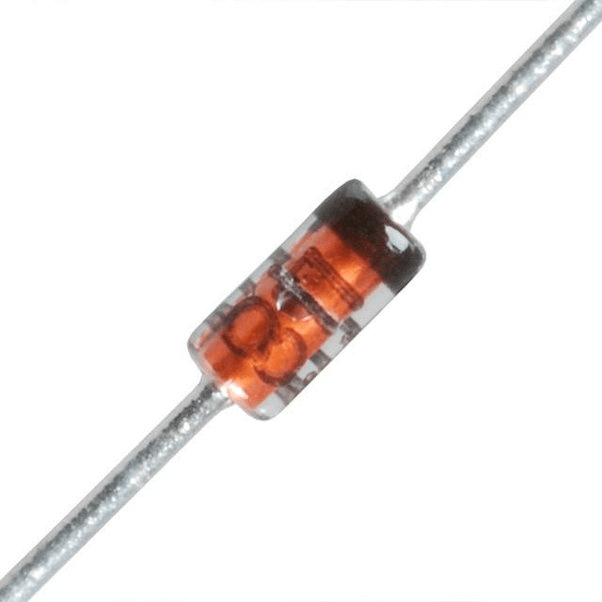 There are many types of diodes in the market. Each type is designed to execute a specific function. One type of diode that may attract your interest is the switching diode. Probably you want to buy it because it will be suitable for your application area. In this article, we are going to explore everything that you should know about a switching diode.

What is a switching diode?

A diode that has the switching capability is known as a switching diode. For this reason, it is perfectly designed for the ON and OFF circuits. What does this mean? The diode allows current to flow in one direction and will turn off the circuit when the flow of voltage is reversed. Switching diodes are designed to allow forward bias and at the same time, they are also designed to block reverse bias.

How does a switching diode work?

A switching diode works by conducting current in one direction and blocking current in the reverse direction. It is basically made up of two layers of P type semiconductors. The P layer has a positive charge and the N layer has a negative charge. These layers are made to be very thin so that they will be able to conduct electricity easily.

When the diode is forward-biased, the positive charges from the P layer move into the N layer. This is what causes electrons to flow from the N layer into the Player through a wire or a load that you want to power up with electricity. When it is reverse biased, electrons move back from P into N layers and this causes current to stop flowing through your circuit or load.

Switch diodes are used in many devices like power supplies, inverters, and rectifiers among others because they can turn on and off quickly without any delay as compared with other types of diodes like Zener diodes or varicap diodes.

In fact, its ability to switch ON and OFF rapidly makes it ideal for high-frequency circuits like RF circuits. Switching diodes have very low capacitance when used at high frequencies because capacitance can affect how quickly your circuit will turn ON and OFF when it is used at high frequencies. Switching diodes are also used for high-speed switching applications. For instance, they are used in switching regulators which are used to convert voltage from high to low levels.

When a switch diode is forward-biased, it acts like a normal diode. But when it is reverse biased, it acts like an open switch and current can flow through the diode freely in either direction. This property makes them ideal for use in power supplies and inverters where you want the AC output from your power supply to go to your load or motor only when the AC input is positive.

Structure and components of a switching diode

The switching diodes are packaged in plastic cases to protect them from moisture and dust.

The switching diode is a three-terminal device where the cathode, anode, and the third terminal called the gate are present.

Switching diodes are also known as semiconductor devices. It can be made of semiconductors such as silicon or germanium.

What is the Difference Between a Standard Diode and a Switching Diode?

Another difference is that a standard diode conducts current in one direction only whereas the switching diode can switch in both directions.

However, switching diodes are designed to conduct electricity as slowly as possible, and if too much current was passing through them, they would simply stop functioning. 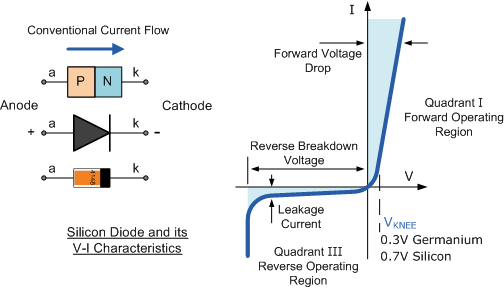 Here are the key features and characteristics of a switching diode:

-Turn-on time: This is the time taken for the switching diode to turn on from its cut-off. The shorter the turn-on time the better as it implies the diode is super reactive.

-Reverse recovery time: This is the time taken for the diode to turn off after it has been activated. This is inversely proportional to the switching diodes turn-on current.

-Voltage and current ratings: There are two ratings for a switching diode, one for voltage and another for current. The higher the rating, the better as it implies that there will be no overloading during the operation of the diode.

-Regeneration time: This is the time taken for the diode to recover its charge after a turn-off.

-Temperature rating: This is the maximum temperature at which the switching diode can be used with no damage occurring to it.

-Vacuum ratings: The higher the vacuum rating, the better. It signifies that there will be no damage to the diode when exposed to high vacuum conditions. 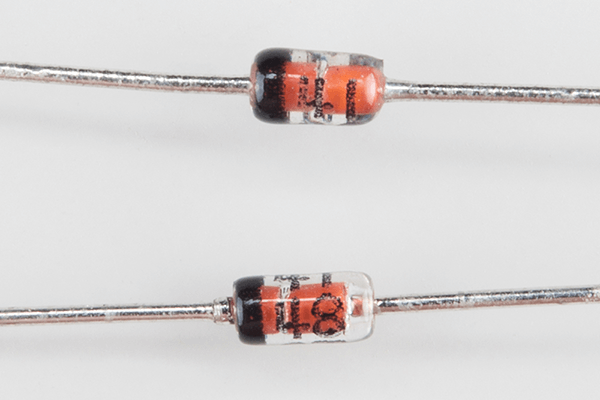 Switching diodes are grouped into different classes mainly based on their various performance parameters. The most common types of switching diodes include;

-Low-voltage diodes: These diodes are used to provide low voltage switching. They are widely used in applications such as neon signs, battery chargers and radio frequency (RF) relays.

-Unipolar switching diode: These diodes are used to provide unipolar switching. They are widely used in applications such as pager transmitters and high voltage rectifiers.

-Fast switching speed: Compared to other diodes, switching diodes are very fast in switching. This is due to their small size and the fact that they are unipolar.

-Low forward voltage drop: The operating voltage of a switching diode is very low as compared to other diodes. This allows it to be used as a DC-DC converter in power supplies, where the output is always at high voltage.

-Good efficiency: Due to the fact that switching diodes are unipolar, they have high efficiency. This means that they consume less energy for switching and can therefore be used in applications such as battery chargers and radios where the power consumption is important.

-High reliability: Most switching diodes have high reliability because of their low reverse breakdown voltage (Vr). This means that if one fails, there are plenty more available to switch current through without damaging anything else connected to it or causing any other damage.

-Small size: Due to their small size, they can be easily integrated into circuits without affecting their performance significantly or creating too much heat. They can also be integrated into many types of packaging without problem, which means they can be used in many applications where space is limited or where space cannot be wasted on large components such as inductors and capacitors but instead on small components such as diodes.

-Low cost: Due to the fact that most of them are so cheap compared to other types of diodes, these can often be bought in bulk quantities which reduces costs further still.

-Low noise: Many of these diodes are low noise diodes which make them great for applications where the performance of the circuit or device is not important but rather its output noise. This can be used to reduce the interference that is caused by the input signal on a radio receiver, for example.

-Good temperature performance: Due to their small size, they can handle higher temperatures than larger components such as inductors and capacitors. They are also less likely to suffer from thermal runaways due to their construction.

How do you test a switching diode?

The simplest way to test a switching diode is to use an ohmmeter. To this end, the following procedure can be used:

-Short the two ends of the test leads together.

-Connect the meter leads to each end of the diode.

-Set the meter for continuity and measure for resistance between the two test leads.

-If there is no continuity, replace or repair the diode.

-If there is continuity, replace or repair the diode.

Where can I buy a switching diode?

Switching diodes are a very important component in most electronic circuits. They help make electronic circuits more reliable and efficient. As such, they are used in many consumer electronics products, especially those that use switching power supplies.

I hope that with this information, you will make a smart decision when it comes to buying switching diodes.