What Breakers Are Compatible With Federal Pacific? 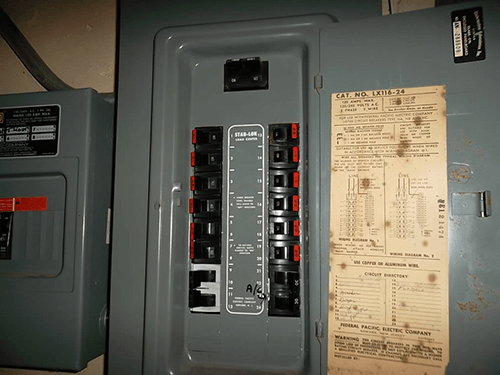 When it comes to buying circuit breakers, you should always buy ones that are compatible with the electric panel. This will not only ensure there is a smooth operation of the circuit breaker but also enhances the safety aspect of your electric circuit.

Federal Pacific Electric, also known as FPE, is a manufacturer of electrical equipment. This includes circuit breakers, wiring devices, and other related products. Their circuit breakers are mainly used in residential buildings and commercial buildings. FPE has been in the industry since 1917. However, they are not active today.

Federal Pacific Electric Company was established in 1917 by George Westinghouse and Alexander Brown. The company headquarters was located in New York City but it soon moved to Connecticut due to financial issues.

In the early years of its establishment, FPE manufactured a lot of different items including electric motors, light fixtures, and appliances among others. The company was later purchased by a group of men that formed General Public Utilities Corporation (GPUC). GPU had no interest in the manufacturing aspect of the business hence they sold all their assets to Hubbell Incorporated who continued production until 1986 when production ceased completely due to poor quality products.

FPE was involved in various lawsuits during its existence as many people complained about their products being faulty and dangerous for use on homes and commercial buildings. The circuit breakers were known for being fire hazards that could cause electrocution if handled improperly or used incorrectly on an electrical system that had high voltage levels such as those found in industrial buildings or factories where there are heavy duty electrical equipment is used like cranes or elevators among others which require very high amount of power to function.

After stopping the production, very few circuit breakers were produced to replace the Federal Pacific breakers. There are numerous reasons for this and at the top of the list is the tainted name of the brand.

The main reason for this is that they could not be sure that their own brand name would not be contaminated by the bad reputation of Federal Pacific circuit breakers.

So, it was best for them to avoid any problems that might arise from using a Federal Pacific circuit breaker by manufacturing a breaker with similar features and specifications but with a different brand name.

This is why you might find some breakers that are considered replacements for the Federal Pacific circuit breakers. They are made exactly like FP circuit breakers but have a different brand name on them such as Square D, Cutler Hammer, General Electric, GE and others.

Also, Connecticut Electric breakers come with a 1-year limited warranty, which is the most comprehensive warranty that you can get for any kind of circuit breaker.

If you are looking for breakers that will perfectly fit into the Federal Pacific panels and will provide you with the highest safety and performance standards, then Connecticut Electric is the best brand that you can go for.

The only downside to using Connecticut Electric breakers is that they are slightly more expensive than other brands like Square D, Cutler Hammer, and even Federal Pacifics.

However, if you want to invest in your home’s safety, then going for an expensive product will be worth it in the long run.

The most popular ones are the 15-amp 30-volt models that are ideal for home use.

Connecticut Electric circuit breakers can be easily installed in Federal Pacific panels without having to replace the old breaker boxes or panels themselves since they fit perfectly into the old ones. You will just need some basic tools like screwdrivers, pliers, and wire cutters to install them in your panel box. The process is very simple and does not require any special skills or knowledge about electrical circuits:

From the reasons that we have discussed, it is clear that it is hard to get perfect circuit breakers that are compatible with Federal Pacific. So, what should you do if you already have an old Federal Pacific service box?

There is one ideal solution that you should consider implementing: Replace your old Federal Pacific panel.

-You will be able to fix all of the problems that we discussed above and eliminate them for good.

This way, you won’t have to worry about them in the future.

-You will be able to take advantage of today’s technology and have all of your electrical circuits protected by modern circuit breakers.

– You will be able to use a brand new breaker panel that has an advanced design and features, as well as a stylish look that is pleasing to the eye.

Now you have some clue on the right circuit breakers for your old Federal Pacific panel.

If you don’t want to take that unknown route, consider changing your panel. Simply contact us for quality electrical panels for sale. We are a reputable sourcing agent and will get genuine breaker panels in China.