PC28F00BM29EWHA is a component that was produced by Micron. Flash is the category that it falls within. It uses various industrial, aerospace, defense, enterprise projectors,  enterprise systems, personal electronics, and tablet computers.

And the primary specifications of this component are as follows: NOR Flash Parallel 3V/3.3V 2G-bit 256M x 8/128M x 16 100ns 64-Pin Fortified BGA Tray. In addition, it is environmentally friendly and RoHS compatible (Lead-free / RoHS Compliant).

What is NOR Flash Memory?

The most common applications for NOR flash are those that require individual bytes of data to be written and read, as well as applications that require random access and execute-in-place access techniques. NOR moment is utilized most frequently in settings that call for execute-in-place access techniques. There is no difference in the amount of time required for each read access; sequential read access is no faster than random access. Cycles of erasure and programming can frequently be quite lengthy.

The capacity of today’s NOR flash devices ranges anywhere from a few hundred megabits to a few gigabits or less. Before writing data, individual bytes or sectors may need to be wiped from the device, and the erase/program speeds are often slower than one megabyte per second (MB/s).

The data integrity of NOR flash memory is often rated to be maintained for at least 20 years, contributing to the medium’s high level of reliability.

Benefits of NOR Flash

The primary benefit of NOR is its superior read performance compared to that of a similar NAND device. Read speeds for NAND multi-level cell (MLC) flash devices are estimated to be around 20.5 MBps, while for identical NOR MLC flash devices, read speeds of 61.5 MBps have been benchmarked (megabytes per second).

However, writing to and erasing from NOR storage takes a lot longer than it does from NAND storage. A NAND MLC device has a write speed of 3.2 MBps, but a similar NOR MLC device has a write speed of just 0.47 MBps. A further restriction on total storage capacity is imposed by the small size of its cells. Use scenarios where only a small amount of data needs to be saved and where the majority of storage IO (input/output) is read. IOPS (input/output operations per second) will benefit most from NOR. When combined with NOR’s blazingly fast read speed, its inherent restrictions make NOR a poor fit for many applications.

This is why NOR flash is widely used in portable electronic devices such as tablets and smartphones. Such devices typically include slimmer operating systems that can be easily packed into the relatively little memory found in NOR. Due to NOR’s typically excellent read speed, the device’s OS may be booted significantly faster than if installed on NAND storage.

Additionally, NOR is an excellent option because mobile operating systems rarely require extensive writing. However, OS upgrades may be delayed due to the slow write speed of NOR flash cells. 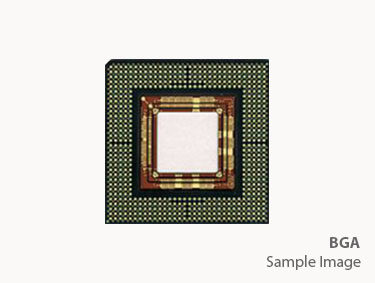 Reading while Programming and Erasing

They are serial, use a tray for packaging, have an operating temperature range of -40°C to 85°C (TA), and have a parallel interface. The packaging case is shown in the datasheet comment as being suitable for use in a 64-TBGA. The device can also be used as 64-EasyBGA (8×10) Supplier Device Package. In addition, the Memory Size is 1G (64M x 16), the device is offered in FLASH – NOR Memory Type, the device has a 95ns of Speed, and Format Memory is FLASH.

speed is shown on datasheet note for use in a 95ns, which offers Series features such as Axcell?, Packaging is designed to work in Tray, and the 64-TBGA Package Case, it has an Operating Temperature range of -40°C ~ 85°C (TA). In addition, the Memory Type is FLASH – NOR, the device is offered in 1G (64M x 16) Memory Size, the device has a Parallel Interface, and Format Memory is FLASH.

This component, part number PC28F00BM29EWHA, is manufactured by Micron and is available from Worldway Electronics. It is classified as Flash content. It’s used in manufacturing, aerospace and defense, business projectors, business systems, consumer devices, tablets, and more.

For more details on PC28F00BM29EWHA, contact us at ICRFQ. We are the best distributors of flash devices among other electronic components in China.