PIC18F4520 is a low-cost, low-power, high-speed, fully-static microcontroller unit with 40 pins, 36 of which can be utilized as I/O pins. It also has a fully-static architecture. POR stands for power-on-reset, and the WDT circuitry, also known as the Extended Watchdog Timer, allows for settings ranging from 4 milliseconds to 131 seconds.

Either of the two clock signals generated by the PIC18F4520 device’s internal oscillator block can serve as the microcontroller’s clock source. The PIC18F4520 device has an inner oscillator block. External oscillator circuits on OSC1 or OSC2 pins may not be needed. While it is still installed in the end application circuit, the PIC18F4520 microcontroller can be serially programmed. This straightforward process requires only two lines—one for the clock and another for the data—and three more lines each for power, ground, and the programming voltage.

PIC18F4520 also includes 3 programmable external interrupts and 4 Interrupts-On-Change (IOC) pins, both of which are dependable features for applications that are tied to interrupts. Additionally, a 13-channel, 10-bit ADC converter module is present in the system.

As a result of its broad operating voltage range, which extends from 2V to 5.5V, it is suitable for logic-level tasks that require either 3.3V or 5.0V. 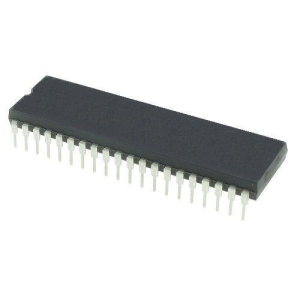 This is a simple microcontroller unit that falls within the midrange of 8 bits and can be utilized in the following applications:

What are PIC microcontrollers?

PIC microcontrollers, also known as Programmable Interface Controllers, are programmable electronic circuits capable of performing various functions after being given specific instructions. They can be programmed to perform multiple functions, including acting as timers and controlling production lines. They are present in the vast majority of electronic equipment, including security alarms, computer control systems, phone systems, and pretty much any other electronic device you can think of. There is a wide variety of PIC microcontrollers available, but the ones likely to perform the best are part of the GENIE family of programmable microcontrollers. The software known as Circuit Wizard is used to both programs and simulate these.

PIC Microcontrollers can either be purchased as pre-built circuits or as kits that require the user to assemble the components themselves. They are reasonably priced.

You will need computer access to run software like Circuit Wizard, enabling you to write code for a PIC microcontroller circuit. It should not be too challenging to execute the software, even on an inexpensive machine with low specifications. The computer will require either a serial port or a USB port in order to function correctly. This is what is utilized to connect the computer to the circuit that contains the microcontroller.

Free software downloads like Genie Design Studio are available to users on our website. It is possible to use it to program circuits for microcontrollers. Before downloading the software to a PIC microcontroller IC, the programmer is given the ability to simulate it first (Integrated Circuit).

The programmer can change the program and repair any errors by simulating the program on the screen.

Because it is built on flow charts, the software may be learned quickly and easily. The ‘boxes’ that make up a flow chart each serve a specific purpose and take the place of several lines of text programming code. This translates to a much-shortened amount of time spent writing software that contains significantly fewer errors.

The computer and the programmable circuit are linked together by a USB lead, which enables the transfer of the program from the computer to the PIC microcontroller IC.

When compared to free downloads, the Circuit Wizard software offers numerous benefits. It is an electronics software suite described as “easy to use.” On-screen simulations allow the construction and testing of even the most sophisticated circuits. This enables the testing of circuits before their production, which is quite convenient.

A selection of GENIE Microcontroller circuits or project boards can also be “dragged” onto the screen from a menu using Circuit Wizard, another feature of this program. Additional menus can be used to add inputs and outputs to the system. After that, the GENIE microcontroller circuit/project board can be programmed by utilizing the flow chart menu included in Circuit Wizard. On the screen, it may be tested entirely or simulated, and any errors can be fixed or modifications made. This software is highly recommended when designing and building programmable circuits for microcontrollers.

We hope you’ve gained some knowledge from this article. If you believe we missed something, please post it in the section below, and we will investigate. We also have additional relevant content on our website; please feel free to explore them.

If you wish to make an order or require information about PIC18F4520, please contact ICRFQ, your leading electronic distributor in China, and we will see to your needs.